Page revised in February 2021. The text and the images of pages covering Syrian locations are based on a visit made in April 2010. They do not reflect the impact of the Syrian civil war.

- Cilicia and Upper Mesopotamia
(Detail of a relief at Karatepe)

Hittites, Assyrians, Persians, Greeks, Romans, Byzantines, Arabs, Armenians, Mamelukes and Mongols in turn conquered Cilicia and Upper Mesopotamia until these two regions became part of the Ottoman Empire in the early XVIth century. For this reason they retain monuments of different civilizations and of various periods; they knew centuries of great economic development as well as of abandonment and poverty. 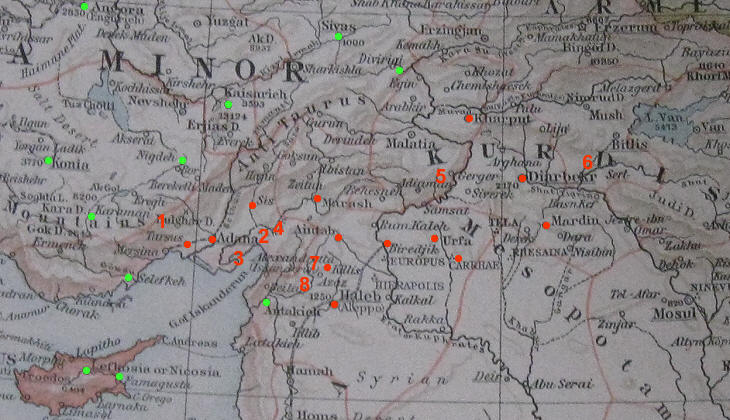 From a geographical point of view Cilicia and Upper Mesopotamia are characterized by being crossed by large rivers: these come from the mountains which are located to their north: Cydnus (today Tarsus Cay), Sarus (today Seyhan) and Pyramus (today Ceyhan) reach the Mediterranean Sea at its north-eastern corner; the Euphrates and the Tigris each have a very long course and they eventually empty into the Persian Gulf: the land between these two rivers is known as Mesopotamia (in Greek: between rivers).

The Seyhan meanders near Adana Airport

Since most ancient times the abundance of water carried by these large rivers required the development of appropriate irrigation systems in order to avoid floods and to increase the land which could be farmed; historians and archaeologists regard these two regions and parts of today's Syria and Iraq as a cradle of civilization where some of the first complex societies developed (the so-called Fertile Crescent). 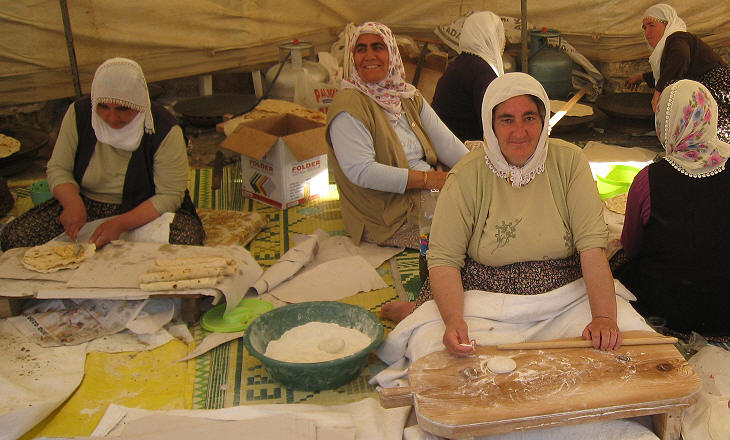 Women preparing bread at a festival at Ulu Cami in Tarsus

Today Cilicia is part of the Republic of Turkey and is known as Cukurova. Although its population has lost its Armenian component it still has a great variety of ethnic origins, which leads to different costumes, festivals and ways of cooking. 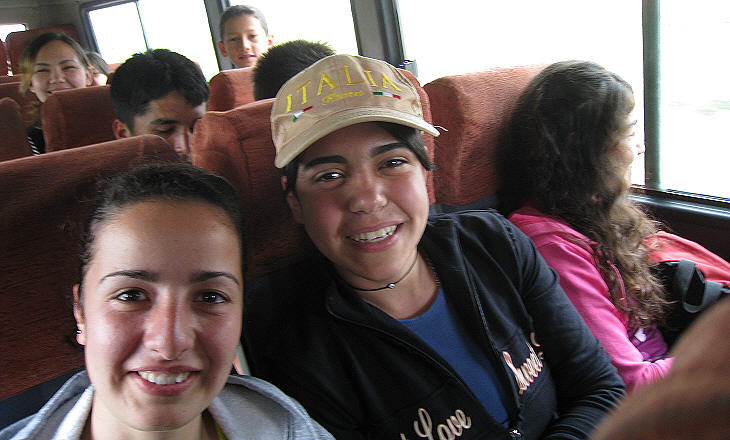 These traditions coexist with a modern lifestyle; yet in some of the rural areas a tourist who boards a local bus is still a rare bird, which means he is the object of some curiosity, especially if he comes from a foreign big city. 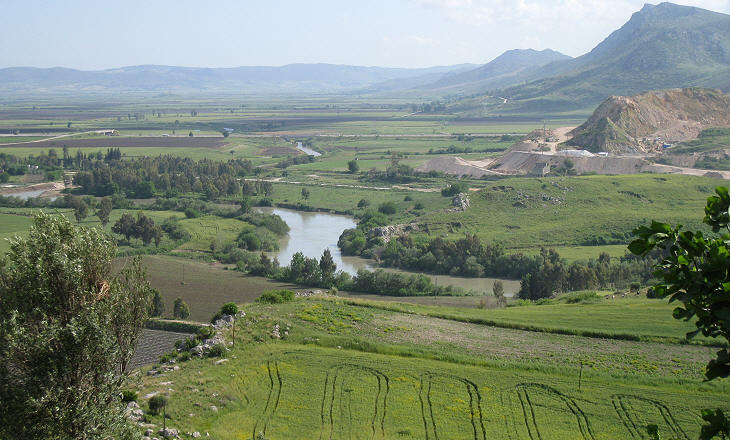 View of the countryside from Yilanli Kale

Today Cukurova is regarded as the most fertile region of Turkey, a bountiful land; it was not always so; there is evidence that ancient Cilicia had rich towns, but the too many invasions it experienced between the VIIth and the XVIth century turned it into a winter pasture for sheep and goats. Only in the early XIXth century the introduction of cotton plantations and the consequent irrigation works started the process which led to today's wealth. 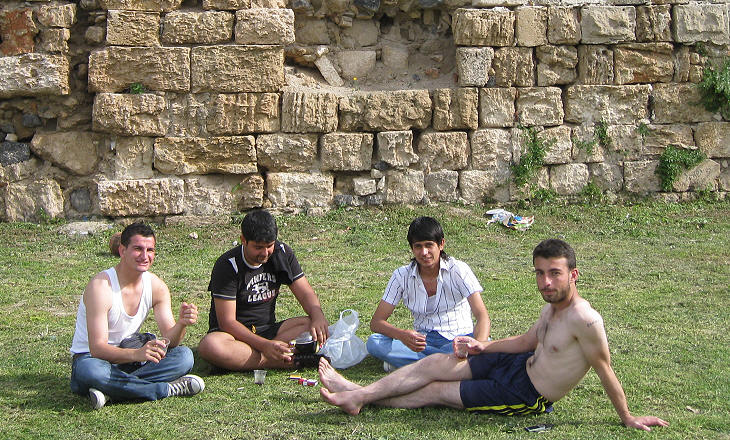 For many centuries Cilicia was a Christian kingdom surrounded by Muslim countries. When in 1071 the Seljuks defeated the Byzantines at Manzikert in Armenia, some local noblemen fled their country and established small fiefdoms in Cilicia, which was still a Byzantine territory; over time the links with Constantinople were cut and the Armenians founded the so-called Kingdom of Lesser Armenia; they managed to retain their independence by helping the Crusaders and later on the Mongols in their wars against the Arabs. The port of Laiazzo (today Yumurtalik) was one of the final destinations of maritime routes from Genoa and Venice; it is thought that Marco Polo landed there on his second journey to China. 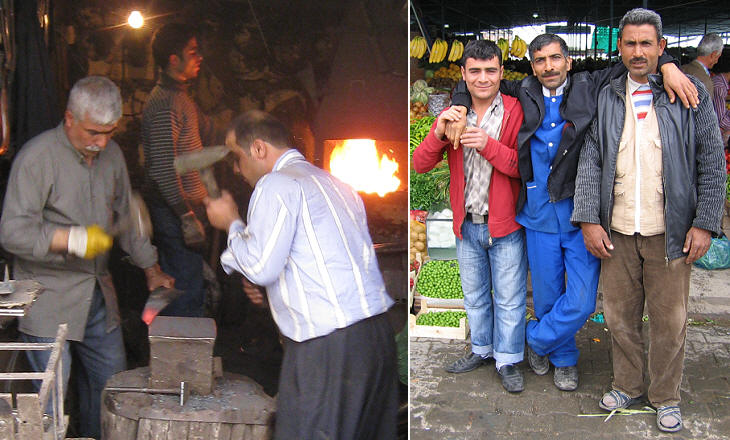 (left) Striking while the iron is hot at Gaziantep; (right) grocers at Birecik

The growth of the Hittite power is in part attributed to their advanced metallurgy which led to possessing iron weapons and tools before other civilizations; when the Hattusan Empire collapsed some minor Hittite states were founded in Cilicia; this comes to mind when seeing the manufacturing of tools for farming. 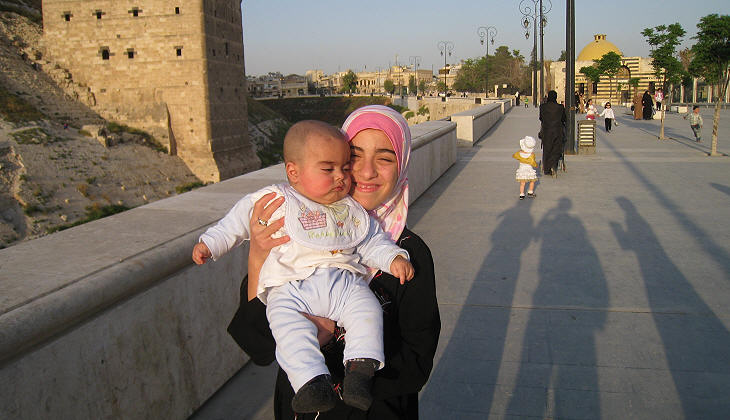 A proud mother and her baby at Aleppo in April 2010 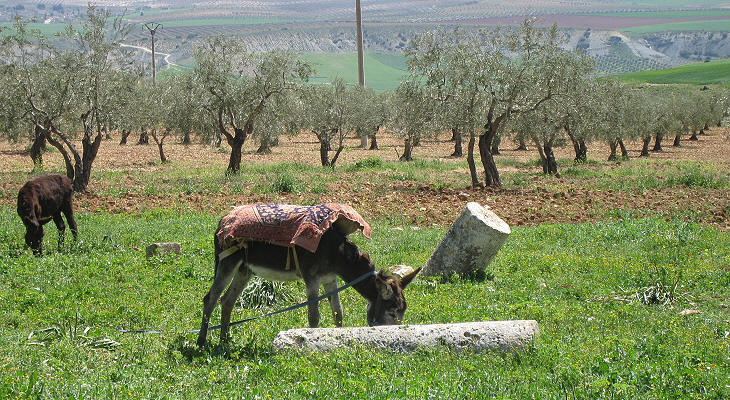 They may not attract thousands of visitors, they may not be marked with three stars in tourist guides, they may not be included in the UNESCO World Heritage List, yet some minor archeological sites of the region are well worth a visit, also because of the countryside surrounding the ancient ruins, similar to what occurs in Tunisia. 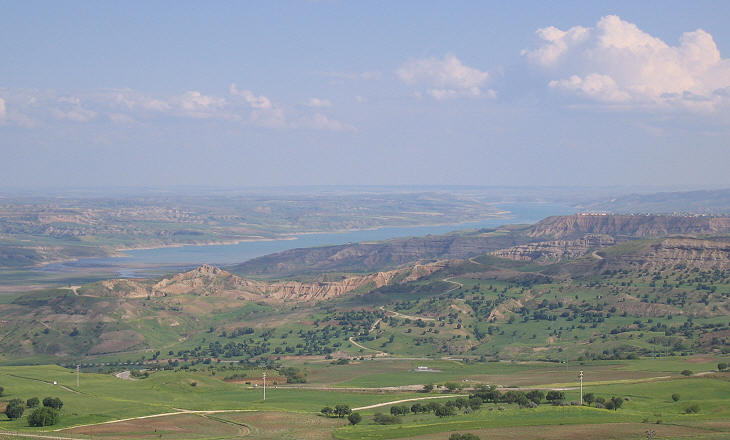 In the 1970s the Turkish government launched a major initiative to raise living conditions in south-eastern Anatolia (GAP program). A key objective of this project was the increase of irrigable farmland; this was achieved by building dams on the Euphrates and the Tigris.

Abraham, the patriarch of Jews, Christians and Muslims was born in Ur, which is identified by many experts with today's Sanliurfa in Upper Mesopotamia; according to the Bible this town was founded just 30 years after Noah's flood. The cave where the patriarch was born attracts quite a number of pilgrims. 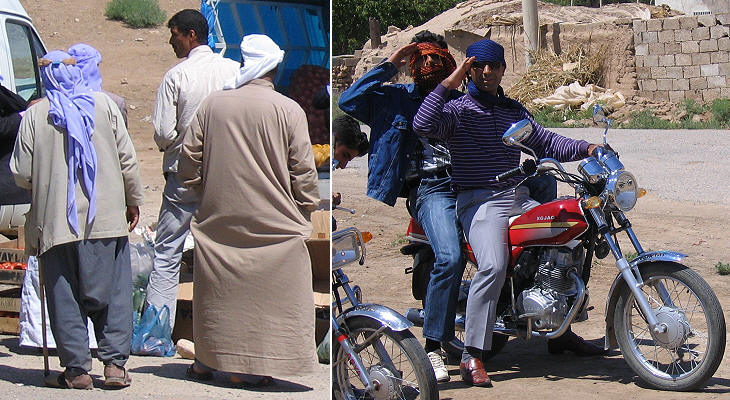 Carrhae (today's Harran) in Upper Mesopotamia was a very unlucky location for the ancient Romans. In May 53 BC Marcus Licinius Crassus was defeated by the Parthians and lost his life. In 217 AD, while leading his army in another war against the Parthians, Emperor Caracalla was assassinated by his own guards. Mesopotamia was the easternmost region conquered by the Romans. 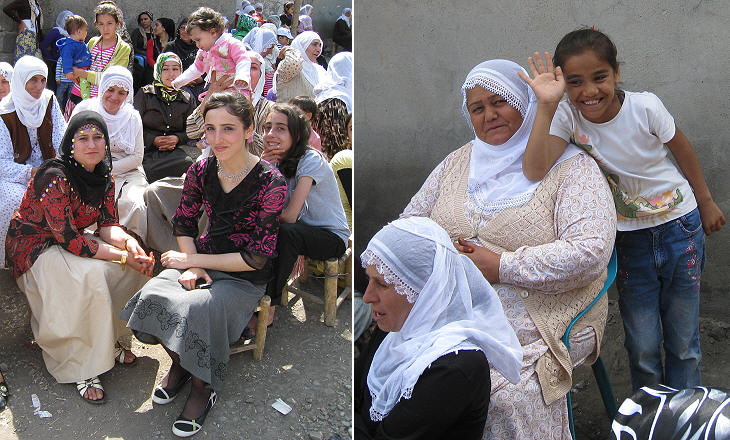 Women at a folk festival in Diyarbakir in early May 2009

Sanliurfa (Glorious Urfa), Gaziantep (Heroic Antep) and Kahramanmaras (Victorious Maras) owe their current names to the reaction of their inhabitants to French and British troops in the period between the collapse of the Ottoman Empire (November 1918) and the end of the Turkish War of Independence (July 1923). In the partition of the old empire Great Britain was assigned a mandate over Iraq and France over Syria; the two western powers included in these territories Cilicia and Upper Mesopotamia and sent troops there, but they eventually had to withdraw and to give up their claims. The border between Turkey and Syria follows for most of its length the track of the Constantinople-Baghdad railway, rather than being based on ethnic or geographical criteria. 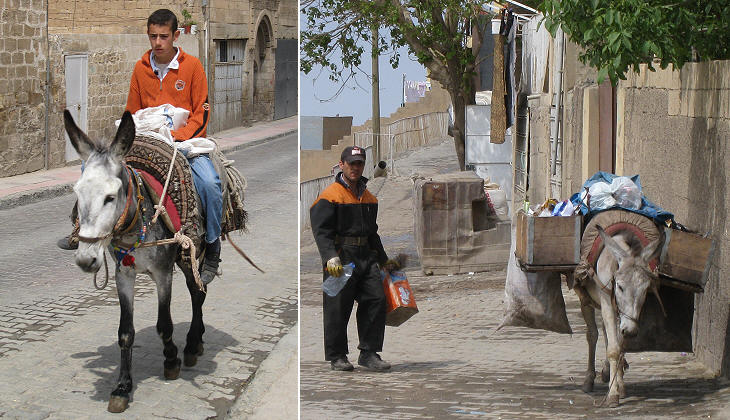 Donkeys earning their living at Mardin

Cilicia gave its name to cilice, a coarse undergarment made with the wool of a Cilician goat. It was used by early Christians to induce some pain as a sign of repentance and atonement. Today the word applies to any device worn for the same purposes (you may wish to see a cilice on the left thigh of the statue of Nile in Piazza Navona in Rome - it opens in another window). 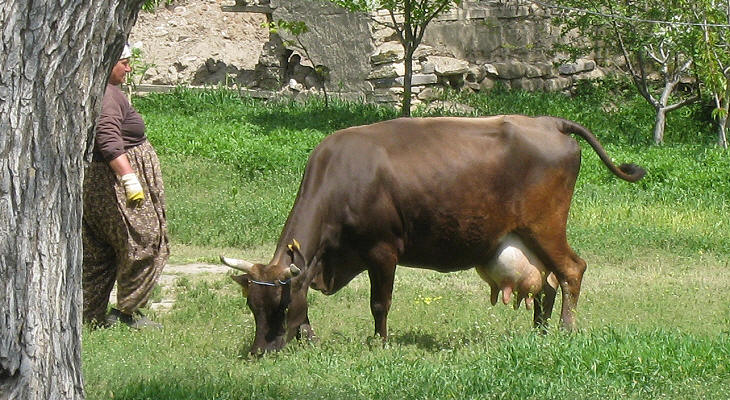 In many countries one sees cows only on milk chocolate bars; in Turkey cows are given a chance to enjoy their life and eat what they actually like to eat. 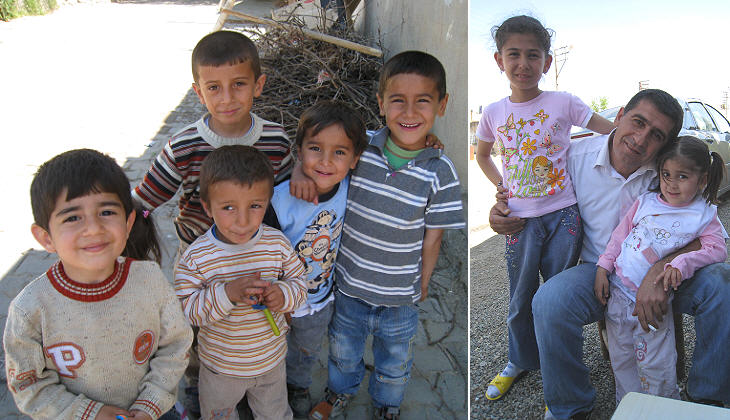 The image used as background for this page shows two colossal heads of the tomb of King Antiochus I of Commagene on the top of Mount Nemrut.