- Kilis
(Detail of a relief at Karatepe)

Kilis is a small town only three miles to the north of the border between Turkey and Syria, on the highway linking Gaziantep in Turkey with Aleppo in Syria. Its climate and landscape range between that of the Mediterranean Sea and the desert of Eastern Mesopotamia. Its history is closely associated with that of Aleppo. 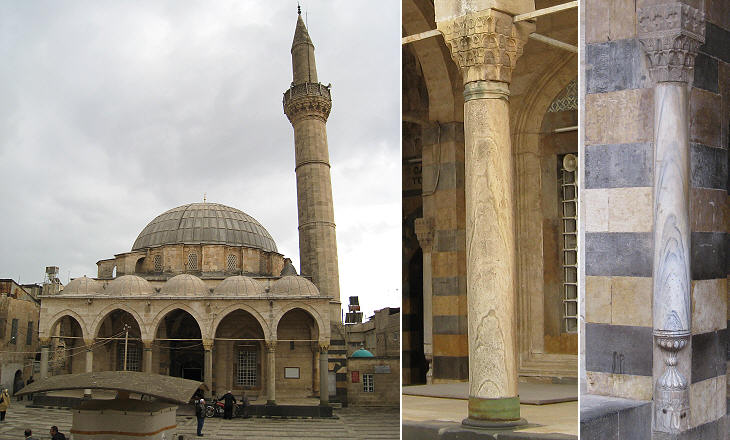 Kilis was annexed to the Ottoman Empire in 1515 when Sultan Selim waged war on the Mamelukes of Egypt; the sultan assigned the town as a fiefdom to Canbolat Bey, a member of a local powerful family who had spent part of his youth in Constantinople. In 1553 Canbolat Pacha built a large mosque in excellent Ottoman style, to the point that some claim it was designed by the great architect Mimar Sinan. 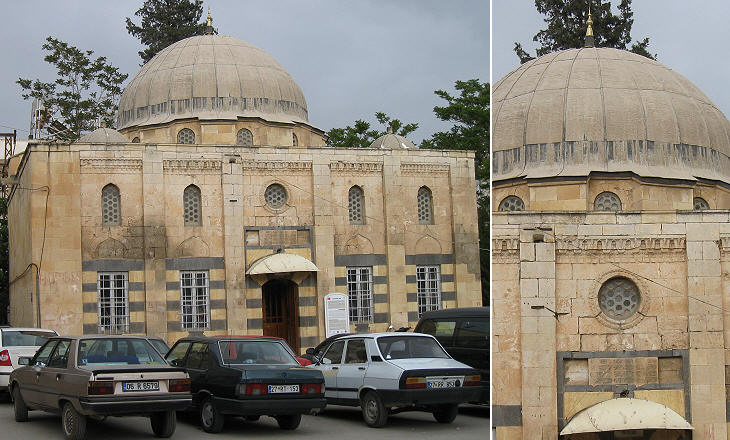 Konya's most famous monument is the mausoleum of Mevlana Jalal-ad-Din Muhammad, the founder of the Mevlevi Order, known as the Whirling Dervishes. In 1525 a Dervish lodge (a sort of monastery) was built in Kilis, of which the semahane is the only remaining building: the semahane was the hall where the ritual whirling dances took place.
A characteristic of many buildings in Kilis is the use of a local yellowish stone which over time has acquired a darker tone; those enthusiastic about Kilis say that the town has the colour of honey. 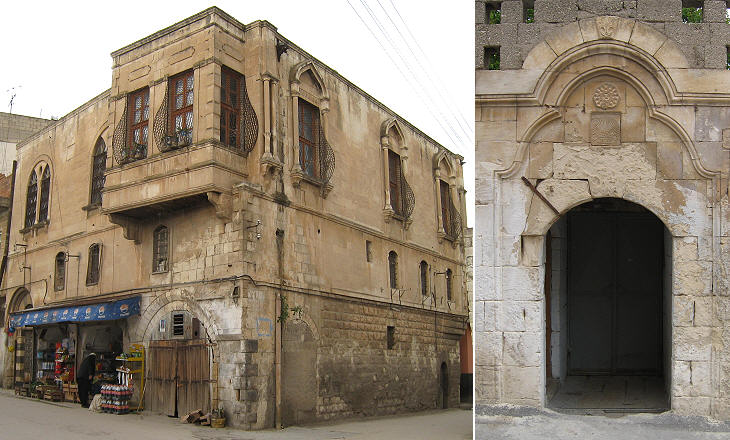 Kilis is built on the slope of a low hill; luckily its new quarters have been developed on the plain and the net of streets of the old town (a real maze) has seen only minor modifications; most of the houses belong to the late XIXth century, but their design is evocative of traditional styles (more Arab than Ottoman). 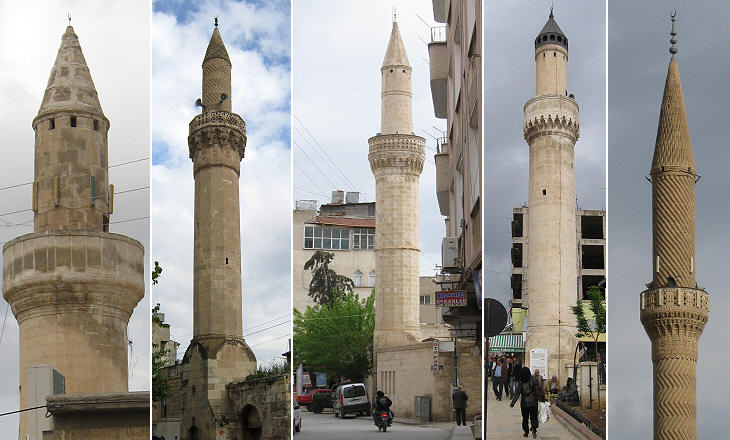 Classic Ottoman minarets are very slender and are usually pointed; the local tradition favoured thicker and lower structures: in some instances a pre-Ottoman minaret was made higher by adding a final part. In recent years Turkish authorities have promoted the construction of mosques and minarets designed according to Classic Ottoman patterns. 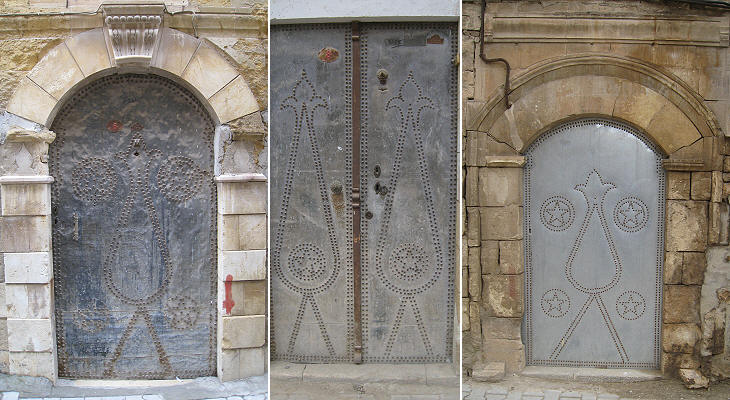 The practice of decorating metal doors with nails is not unique to Kilis (see other doors at Aleppo), but in this town the tradition is not lost. 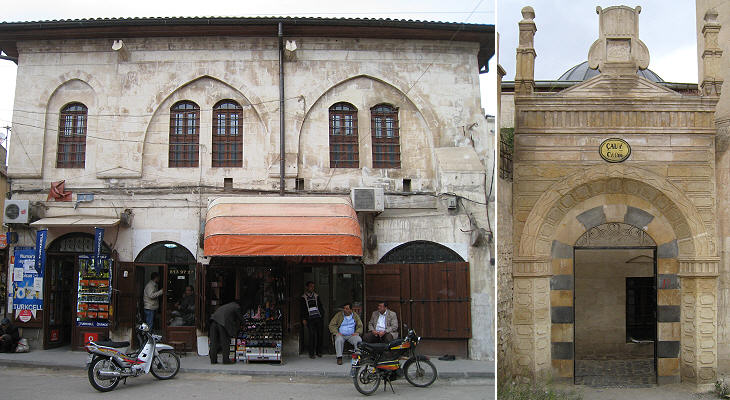 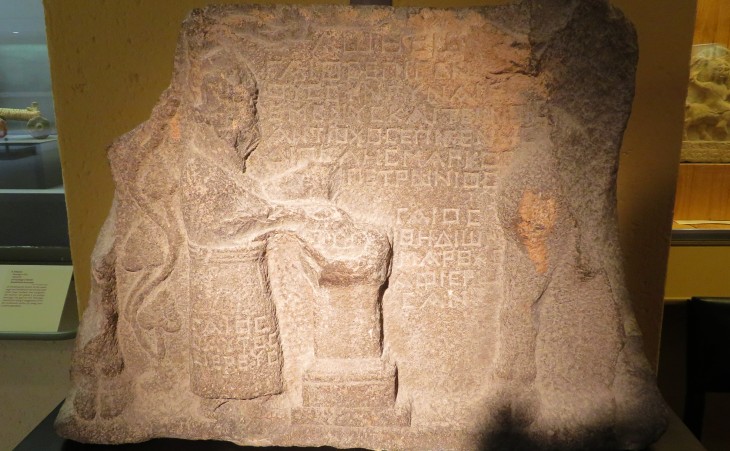 Brussels History & Art Museum: Ist century AD votive relief found in the environs of the town; it most likely decorated the pedestal of a statue of Baal or Jupiter Dolichenus