Fatti non foste a viver come bruti
Ma per seguir virtute e canoscenza
Dante - Hell - Canto XXVI
Ye were not made to live like unto brutes,
But for pursuit of virtue and of knowledge
H. W. Longfellow's Translation
(Ulysses encourages his sailors to cross the Pillars of Hercules) - "Castles" in the Desert

- On the Road to Petra

- Madaba and Mount Nebo and the Dead Sea

- Amman and its environs

- Notes and comments on Petra

- Gubbio - The "Comune" Heyday and Gubbio - Wandering About

Nocera and Gualdo Tadino and Gubbio - page one

- Jaffa and A Glimpse of Tel Aviv

- Jerusalem: The Four Quarters and Outside the Walls of Jerusalem

- Jerusalem: The Crusader City, The Holy Sepulchre and Haram esh-Sheriff

- Tiberias and Holy sites in Galilee

Click here to see the coat of arms of Pope Francis (it opens in another window). 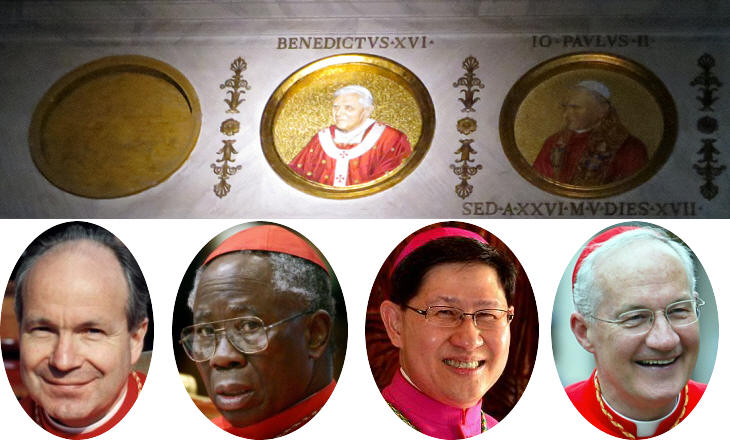 (above) Portraits of the popes at S. Paolo fuori le Mura; (below) some of the cardinals who could be portrayed in the empty space after Pope Benedict XVI: (left to right) Christoph Schönborn (Austria), Francis Arinze (Nigeria), Luis Antonio Tagle (Philippines) and Marc Ouellet (Canada) 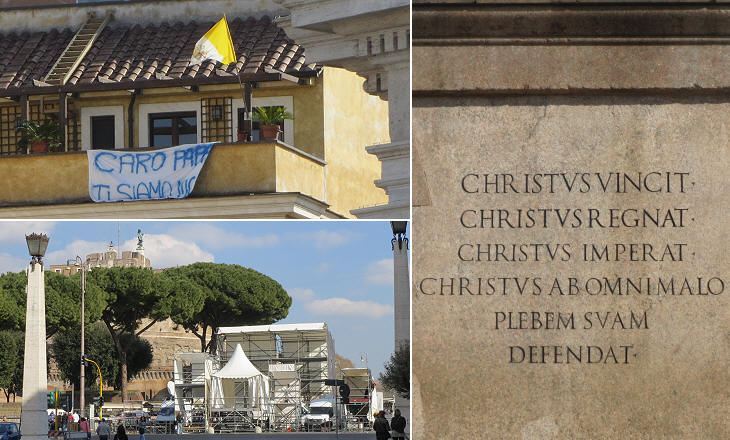 (February 21): (left-above) A balcony at SS. Michele e Magno: "Dear Pope our thoughts are with you"; (left-below) TV networks preparing their posts near Castel Sant'Angelo; (right) inscription dictated by Pope Sixtus V on the western side of the obelisk at Piazza S. Pietro: "Christ conquers, He reigns, He commands. May He defend His people from all evil." A forceful statement at a time of great uncertainty for the Roman Catholic Church 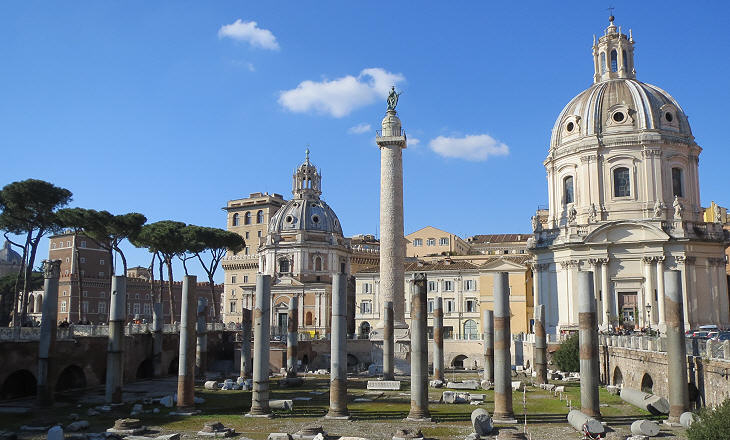 Pope Benedict XVI announced his resignation on February 11. On that day thunder roared and lightning flashed in the sky of Rome. According to the Prophecy of St. Malachy, Petrus Romanus, his successor will be the last pope and then the City of the Seven Hills will be destroyed. The Romans prefer to think that the Eternal City will perish when the statue of Emperor Marcus Aurelius loses its remaining gold leaf or, according to Venerable Bede, when the Colosseum falls. The photo was taken on February 14 and it shows Trajan's Column

- You may wish to see an old page on the election of a new pope. 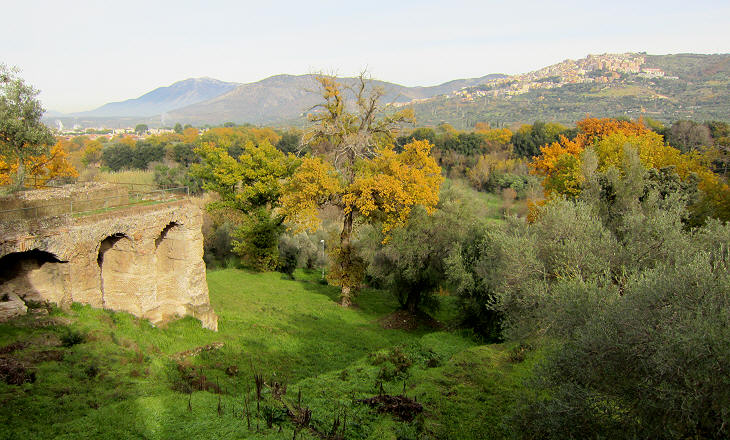