Roma Sparita (sparita = disappeared, lost) is the title usually given to a series of 120 water-colours by Ettore Roesler Franz, a Roman painter and photographer. In the 1880s he devoted himself to recording those parts of Rome which were being pulled down as a consequence of the new role acquired by Rome after the completion of the Italian unification process.
There are several web sites showing the water-colours by Roesler Franz and providing information on him.
Roesler Franz was not the only one who was fascinated by the disappearing aspects of Rome: this page shows some corners of Rome which do not exist any longer or have been significantly modified as portrayed in illustrations by other painters and engravers.
One driving force behind the changes occurred in the 1880s was the desire to isolate the monuments of ancient Rome from the medieval, Renaissance and Baroque additions and modifications. Examples of restoration of ancient monuments had already occurred in the previous centuries, but they were limited to a restricted number of monuments (e.g. Piramide di Caio Cestio, Colosseo, Arco di Tito, Arco di Costantino and Colonna Traiana). 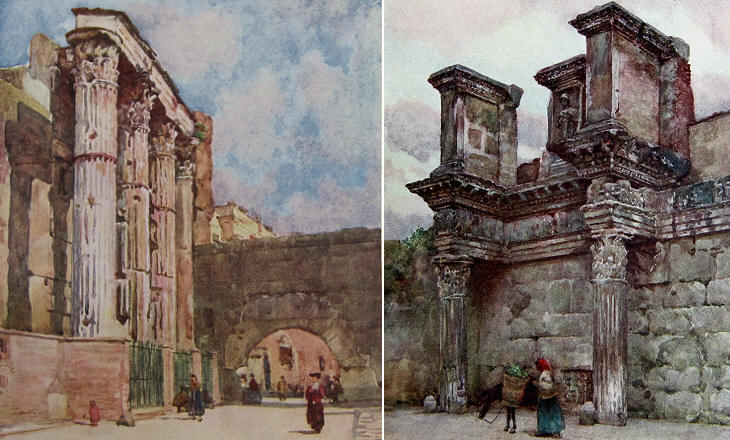 The area of the Roman and Imperial Fora was surrounded by hills and it was often subject to floods. The ancient Romans built a very efficient sewage system to drain the water and convey it to the Tiber. The system was damaged and eventually abandoned in the VIth century. Because of the floods the level of the ground in the area gradually rose in the following centuries to the point where only the upper part of the remaining temples was above the ground. While the Roman Forum was completely excavated by the end of the XIXth century, the Imperial Fora (to which the images above belong) were excavated in the 1930s. 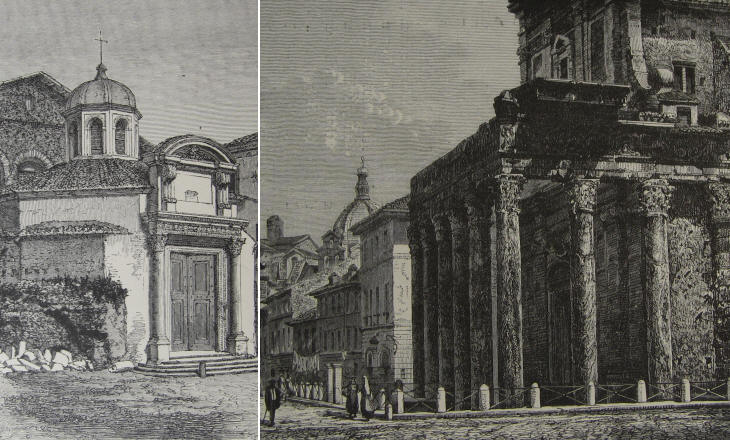 Initially the XIXth century excavations tried to find a compromise between the desire to bring to light the lower parts of the ancient temples and that of retaining the access to the monument at the modern ground level. Tempio di Antonino e Faustina/S. Lorenzo in Miranda in the Roman Forum is a striking example of a combination between an ancient temple and a Baroque church. The lower parts of the columns and the steps leading to the temple were excavated but a small bridge allowed access to the church, the floor of which is at a higher level than that of the temple. The compromise lasted only a few years and eventually the whole Roman Forum became an archaeological area; the church can now be accessed only from the rear door and the same applies to SS. Cosma e Damiano. 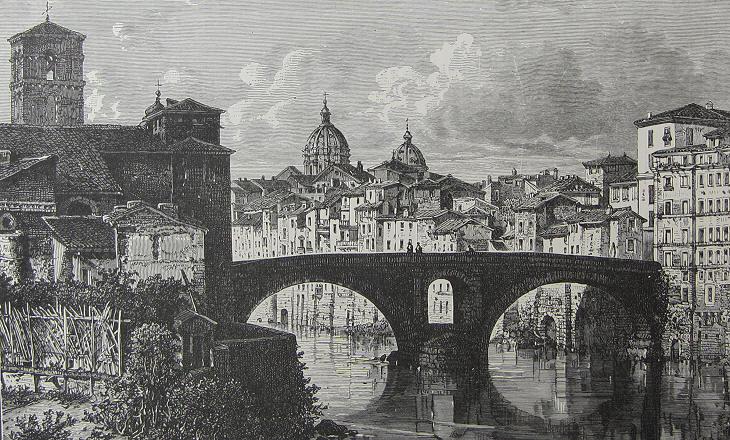 Ponte Quattro Capi and the Ghetto (from Wey)

Hygiene was another driving force behind the changes occurred in Rome in the 1880s. Pope Paul IV in 1556 segregated the Jews in a fraction of Rione S. Angelo called Ghetto. Its inhabitants were soon forced to add storeys to the existing buildings to accommodate the growing population of the community. The precarious and unhealthy living conditions in the Ghetto were described by many XIXth century travellers who reproached the Papal government for persisting in a practice abandoned in all other European developed countries. The tall buildings of the Ghetto were pulled down in 1888. 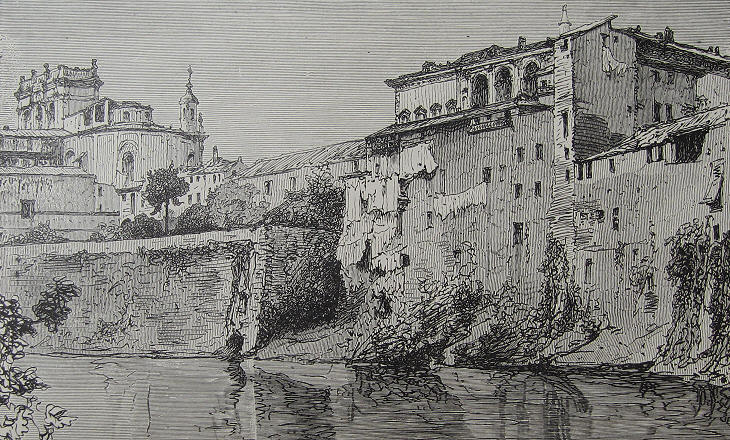 The Tiber near Palazzo Farnese (from Wey)

Hygienic worries were behind the decision to drastically modify the banks of the Tiber by erecting high walls to prevent floods. This led to the disappearance of gardens, small beaches, ferries and the remaining stretches of the ancient Roman walls along the river. 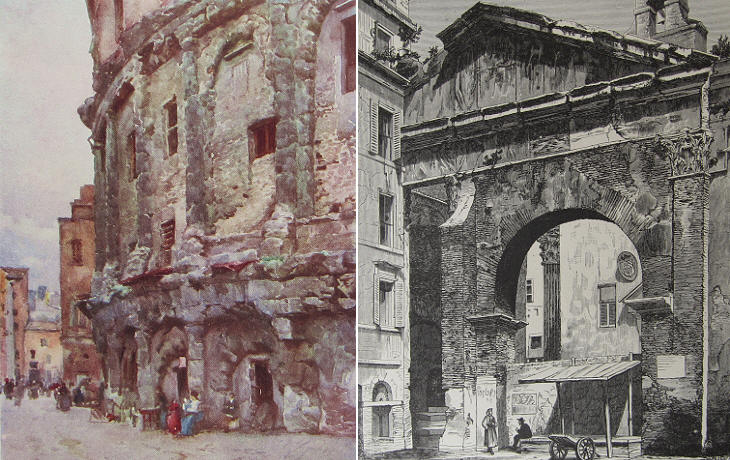 Roman monuments were turned into churches, palaces, monasteries, castles, theatres, but perhaps the most amazing change of use occurred to Teatro di Marcello, the arches of which nested a row of small shops, and to Portico di Ottavia which housed a fish market. 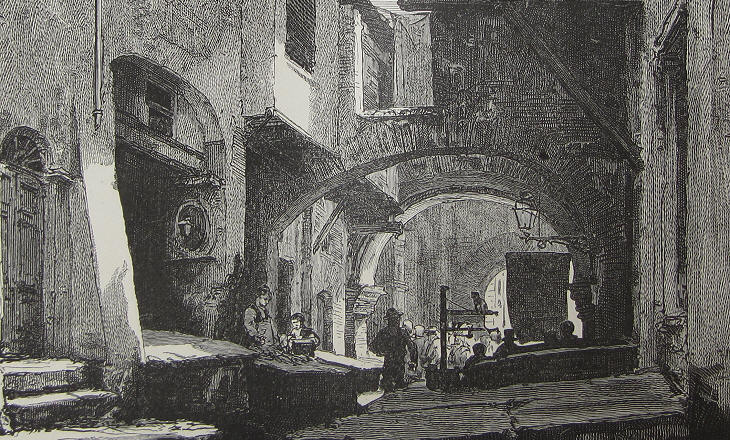 Other pages of this section:
Roman Forum
Interiors of Churches
Tivoli
Subiaco