Huge images of wild animals have been projected on to St. Peter's Basilica to highlight the importance of conservation on December 8, the first day of the Extraordinary Jubilee of Mercy

- A Residential Complex, Neighbourhood outside Porta Marina and a Directory of the Monuments of Ostia 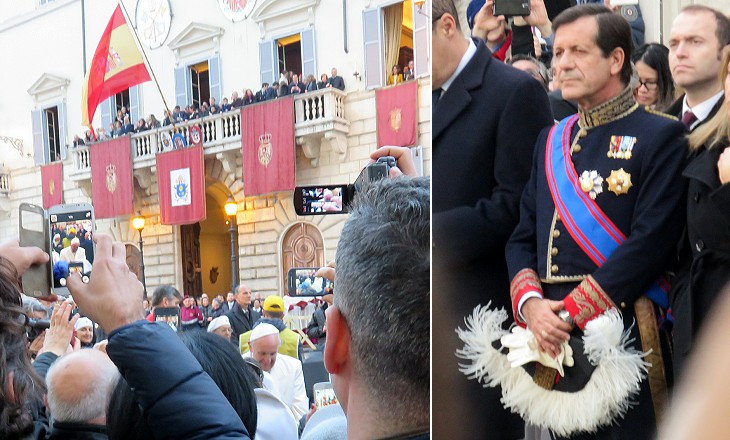 (left) Festa dell'Immacolata in the time of smartphones; (right) the Spanish Ambassador to the Holy See in high uniform is waiting to greet Pope Francis

- Forum and Southern Section of Cardo Maximus and

- A New Hall of Fame Quiz

- Decumanus Maximus: from Terme dei Cisiarii to Terme di Nettuno and Area between the Theatre and the Forum

- A New Hall of Fame Quiz

- Gates and Streets and Area near the Theatre

- Paestum: Other Monuments, Houses and The Museum

- Paestum: The Temples and The Walls 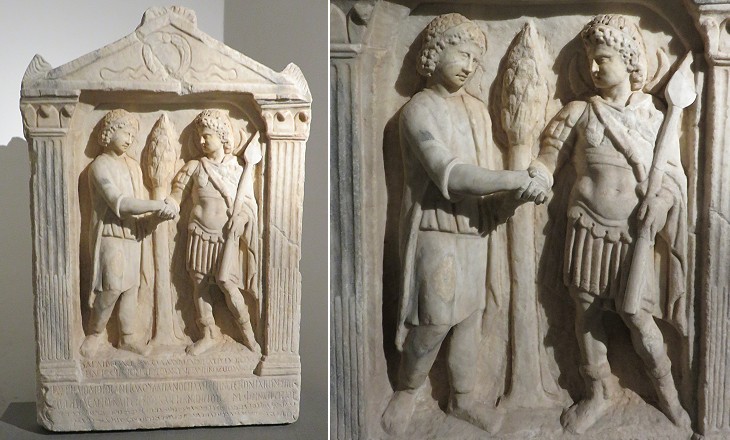 Musei Capitolini: Relief with a dedication to Aglibol and Malakbel who shake hands (found in Rome): "To the gods of the fatherland Aglibol and Malakbel. Caios Aurelios Heliodoros Adranos, son of Antiochos, from Palmyra, dedicated this ex-voto and the richly decorated silver statue at his own expense, for the salvation of himself, his wife and his children, in the year 547 (of the Seleucid epoch i.e. 235 AD) in the month of Peritio (February)."
Question: is mankind moving forward or backward? Fragment of a Ist century AD fresco at Antiquarium Lucrezia Romana, the newest addition to the archaeological museums of Rome. Situated near Villa dei Sette Bassi it houses exhibits found in the area

The Archaeological Museums of Izmir and Canakkale

The Archaeological Museum and The Great Palace Mosaic Museum

The Harem and Hagia Irene and Little Hagia Sophia 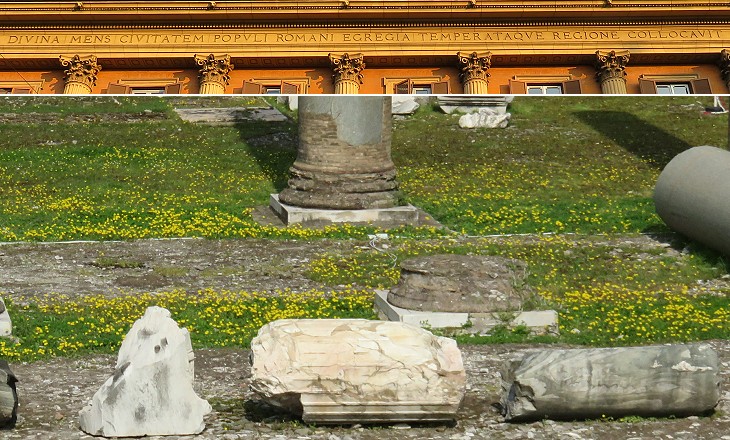 Roman Spring: (above) "A divine mind placed the City of Rome in a beautiful and temperate region" - inscription on an 1888 building near S. Maria Maggiore; (below) yellow daisies at Basilica Ulpia 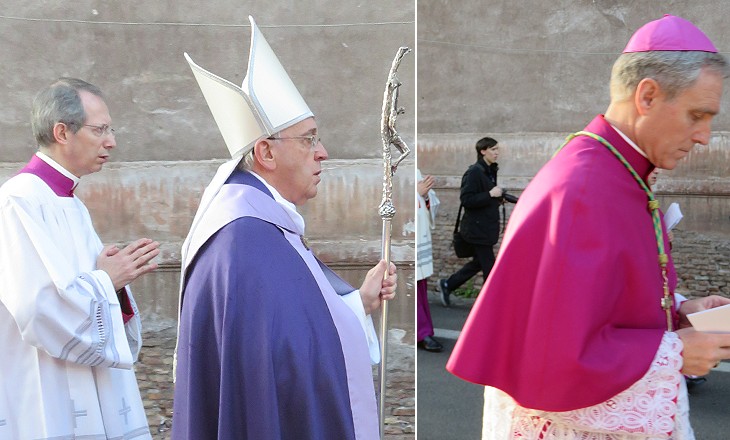 Pope Francis, Monsignor Guido Marini, Master of Pontifical Liturgical Celebrations, and Archbishop Georg Gänswein, Prefect of the Papal Household, at the Ash Wednesday procession at S. Sabina. Compare these images with those of 2006 and 2014

Byzantine Ravenna: Other Monuments and Roman and Medieval Cividale

- Grado and Roman and Byzantine Parenzo