- Matelica
(View from the walls of Ripatransone) 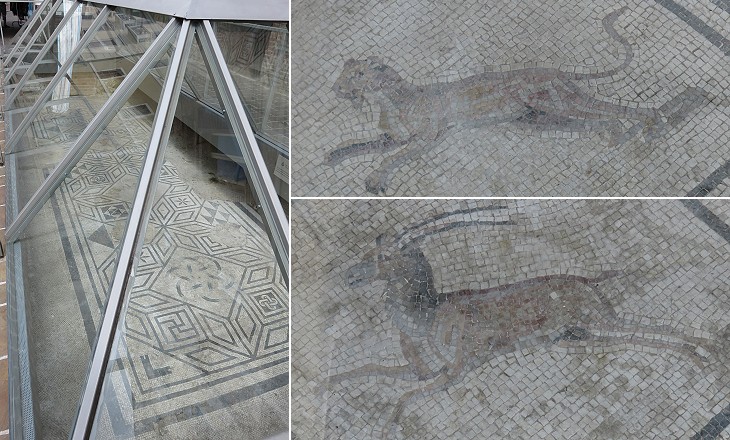 Modern Matelica stands on the remains of ancient Matilica, which was listed by Pliny the Elder among the towns of Umbria (Historia Naturalis - Book III). Recent chance excavations in one of the main streets of the town unearthed the fine floor mosaic of a Roman house of the late Ist century AD. Other fragments of mosaics, walls, reliefs have been found in the foundations of many medieval palaces. Three bishops of Matelica are recorded between 487 and 551, but the war between Byzantine and Ostrogoths/Longobards reduced the size of the Roman town to a small castle which belonged to the Longobard Duchy of Spoleto. 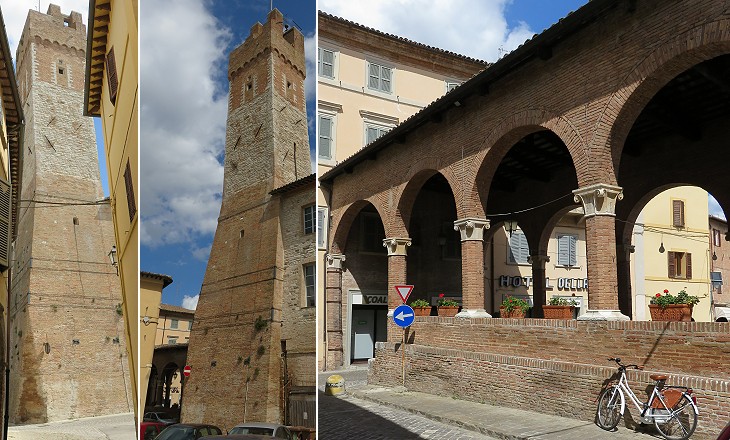 In the XIth century, during the Investiture Controversy between the German Emperors and the Popes, the inhabitants of Matelica, similar to those of other towns of the region, managed to achieve a sort of self-independency (Comune). They had however to deal with frequent conflicts with Fabriano to the north, Camerino to the south and San Severino to the east. In 1199, Matelica was almost totally destroyed by a league of neighbouring towns, but in 1259 its troops took part in the sack of Camerino. In addition to the fights with the other towns, Matelica was plagued by internal strifes. The Ottoni family, most likely of German origin, often managed to become the de-facto rulers of the town. 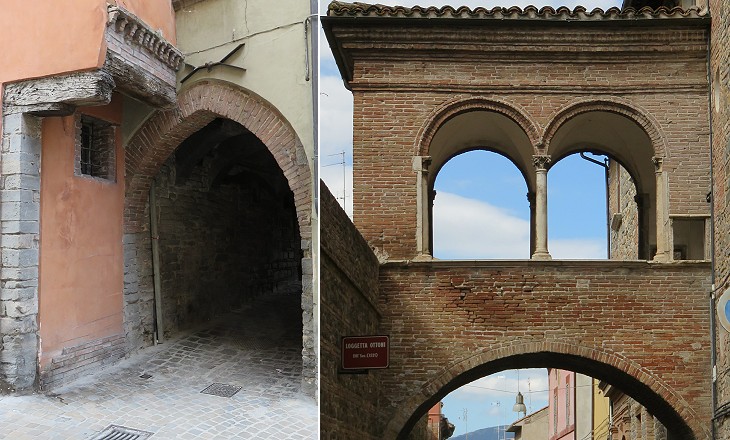 In 1394 Pope Boniface IX legitimated the rule of the Ottoni who were formally appointed Vicars of the Pope at Matelica. This tiny local dynasty managed to last until 1576 when Pope Gregory XIII put an end to their rule and to the relative independency of Matelica. The long government of the Ottoni was not without some positive aspects, as they improved trade and favoured the development of a local wool industry. 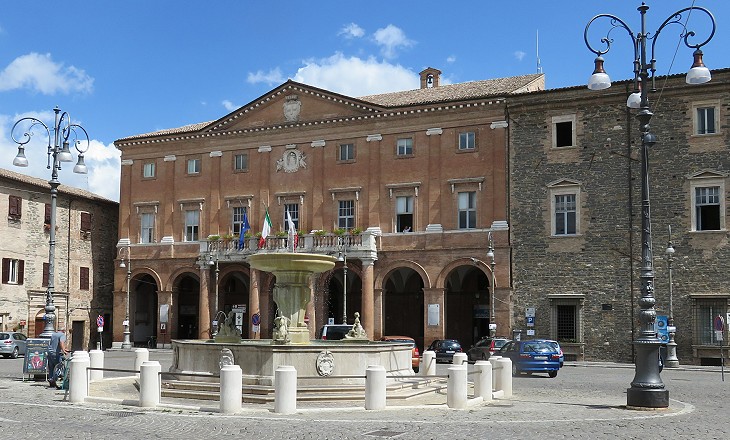 Palazzo Comunale (redesigned in the XIXth century) and Fontana Ottagonale (1587)

In Rome Pope Gregory XIII and his successor Pope Sixtus V promoted the restoration of ancient aqueducts and the construction of new ones. Water was distributed through a series of monumental fountains. Their example was followed by local governors and the main square of Matelica was embellished with a fountain having four water spout statues. The image used as background for this page shows the most intriguing one, a mermaid, which perhaps provided inspiration for Niki de Saint Phalle's Stravinsky Fountain in Paris. 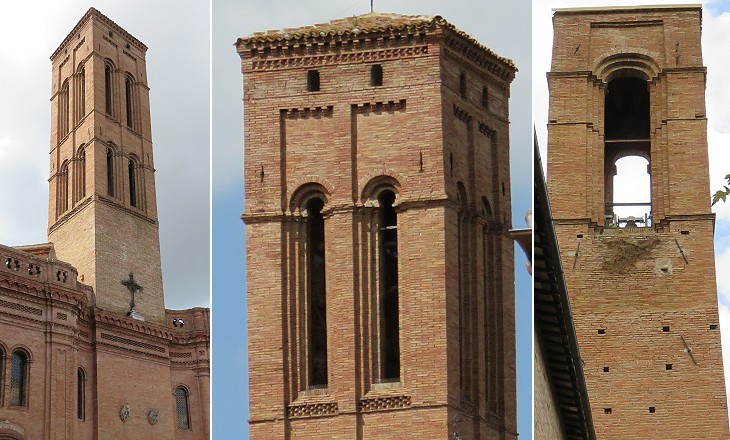 Matelica was no longer a bishopric see after the VIth century. This important recognition, the effects of which were not limited to spiritual matters, was given only in the XVIIIth century when the parishes in the territories of Matelica and Fabriano were detached from the diocese of Camerino. The inhabitants of Matelica however had already built a very tall bell tower for the church which eventually became their cathedral (the building was entirely redesigned at the end of the XIXth century). Matelica was large enough, although not being a bishopric see, to justify the foundation of local convents by the main religious order. The churches of S. Agostino and S. Francesco were largely modified, but they retain their original portals. That of S. Francesco shows the use of white and pink stones, which is typical of churches of Assisi, the town of St. Francis. 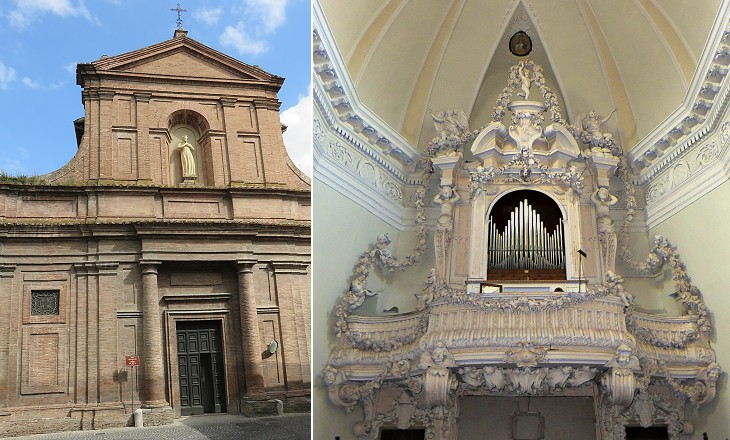 The Congregation of the Oratory founded by St. Philip Neri was formally approved by Pope Paul V in 1612. The foundation of Oratorian communities was left to local initiatives and not managed centrally. Matelica was one of the first towns of the Marches to have an Oratory of St. Philip Neri. The initiative was widely supported and a large church was built in ca 1650. Camerino, Macerata and Ripatransone are other towns of this section with large churches dedicated to St. Philip Neri (you may wish to see the Brompton Oratory in London). 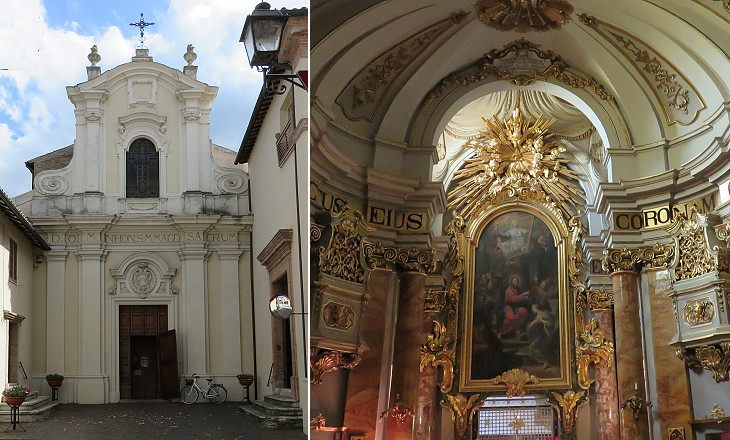 At Matelica it was difficult to find resources to build great and lavishly decorated churches as the popes did in Rome. The finest results were achieved in small churches, such as the one shown above where the main altar receives light from a hidden window, something which was first designed by Gian Lorenzo Bernini in three famous chapels. 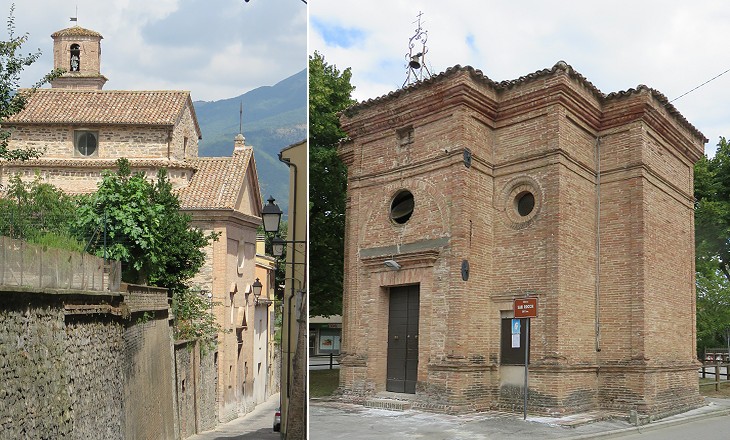 Sarà l'anno mille cinquecento ventisette pieno dì atrocissimi e già per più secoli non uditi accidenti (..) sacchi spaventosissimi di Città, carestia grande di vettovaglie, peste quasi per tutta Italia grandissima.
Francesco Guicciardini - Storia d'Italia (written in 1537-1540).
In his list of the dramatic events which followed the 1527 Sack of Rome, Guicciardini mentioned a great famine and a plague which spread throughout most of Italy. The epidemic ended in 1529 and a small church was built outside the walls of Matelica to thank St. Roch for the end of the pestilence (he was specially invoked against the plague). 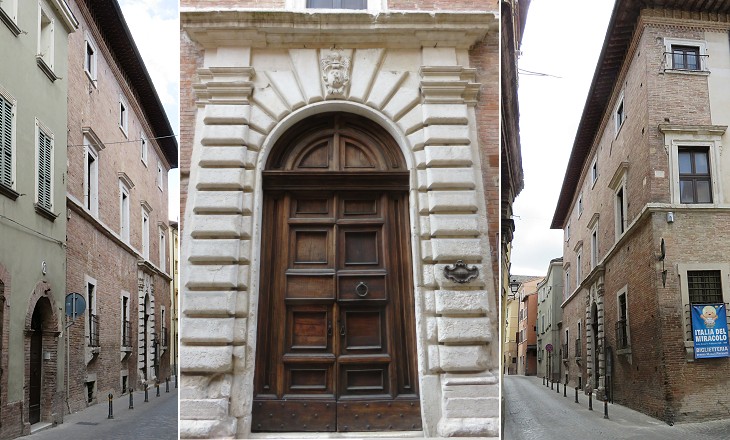 Matelica has a museum which in many ways is unique. Monsignor Venanzio Filippo Piersanti was born at Matelica in 1688. In 1718 he was appointed Sixth Maestro di Cerimonie (superintendent to the Papal ceremonies). He eventually became First Maestro di Cerimonie. He died in 1761 and during the many years of his service to the Popes he collected objects which had been used during ceremonies, such as the hammer and the trowel used for opening and closing the Holy Door of S. Pietro in the Jubilee Year 1750. In 1901 the last of the Piersanti donated the family palace and Mons. Venanzio's collection to the Bishop of Matelica. You may wish to see a coat of arms of Pope Clement XII at Museo Piersanti.