This page shows photos taken during a journey in Iran which is covered in more detail in other pages of this section.
There are all sorts of Flowers in Persia, that are to be met with in France, and in the finest Countries of Europe; but they are not equally distributed in all the Provinces; for there are fewer sorts of Flowers, and a less Quantity, even of those, in the Southern Parts of the Kingdom, than in the others, an excessive Heat being as much contrary to the Nature of most Flowers, as extream Cold; from whence it happens, that there are not so many Kinds of Flowers in India as in Persia, tho' they are alike in this, that they last all the Year round. (..) The Rose, which is so common among them, is of five sorts of Colours, be'sides its natural one, White, Yellow, Red, which we call the Spanish Rose, and others of two Colours, viz- Red on one Side, and White or Yellow on the other. The Persians call these "Roses Du Roi", or Two Places. I have seen a Rose-Tree, which bore upon one and the same Branch, Roses of three Colours, some Yellow, others Yellow and White, and others Yellow and Red. They make great Green Flower-Pots in the Spring, which are very agreeable to the Eye; with these they adorn their Apartments. The Gardens of the Persians, commonly consist of one great Walk, which parts the garden and runs on in a straight Line, border'd on each side by a Row of Platanes, a Bason of Water in the middle of it, made proportionable in Bigness to the Garden, and likewise of two other little Side-Walks, The Space between them is confusedly set with Flowers, and planted with Fruit trees and Rose-Bushes. The most particular Reason one can assign for this, is, that the Persians don't walk so much in Gardens as we do, but content themselves with a bare Prospect, and breathing the fresh Air. For this End they set themselves down in some part of a Garden at their first coming into it, and never move from their Seats.
The Travels of Sir John Chardin into Persia and the East Indies - 1686 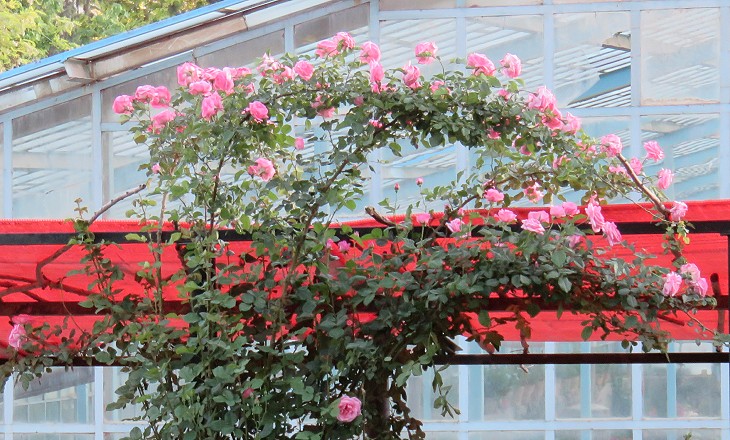 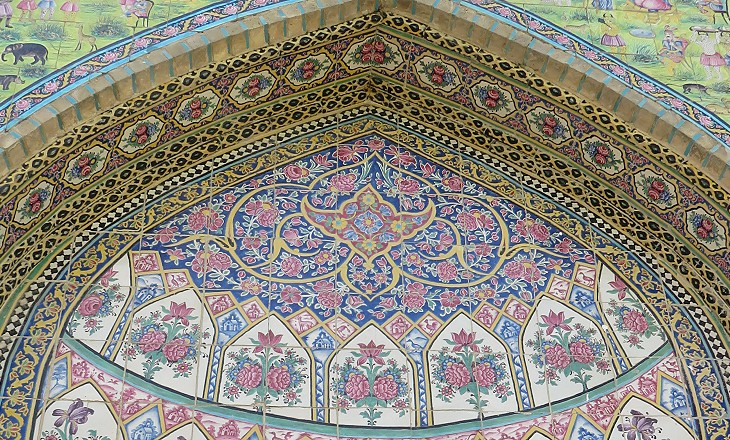 ... and the painted ones at Naranjestan 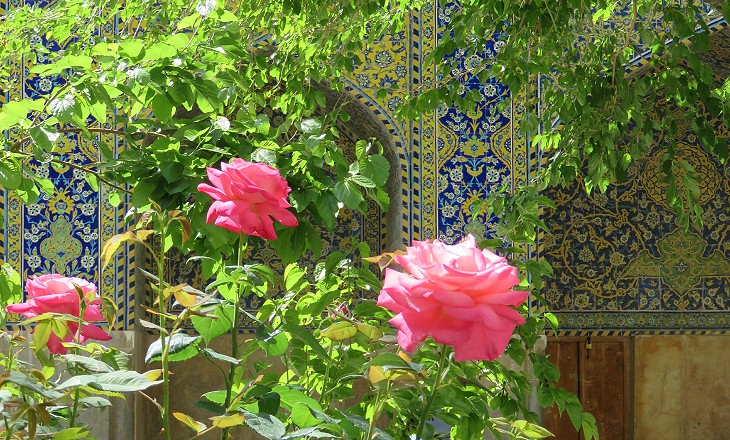 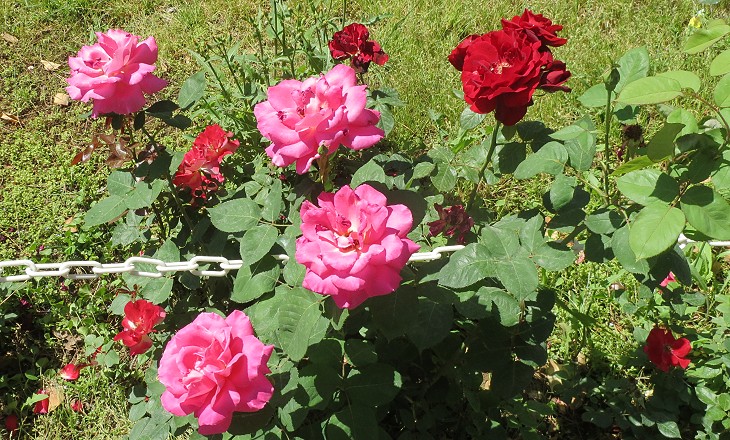 Tehran - Museum of Glass and Pottery 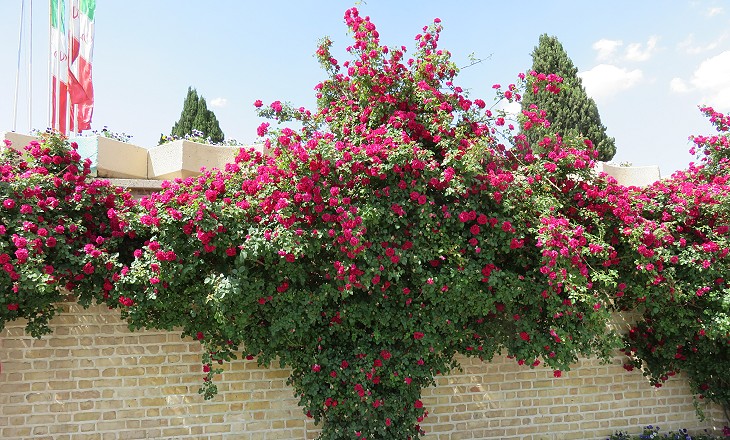 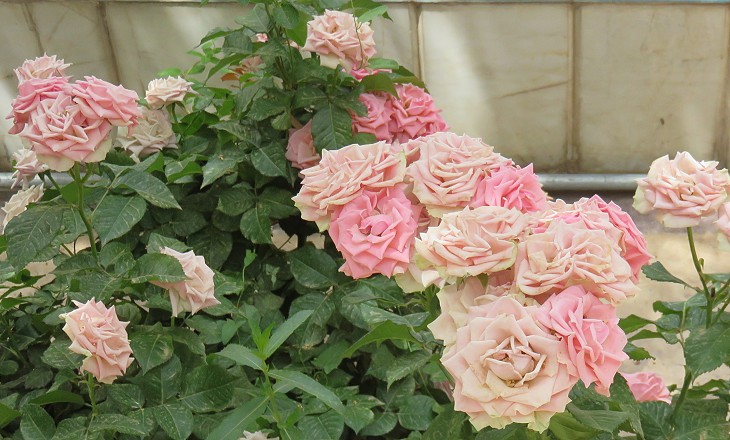 At a restaurant on the road to Ardestan ... 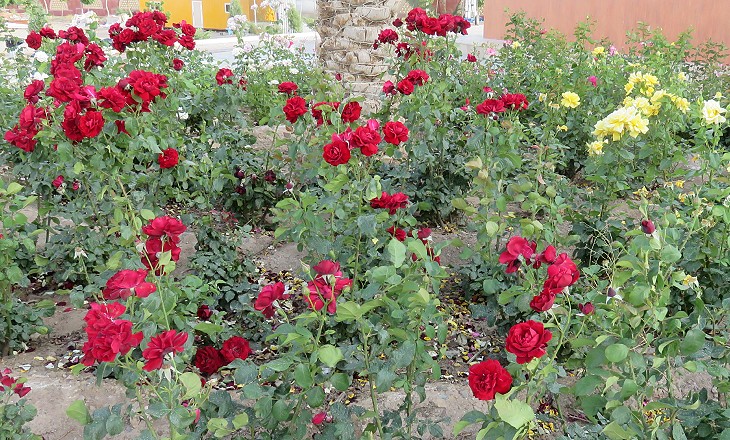 .. and at a restaurant on the highway to Tehran

The image used as background for this page shows a painting at Naranjestan.