- An Excursion to Abyaneh
(dome of Sheikh Lotfollah Mosque at Isfahan) Ruins of a fortified village at the entrance to the valley

At the time of the Arab invasion of Persia in the VIIth century some followers of the Zoroastrian religion fled to the mountains and the deserts which surround the tableland to escape forced conversion to Islam. In a long and narrow valley in the Karkas Mountains north of Isfahan, a string of villages is believed to have been founded by Zoroastrians. 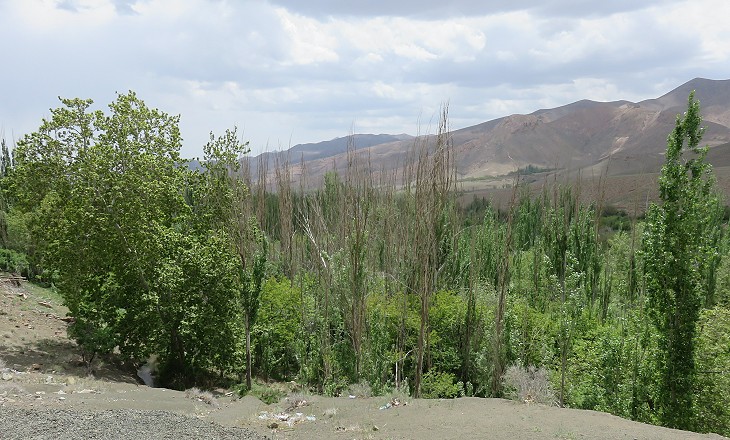 The valley at Abyaneh

Abyaneh, the last village of the valley, is situated at 2,200m/7,200ft. The height reduces the heat of the Persian tableland. The snow of the mountains creates a number of brooks. Orchards and poplars make the surroundings of the village green. Every Friday cool temperatures, the murmur of running water and the shade of tall trees attract thousands of day-trippers from Isfahan and other cities of the tableland. 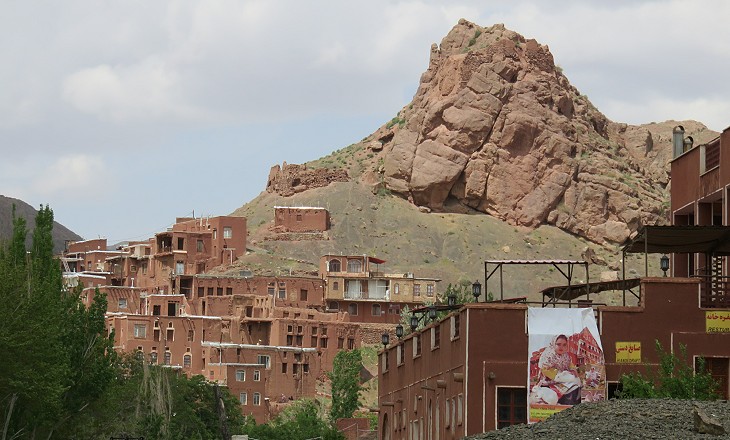 Abyaneh and the rock above the village

Abyaneh is situated at the foot of a towering rock where traces of fortifications can still be seen. At the entrance to the village day-trippers can hire the traditional clothing for which Abyaneh is famous. 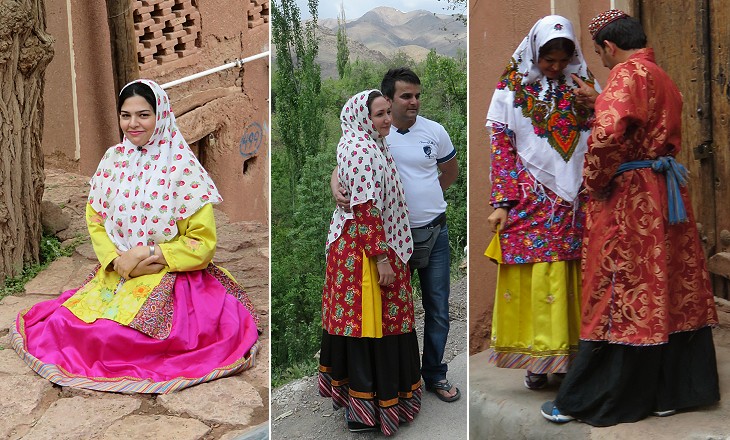 Because of their (past) isolation villagers speak a dialect of their own, which retains words of the Persian language spoken prior to the Arab invasion. The colourful patterns of the women's traditional clothing are scarcely aligned with the Islamic rule requiring women to dress modestly. This rule does not apply to Muslim women only: Likewise, I want women to adorn themselves with proper clothing, modestly and discreetly, not with braided hair and gold or pearls or costly garments.
Second Epistle of St. Paul to St. Timothy:9 - New American Standard Bible. 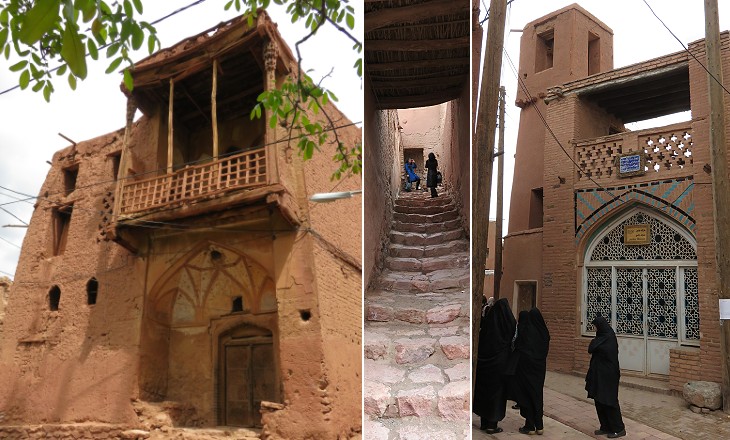 The ground around Abyaneh contains iron oxides which give it a reddish colour. Because the houses are built with mud bricks they have the same colour as the rock above the village. 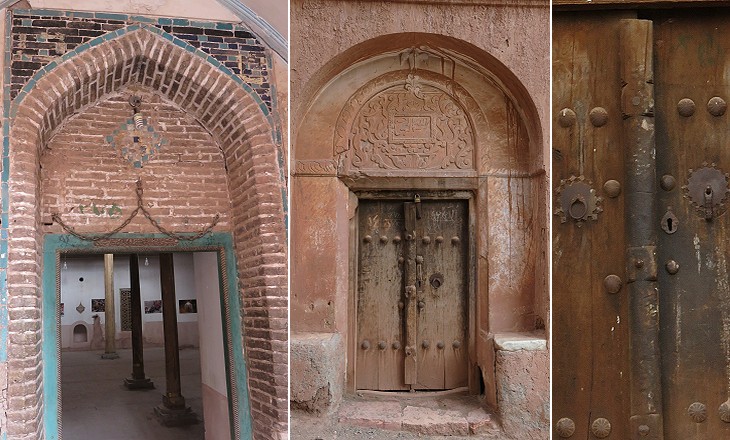 The presence of a Seljuk mosque indicates that the villagers had converted to (Sunni) Islam by the XIIth century. 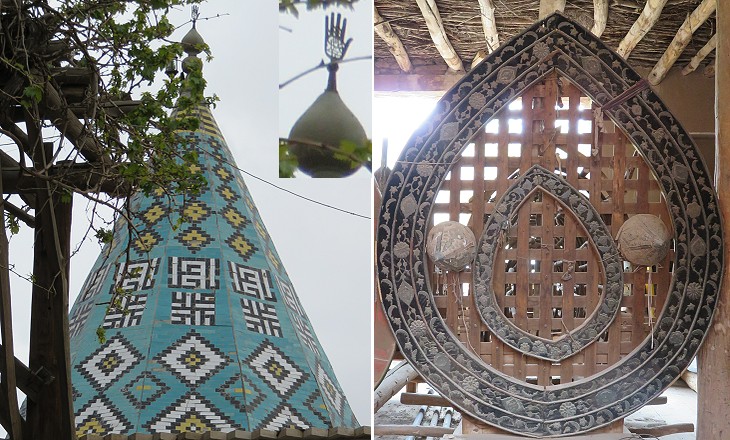 (left) Dome of a mausoleum with an "alem" (sign, standard) shaped like the Hand of Fatima, the daughter of Prophet Muhammad; (right) a "nakhl", a wooden structure carried in procession during Ashura, the Shi'a commemoration of the death of Husayn ibn Ali, as the symbol of Husayn's coffin

Fatima's Hand is one of the most popular amulets in the Islamic world in general, but in Shi'a countries the five fingers of the hand indicate the Prophet, Fatima, Ali ibn Abi Talib (her husband) and Hasan and Husayn (her sons). A nakhl is seen only in Shi'a countries. In the XVIth century the villagers of Abyaneh converted to Shi'ism. 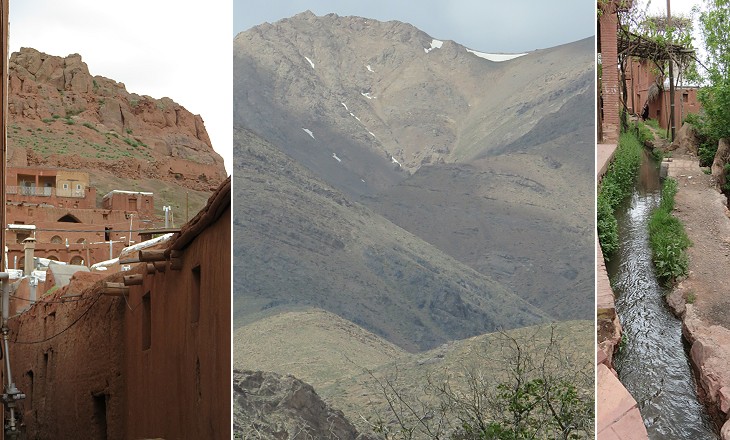 (left) View of the rock from the village; (centre) mountains; (right) a brook running through the village

The image used as background for this page shows a house of Abyaneh.