- People of Iran
(dome of Sheikh Lotfollah Mosque at Isfahan)

This page shows photos taken during a journey in Iran which is covered in more detail in other pages of this section.
To conclude, the Persians are very Gentile, and afford their victuals with a free-will to all that will come and eat with them at Supper time: admiring at the custome of the Franks, who shut their doors when they sit down to their meal.
Jean-Baptiste Tavernier - Travels through Turkey and Persia (1630s-1660s) 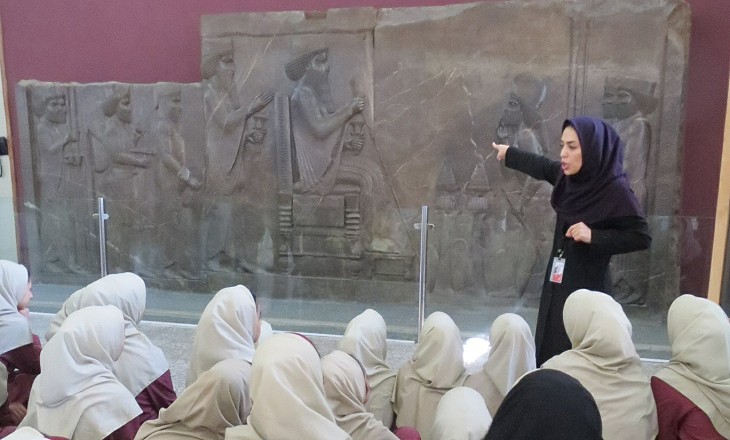 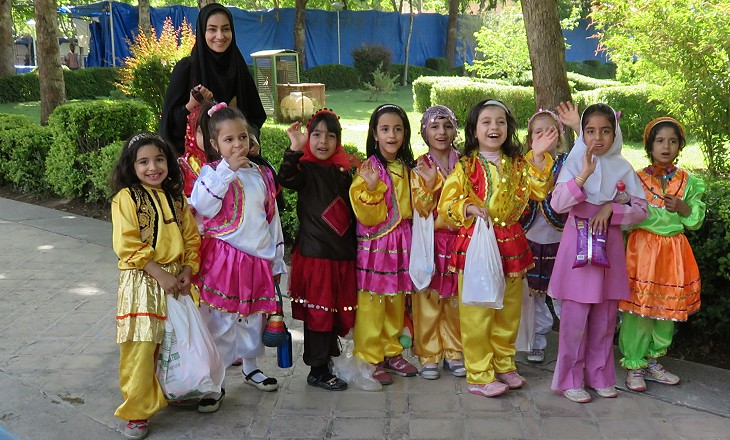 Girls in traditional clothing at Chehel Sotun in Isfahan ... 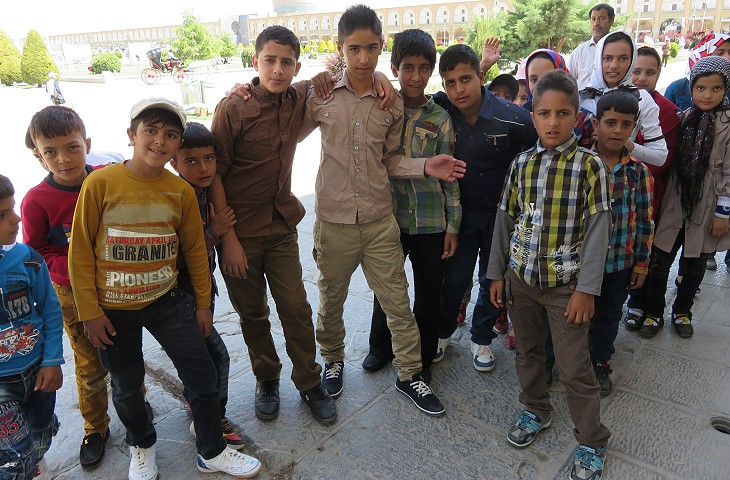 ... and boys at nearby Naqsh-e Jahan Women coping with an outburst of rain at the Friday Mosque of Yazd ...

Though I had nothing to do, I staid in Yezd three days, because I met with fome Armenians of my acquaintance. In which time I found the general Opinion to be true. For certainly the Women of Yezd are the handsomest Women in all Persia. There is no Feast made, but five or six of them come to divertise the Guests with Dancing, who are generally none of the meanest Beauties and Conversations among them. However it comes to pass, the Persian Proverb is, That to live happy, a Man must have a Wife of Yezd, eat the Bread of Yezdecas, and drink the Wine of Schiras. Tavernier ... and men exercising at Hasht Behesht in Isfahan 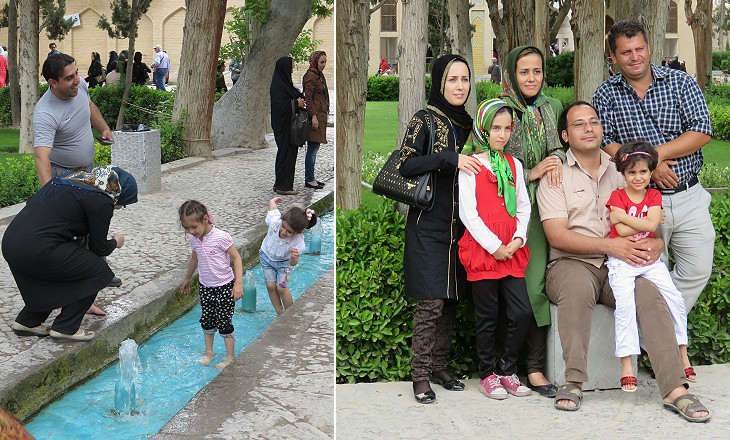 Families at Fin Garden in Kashan 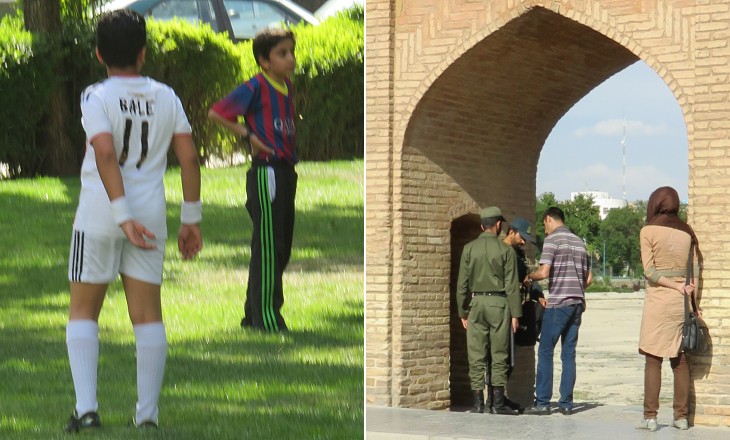 (left) Fans of Spanish soccer teams (Real Madrid - white, Barcelona - blue and red) near Si-o-Seh Bridge in Isfahan; (right) a couple being questioned by Police because they sat too close to each other on a bench 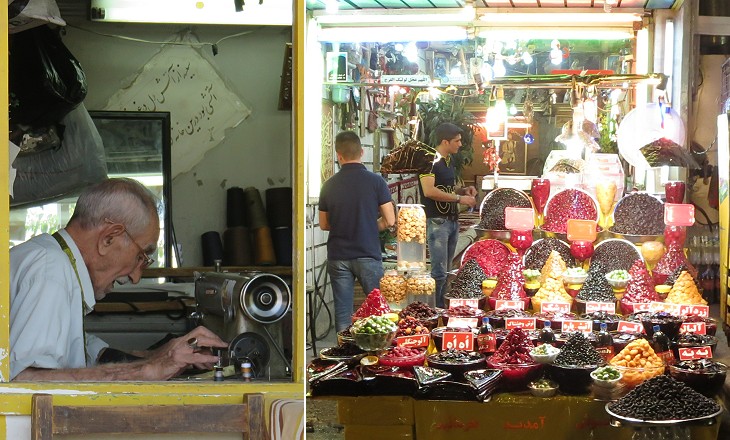 Tehran: (left) a tailor at work at Laleh Park; (right) a shop selling berries at Darband

The image used as background for this page shows a girl at Shiraz.