- Introduction
(View from the walls of Ripatransone)

Leaving Tolentino, the road continues along the left bank of the Chienti through very beautiful scenery, presenting in its immediate vicinity many characteristics of an English landscape. The country is very productive and rich in oaks, and the prospect is bounded by the chain of Apennines, covered with snow as late as the beginning of summer, and in some years never free from it.
(Murray's) Handbook for Travellers in Central Italy - 1850 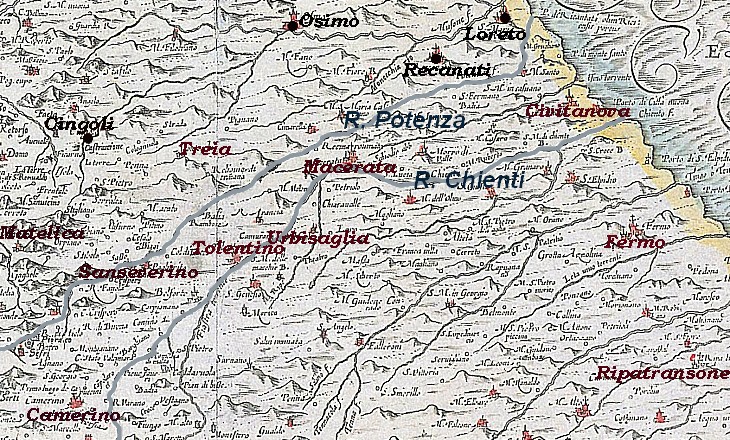 1620 Map of "Marca d'Ancona" showing (in red) the towns covered in this section. The black dots indicate towns which are covered in another section of this website

This section deals with a region of Italy which until very recently foreign travellers visited on rare occasions, notwithstanding its beautiful scenery and its medieval towns. This neglect was due to the fact that its territory was not crossed by any of the roads opened by the ancient Romans which were the backbone of modern transportation in Italy until after WWII. Via Flaminia linking Rome with Rimini ran to the north of the region and Via Salaria, linking Rome with Ascoli, to its south. 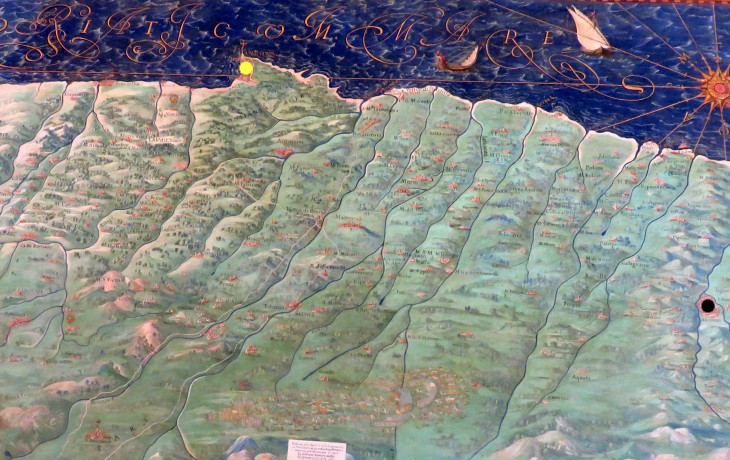 Local communications were impaired by a series of parallel low ridges. They created long and narrow valleys crossed by small rivers, the largest ones being the River Potenza and the River Chienti.

There are no high isolated mountains between the sea and the Apennines, so that the view does not meet obstacles. Some twenty small towns of this region have the prefix monte in their names, although they are situated at 500 m/1,600 ft (in Tuscany they would have used the prefix colle which means hill). For centuries the population was concentrated in these hill towns and it was not until the construction of the Adriatic Railway in the 1860s that the villages by the sea grew in size. In 1782 the town of Civitanova had a population of 5,717 and its small port on the mouth of the River Chienti had a total of 275. Today Porto Civitanova has more than 30,000 inhabitants and Civitanova Alta, the historical town on the hill, just 2,400. 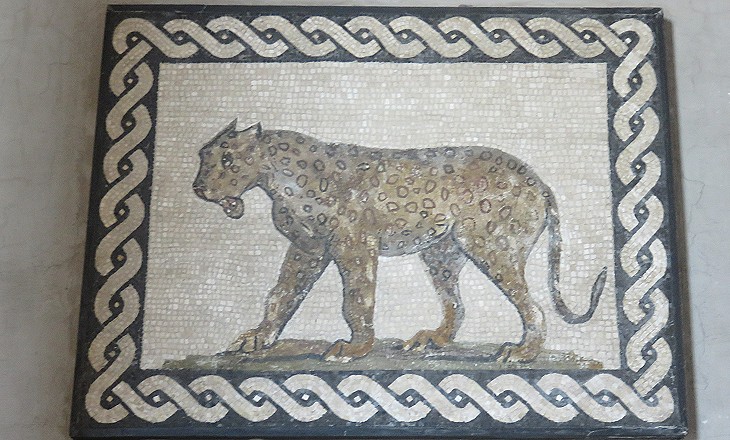 The Roman conquest of this part of Italy was all but easy. In 268 BC the Romans founded Firmum (Fermo) and Potentia near Civitanova, but they had to face many rebellions, including a major uprising in 89 BC. The region was not entirely subjugated until the late Ist century BC, when Emperor Augustus relocated many veterans there who had fought on Julius Caesar's side against Pompey. 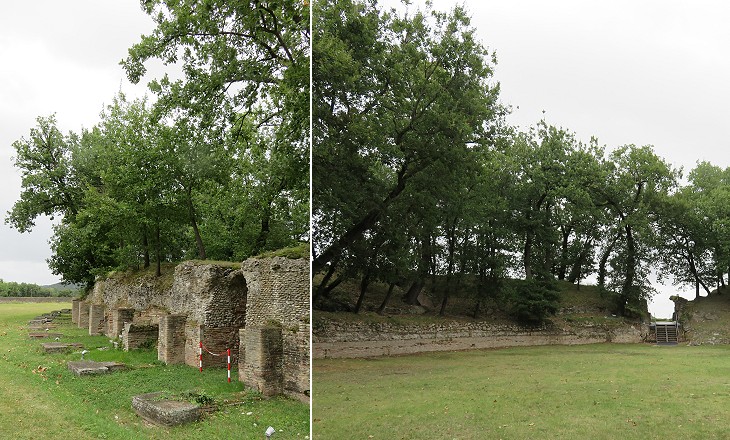 Roman amphitheatre of Urbisaglia (Urbs Salvia), a Roman colony founded in the IInd century BC

The origin of almost all the towns covered in this section can be traced back to the Roman period thanks to a description of the region by Pliny the Elder (Historia Naturalis - Book III). 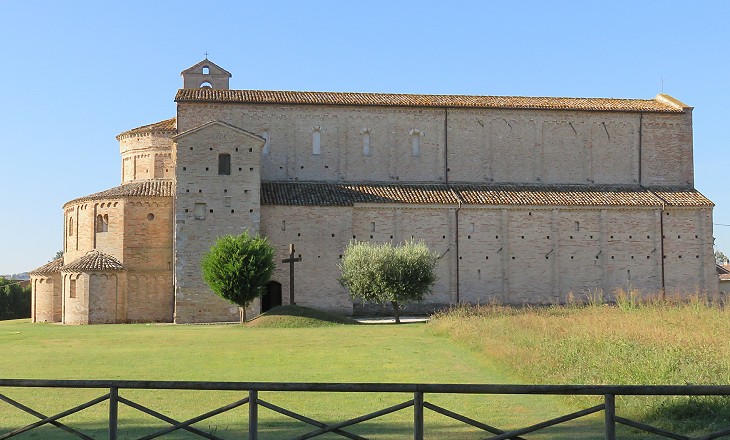 S. Maria a Piè di Chienti (XIIth century, but founded in the IXth century by Benedictine monks from Farfa)

The wars of the VIth century between Ostrogoths and Byzantines and between Byzantines and Longobards had a devastating effect on the Roman towns which were not situated on a hill. The name of Macerata is believed to derive from macerie (ruin), a reference to the remains of nearby Helvia Ricina, a town on the River Potenza. The population fled to small fortified sites at the top of hills.
Similar to what occurred in other parts of Italy the first large buildings after the Roman period were those of rich abbeys which possessed large territories. They were protected by (lost) walls and could rely on some troops led by the abbots themselves. 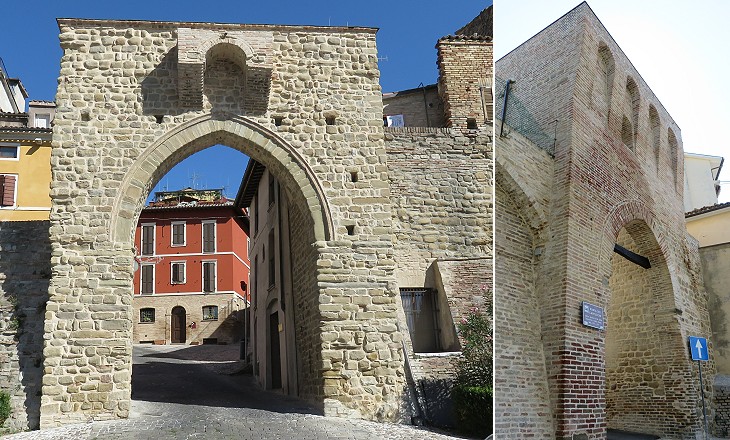 In the improved economic environment which followed the Year 1000, the inhabitants of the small hill towns profited from the power vacuum caused by the Investiture Controversy between the German Emperors and the Popes to develop forms of self-government (Comuni). They often waged war on one another and their fierce rivalries eventually made them lose their freedom. Macerata and Fermo became the most important Comuni in the area near the coast, whereas Camerino had separate historical developments. Most towns have retained their medieval walls. 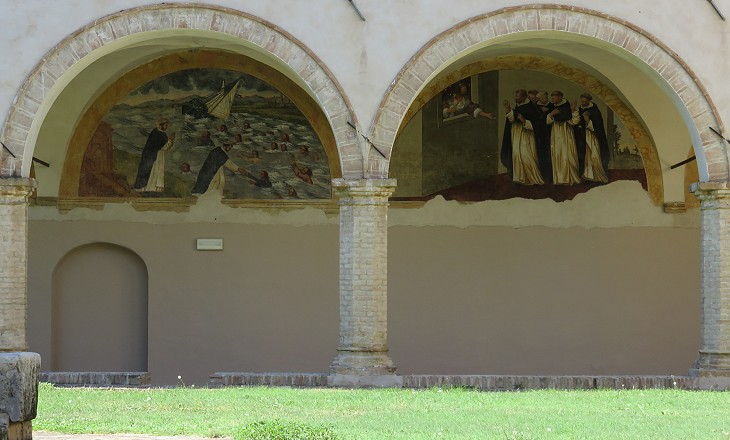 The Comuni built large duomi (main churches/cathedrals) as symbols of their prosperity and power, but the local religious architecture is not limited to them. The Orders founded by St. Francis and St. Dominic in the early XIIIth century founded convents in all the main towns, especially if they were the see of a diocese. The Augustinians had a particular importance in the region owing to St. Nicholas of Tolentino (1245-1305), a friar who acquired fame for his visions. The shrine dedicated to him at Tolentino is locally regarded as more important than that of Loreto. 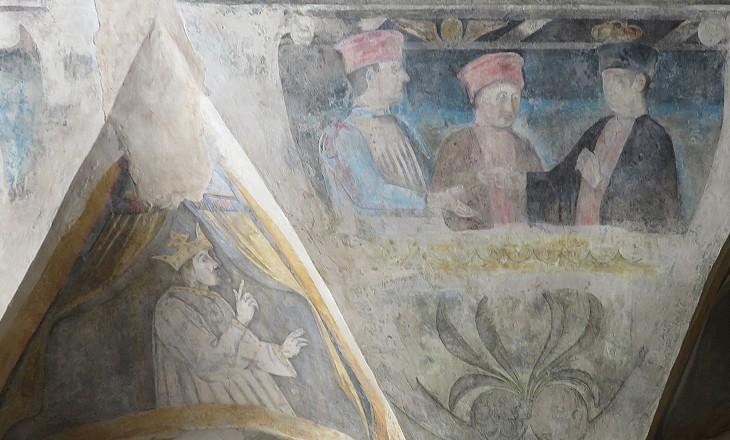 In some towns members of the most powerful families managed to be appointed by the Popes as their local representatives on an almost hereditary basis.
In the XIVth century the Varano (or da Varano) of Camerino supported Cardinal Albornoz in his efforts to restore Papal authority in the States of the Church and in return they were made de facto rulers of their hometown (and on a temporary basis of Tolentino, Macerata and Civitanova). In 1515 Giovanni Maria Varano was formally given the title of Duke of Camerino by Pope Leo X, but in 1539 Pope Paul III put an end to the independence of the small state.
The events concerning the Varano and Camerino apply to the other towns of the region. By the middle of the XVIth century they were all ruled by papal envoys. 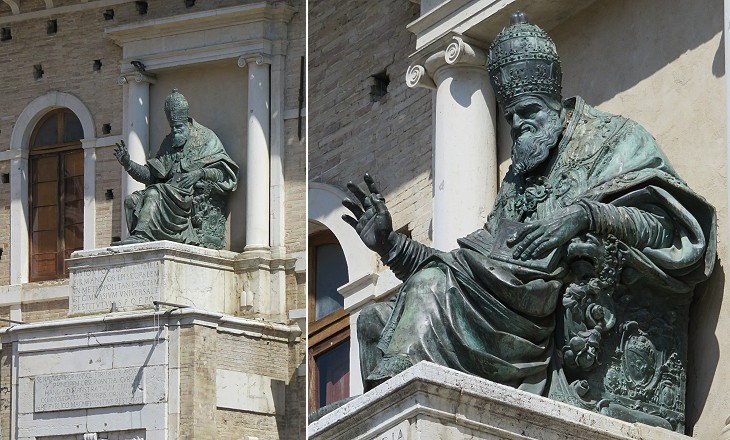 The total average income of the Papal States is under two millions sterling. The expenses of collection are not less than 460,000, leaving a net revenue in round numbers of 1,540,000. Out of this limited revenue, the sum of 560,000 goes to pay the interest of the public debt.
(Murray's) Handbook for Travellers in Central Italy - 1850
These figures are related to the final years of the Papal State and they show how ineffective the secular governmental activity of the Popes had been. This region was particularly neglected with just one exception in 1585-90 during the papacy of Pope Sixtus V, a man of very humble origin who was born near Ripatransone. He endeavoured to improve the economy of a land he knew very well. His decision to multiply the number of dioceses had the immediate effect of creating new jobs because each diocese had its own seminary, tribunals, custom offices, etc. In the long run however the cost of supporting such structures increased the local taxation burden. In 1976-85 the five dioceses of Macerata, Tolentino, Recanati, Cingoli and Treia were unified into one diocese.

The image used as background for this page shows a relief depicting a shining sun, the symbol of St. Nicholas of Tolentino in the Basilica named after him in his hometown.