You may wish to see an introductory page to this section or the pages on the Forbidden City first.
The main thoroughfares traversing the town from S. to N. are generally very animated, especially in summer. The shops are usually open towards the street, but of the dwelling-places little is seen except the walls of house and courtyard. Along the road-ways, many of which are now metalled, moves a constant stream of carts, horsemen, mule-trains, camel-caravans, funerals, and wedding-processions. Along the sidewalk, both to the right and to the left, are the booths and tents of cook-shop keepers, wine-dealers, and traders of all kinds, between which the stream of pedestrians and rickshaws winds its way. Story-tellers, jugglers, and pertinacious beggars are all in full force; hawkers spread their goods (mainly of European manufacture) on the ground; and the sellers of various kinds of edibles call out their wares. The noise lasts till late in the night, and indeed is often added to after dark by the letting-off of fireworks at all kinds of entertainments.
Karl Baedeker - Handbook for Russia with Teheran, Port Arthur and Peking - 1914 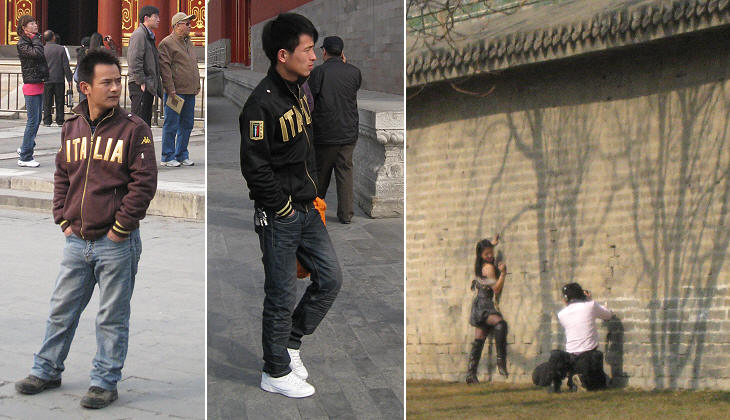 The young show a not so traditional attire and behaviour 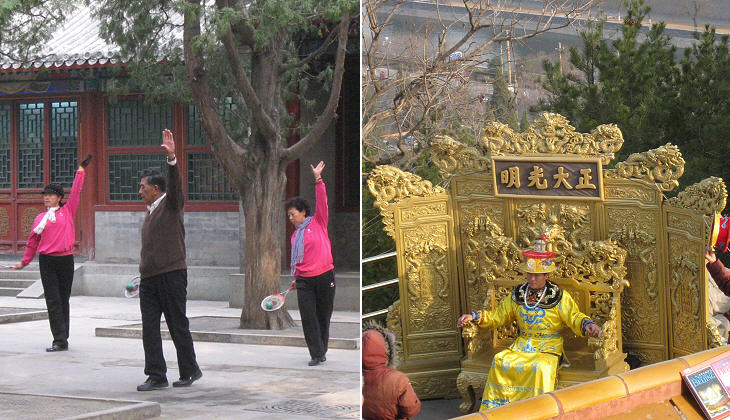 (left) Traditional gymnastics; (right) pretending to be an emperor 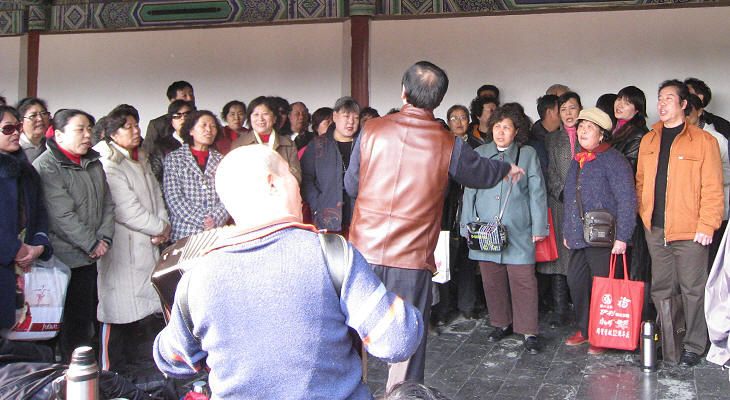 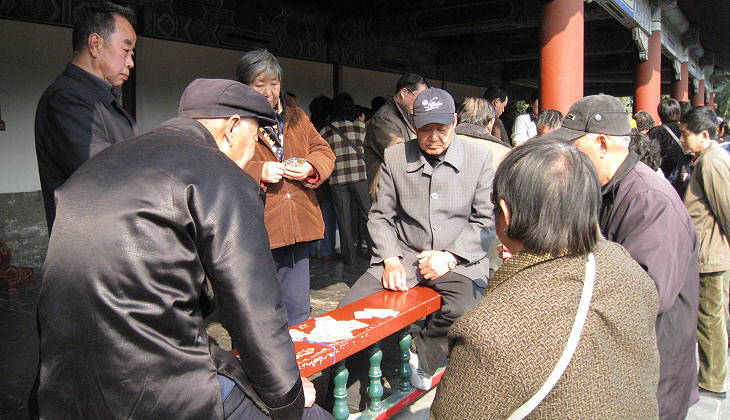 Playing cards at the Long Corridor of the Temple of Heaven 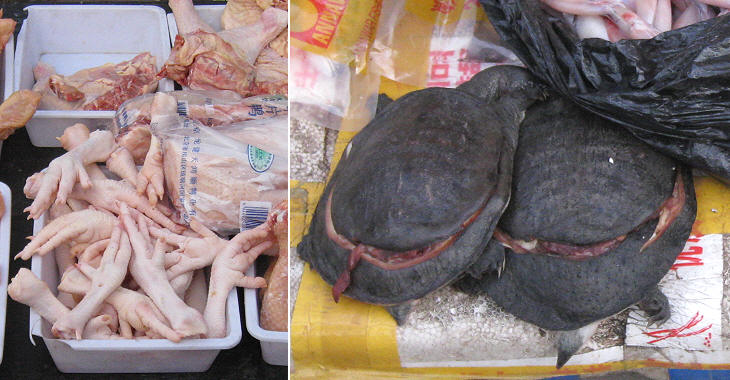 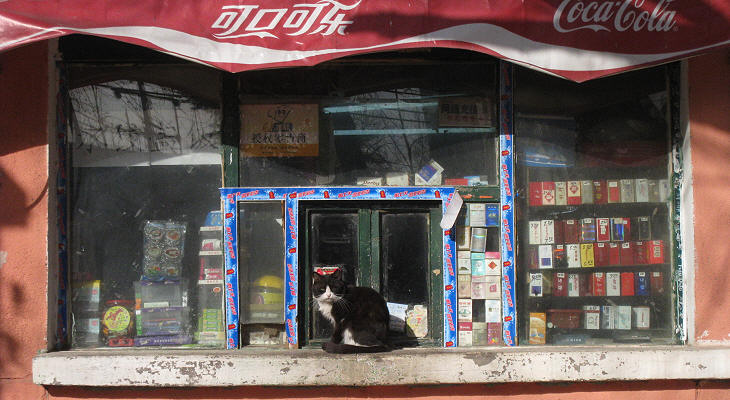 A hard to find Beijing cat enjoying the winter sun

The image used as background for this page shows an actress playing in a traditional show at Xian.