You may wish to see an introductory page to this section or the pages on the Forbidden City first.

Summers can be pretty hot in Beijing which has a continental climate with average high temperatures of 30C/86F in June, July and August; they are accompanied by high levels of humidity. The massive walls surrounding the Forbidden City made it more unpleasant living there for the emperor and his court. 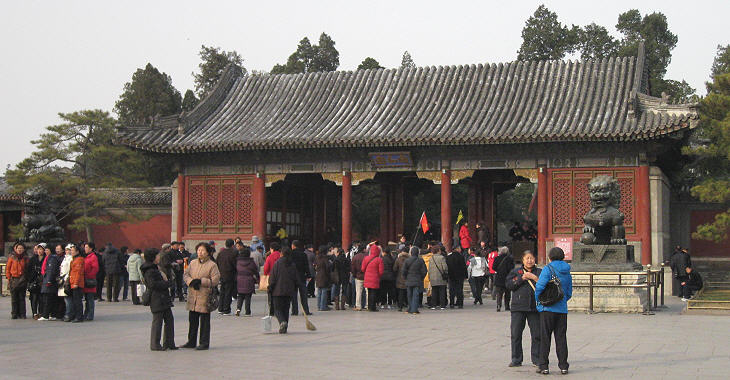 The Summer Palace (Park of the Peaceful Age), above the walls of which tower the yellow roofs of the great temple. The Palace constructed by the Emperor Kangxi consists of a number of pavilions and courts picturesquely grouped round an artificial lake. (..) A little to the S.E. is the so-called Old Summer Palace with the interesting ruins of the baroque buildings erected by the Jesuit missionaries about the middle of the 18th cent., and destroyed in 1860.
Karl Baedeker - Handbook for Russia with Teheran, Port Arthur and Peking - 1914
In 1725 Emperor Yongzheng, son of Kangxi started the enlargement of a small summer retreat located a few miles to the north of Beijing's walls. The development of this complex of gardens and palaces did not have to comply strictly with the Feng shui rules which limited the creativity of Chinese architects. Two Jesuits were involved in the design of several buildings where they introduced elements of baroque style. Emperor Yongzheng was aware of the grand residence of King Louis XIV at Versailles. The gardens of his Summer Palace, which were completed by his successor Emperor Qianlong, covered an area which was almost five times the size of the Forbidden City.

View of the Longevity Hill

On the artificial hill called the Hill of Endless Longevity are some pavilions and a temple, reached from the front by a fine flight of steps; at the sides are grotto-like pathways (good panorama). Baedeker
In 1860, during the Second Opium War, this summer residence was destroyed by British troops, in retaliation for the imprisonment and torture of two envoys. Soon after this event Emperor Xianfeng fell ill and died. One of his concubines managed to become the de facto ruler of the country for more than forty years (1861-1908). She is known as Empress Dowager Cixi; she decided to enlarge and restore a minor retreat relatively near the (old) Summer Palace. This location featured an impressive pagoda and a Buddhist monastery on a hill surrounded by a small artificial lake. 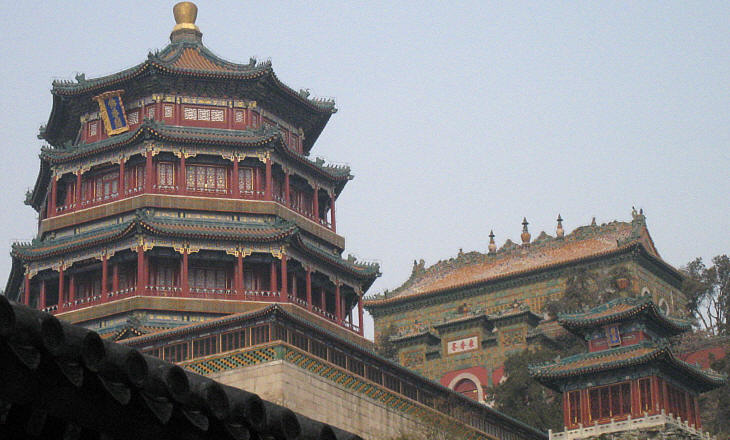 The new Summer Palace was damaged and looted by troops of the Eight-Nation Alliance in 1900. The Empress diverted substantial amounts of money from more important objectives into the reconstruction of the Palace. She died in 1908 and four years later the last emperor (a child) was forced to abdicate; he was allowed to continue to live in the Summer Palace and in the private apartments of the Forbidden City.

The symbolic meaning of numbers influenced the design of monuments, such as the bridge shown above: seventeen is the sum of nine plus eight. The former symbolized the emperor, whereas the latter was and still is regarded as a very lucky number: a Chinese architect would never suggest a four-arch bridge, because number four is a very unlucky number. In this specific case the influence of numbers led to the design of a very elegant bridge which is characterized by the gradual reduction of the size of the arches.

In the lake is the famous marble houseboat, with its wooden superstructure. Baedeker
The emperors reached the Summer Palace by boat and a long and flat marble boat decorates the landing stage; it is a work of the XVIIIth century and it shows the influence of the Jesuit architects who designed parts of the Old Summer Palace. The paddle wheel and the disproportionate cabin/loggia were added by Empress Dowager Cixi. 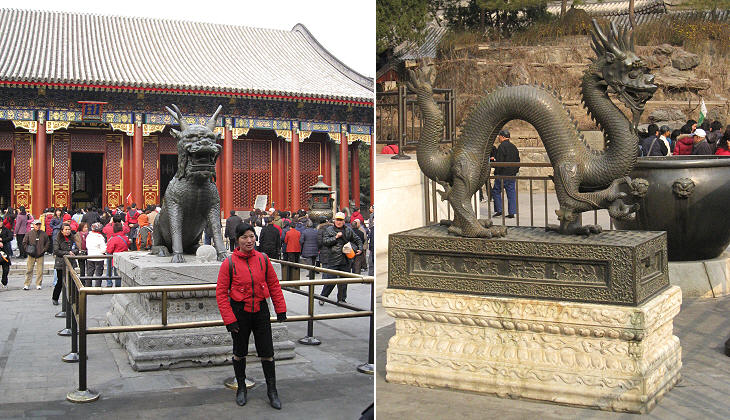 Two bronze statues of mythical animals: that on the left is a "qilin"

By and large most of the statues and reliefs which decorate the Summer Palace were made in the late XIXth century and yet many of them represent mythical creatures made of the parts of multiple animals, similar to Chimera. The qilin has a fearsome appearance in order to frighten the wicked.

Today the Summer Palace is a very well kept park and a "must see" site for national and foreign tourists. Ordinary Chinese had no access when the Qing (Manchu) dynasty ruled the country (1622-1912). 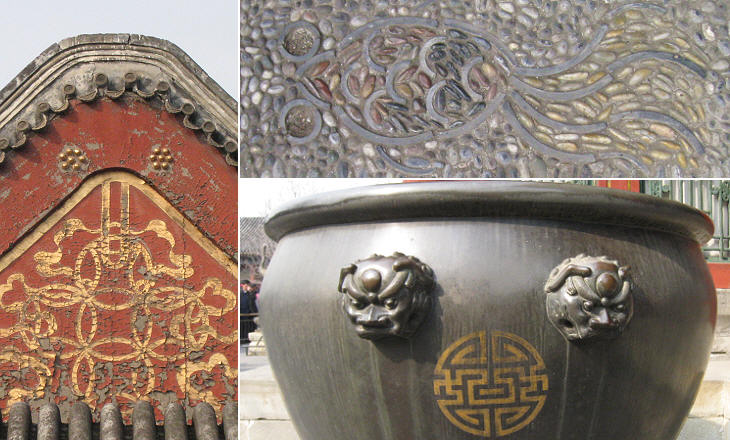 Eclecticism i.e. the combination of different styles or decorative elements characterized the art of the XIXth century in the Western world and it crept into the decoration of the Summer Palace (e.g. the rather naturalistic statue shown below). 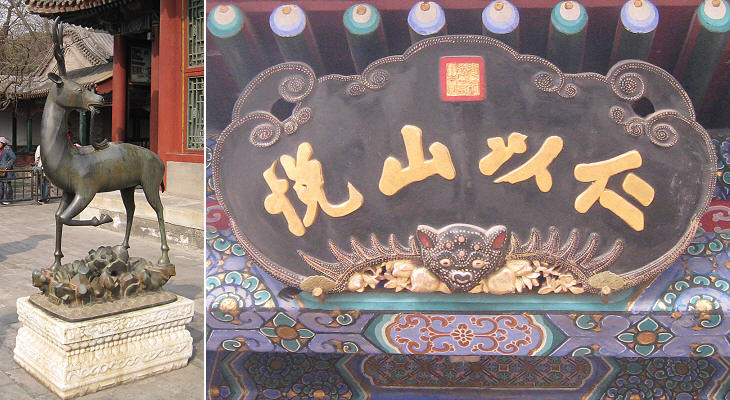