The train from Termini, after having left Narni and the River Nera gorge enters the basin of Terni. This town was built at the confluence of a small stream with the Nera; Interamna, its Latin name, means between rivers.
Terni became a flourishing industrial district towards the end of the XIXth century; dams built on the Nera and its tributaries provided sufficient hydroelectric power to support the development of large steel and chemical factories. During the Fascist government (1922-1943) medieval Terni was turned into a modern town with little respect for its historical monuments; it became a military objective during WWII because of its factories and it was heavily bombed: these events and the hasty post-war reconstruction explain why the few remaining old buildings are placed in a modern environment. 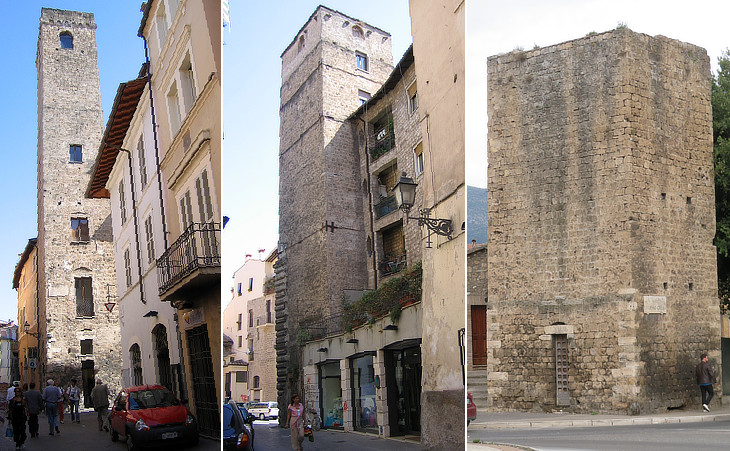 Medieval Terni was surrounded on three sides by walls built in the XIVth century (the River Nera protected the town on the remaining side): many towers (only two survive) characterized its skyline, while the portals of its churches were decorated with reliefs similar to those of Narni (the image used as a background for this page shows another medieval relief). 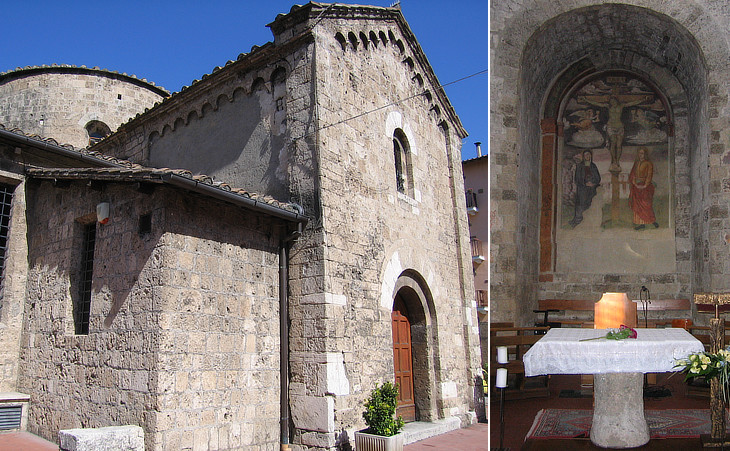 S. Salvatore is a very old church where according to the tradition Pope Zacharias and the Longobard King Liutprand met in 744 and signed a peace agreement. It was built making use of a circular hall belonging to a Roman house. Other parts including the façade were added in the XIIIth century. 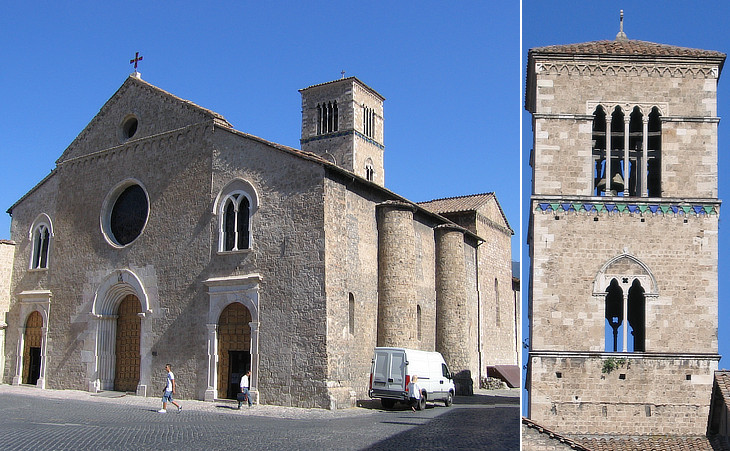 The large Franciscan church shown above was founded in 1265: it consisted of the sole central nave (the other two were added in the XVth century). The elegant bell tower was built in the XIVth century. St. Francis visited Terni and at Greccio, a nearby village, he prepared the first crib to celebrate Christmas. Palazzo Spada is one of the most elaborate and elegant palaces of Rome. The Spada came from Terni, where they held several important positions. Their palace in Terni was built in the XVIth century and it was located in a very central position. Palazzo Mazzancolli is an older building with a more medieval appearance. 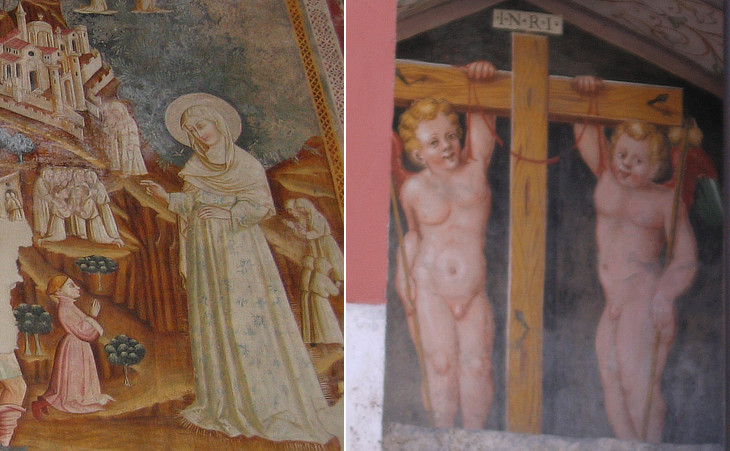 Frescoes: (left) in S. Maria del Monumento and (right) outside the Town Hall

Terni has some unusual paintings such as those shown above: that on the left makes reference to a lost legend, while that on the right shows two merry angels next to the Cross. 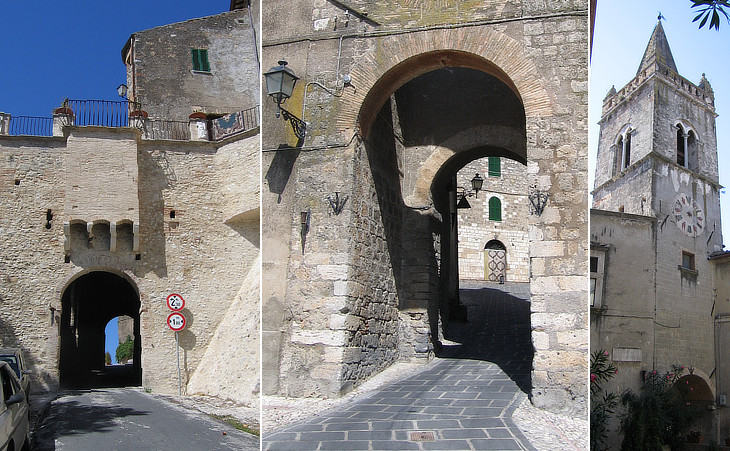 While Terni has lost its medieval appearance nearby Collescipoli (a mere three miles from Terni) entirely retains its old historical centre. The wealthiest families and the bishops of Terni had a summer residence in this burg located on the top of a hill (Colle = hill), where they escaped the town's sultry weather.
Collescipoli is still surrounded by its medieval walls and its two gates have not been modified. The tall bell tower of S. Maria Maggiore, its main church, protected one of the gates. S. Maria Maggiore was regarded by the bishops of Terni as a sanctuary and they enriched it with high quality Baroque stucco decorations and paintings. 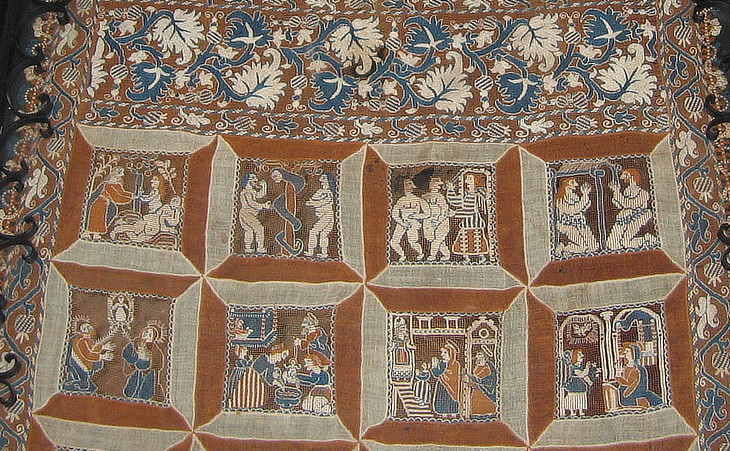 Move to Spoleto or take the local train to Cesi.