Ponte Rotto
(Vasi at work in the Grand View of Rome) 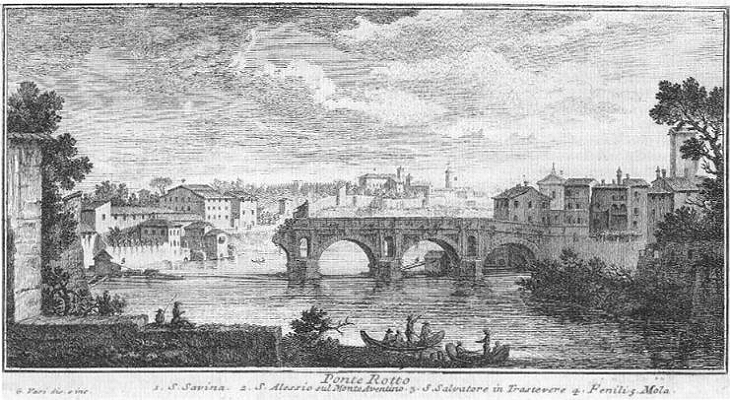 In the 1740s Giuseppe Vasi published Vedute di Roma sul Tevere, his first book of etchings which included fifteen views of the river. In 1754 some of these early views, including that shown above, were reused for Book 5 which covered the same subject. Ponte Rotto means broken bridge and the plate shows the remaining three arches of an ancient Roman bridge which was poorly rebuilt in 1575 and partly collapsed in 1598 because of a major flood; in the background one can see a view of the Aventine, the only historical hill of Rome which is touched by the river and which Vasi showed also in another etching of this book.
The view is taken from the green dot in the small 1748 map here below. In the description below the plate Vasi made reference to: 1) S. Sabina; 2) S. Alessio; 3) S. Salvatore in Trastevere; 4) Fienili (haylofts); 5) Mill. 1) and 2) are shown in detail in other pages. 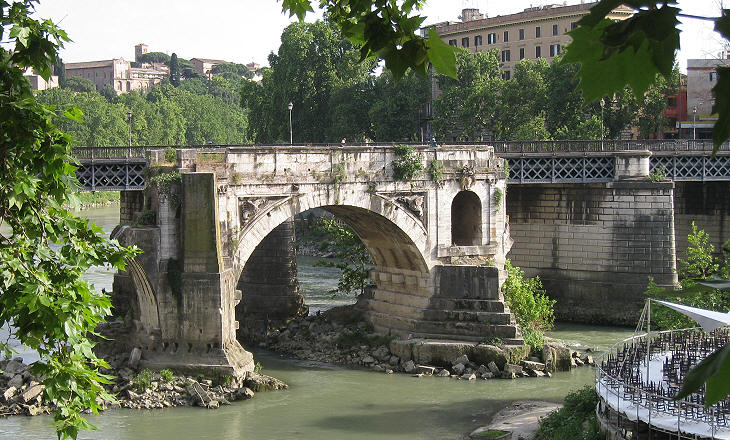 The view in July 2009; in the upper left corner S. Sabina and S. Alessio; in the lower right corner the eastern tip of Isola Tiberina. Ponte Palatino, the bridge behind Ponte Rotto was built in 1886-1890

In the late XIXth century steps were taken to prevent new floods. The enlargement of the river bed led to pulling down two of the three remaining arches of the bridge. In addition some of the buildings of Trastevere which were near the bridge, including the small church of S. Salvatore were demolished. 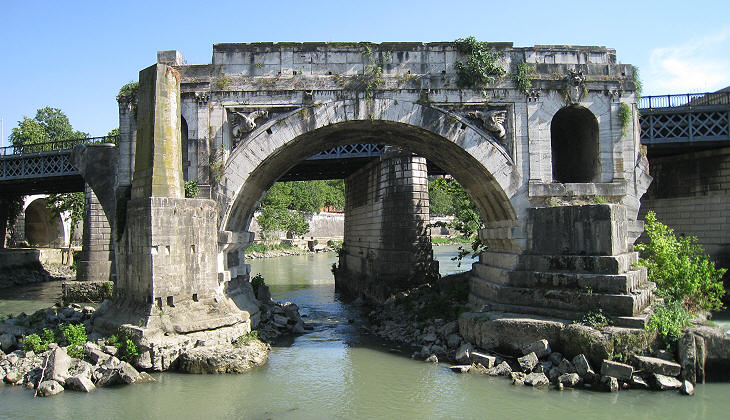 View of the remaining arch: when the river is very low one can see its ancient foundations

The sixth (ancient) bridge of a Church neere it is called di S. Maria Egittiaca, and was of old called Senatorius and Palatinus, and it is somewhat longer then the bridge Sisto.
Fynes Moryson - An Itinerary: Containing His Ten Years Travel Through .. Italy (in 1594)
The bridge was initially built in the IInd century BC and it was named after Marcus Aemilius Lepidus, who is best known for having promoted the construction of Via Aemilia from Rimini to Piacenza. Through the centuries the bridge required many repairs, but it stood up to the effects of time passing until 1557 when a flood brought down two arches. Discussions on how to repair the bridge went on for years and Luca Peto, a member of the commission appointed to make recommendations, suggested replacing the two fallen arches with just one in order to allow an easier flow of the water. Instead the bridge was rebuilt in 1575 upon the ancient foundations. 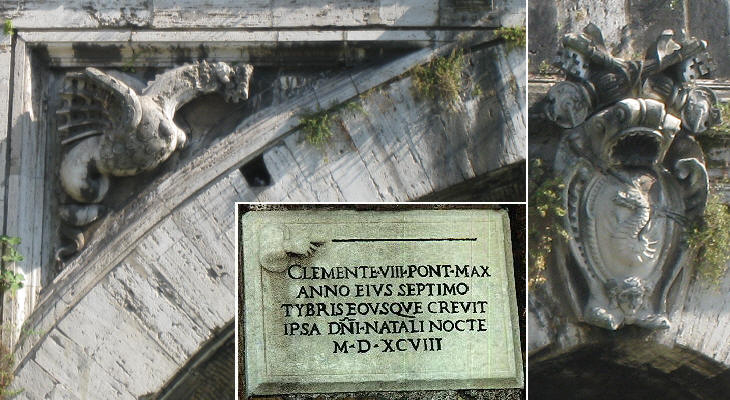 (left) Heraldic symbol (a dragon, it can be seen also in the image used as background for this page) of Pope Gregory XIII; (right) coat of arms of the Pope; (inset) tablet near Spedale di S. Spirito in Sassia indicating the level of the Tiber on Christmas Night 1598

The bridge was embellished with heraldic symbols and coats of arms, but these did not prevent the arches towards the left bank from collapsing on Christmas Night 1598. The remaining part of the bridge was left to rot; people moved from Trastevere to Rome through the nearby bridges of Isola Tiberina or via a ferry which was located downstream of Ponte Rotto. 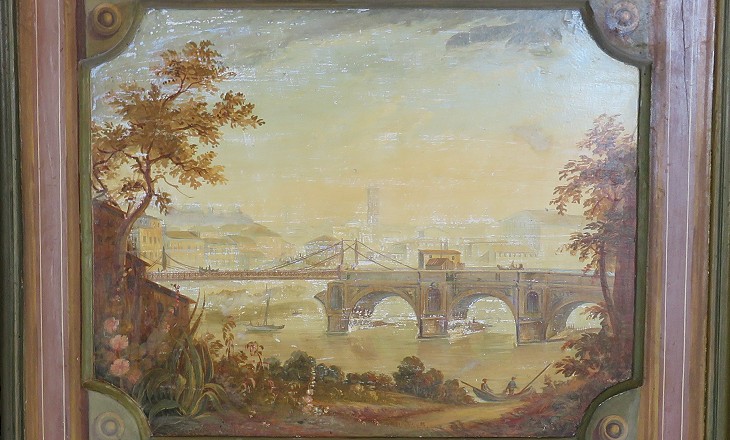 Eventually in 1853 the gap between the remaining arches and Rome was closed by a toll bridge which was pulled down in the 1880s. 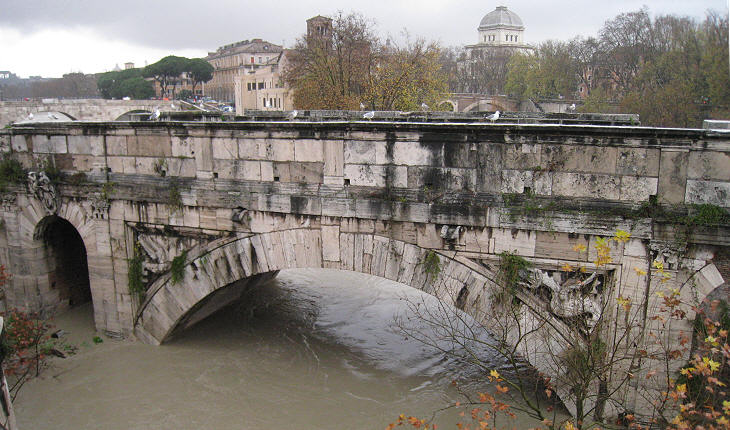 See more images of the Tiber when the level of the water grows.