is Worth a Visit 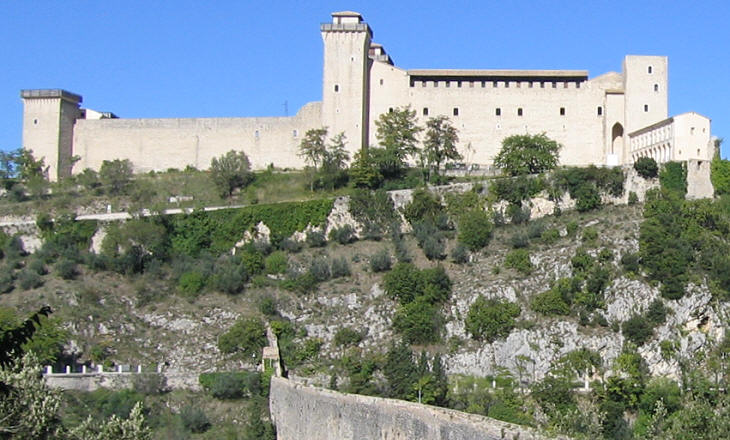 Views of the castle from Ponte delle Torri

Spoleto (you may wish to see a page on the town first) a Roman colony and subsequently a Lombard Duchy, is built on a hill at the top of which (the Acropolis) Theodoric the Great erected a castle. This was strengthened with towers by Cardinal Albornoz in his reconquest of the Papal State in the XIVth century. In 1860 Major O'Reilly with 300 Irish Guards gallantly fought the Piedmontese. The Castle was used as a prison until very recent years. A careful restoration is bringing back the original structure and many paintings. Visits are restricted for safety reasons, but the lucky ones get rewarded by a number of coats of arms! 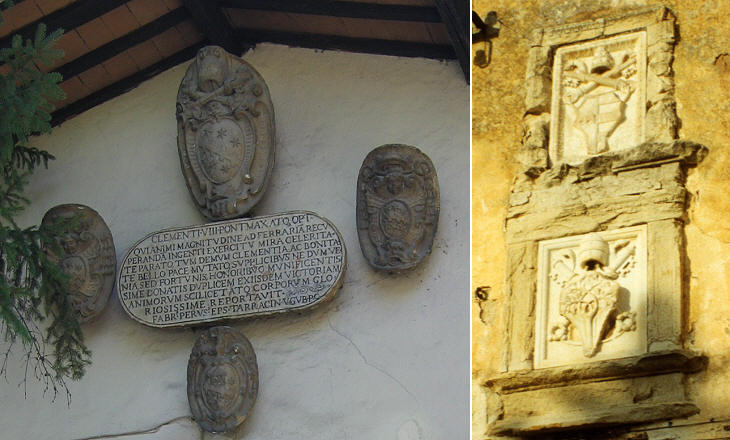 Coats of arms on the gates

Three gates protect the access to ther Castle. On the outer one there is the coat of arms of Pope Clement VIII over an inscription celebrating his annexation of Ferrara to the Papal State in 1598, while the inner one shows the older coats of arms of Pope Alexander VI and Pope Julius II. 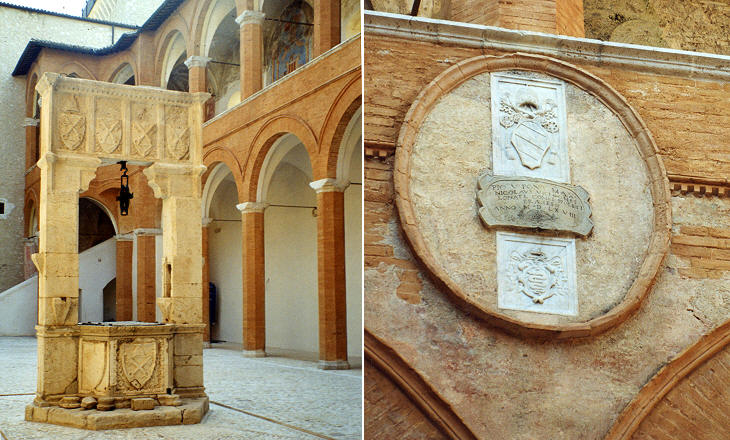 Well in the courtyard

The inner court has been brought back to its original state and the XVth century well attracts immediately the visitor's attention. The coat of arms is of Pope Nicholas V. The courtyard was restored by Pope Pius V. 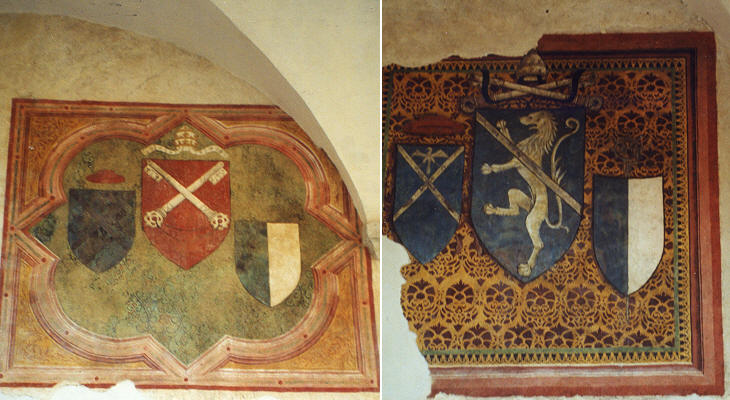 Frescoes in the ground floor

In the ground floor of the portico surrounding the courtyard two large frescoes depict coats of arms: that of Nicholas V in a very Florentine style decoration and that of Pope Paul II; the latter was a Venetian and the background of the fresco recalls a luxury silk fabric, for which Venice was renowned. 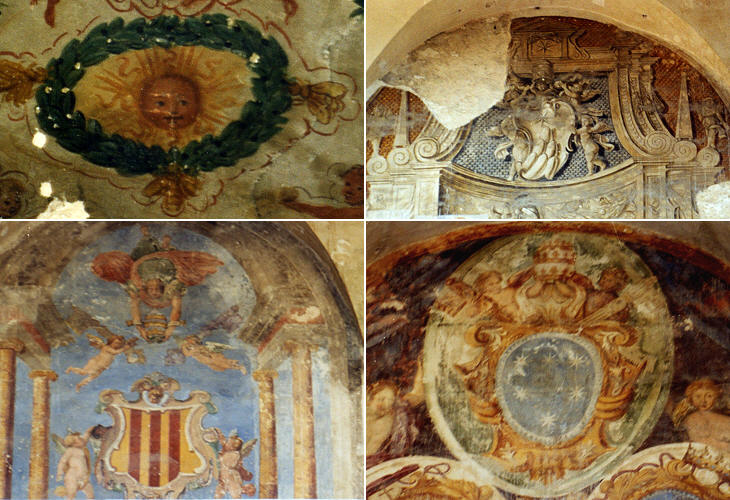 Frescoes in the upper floor 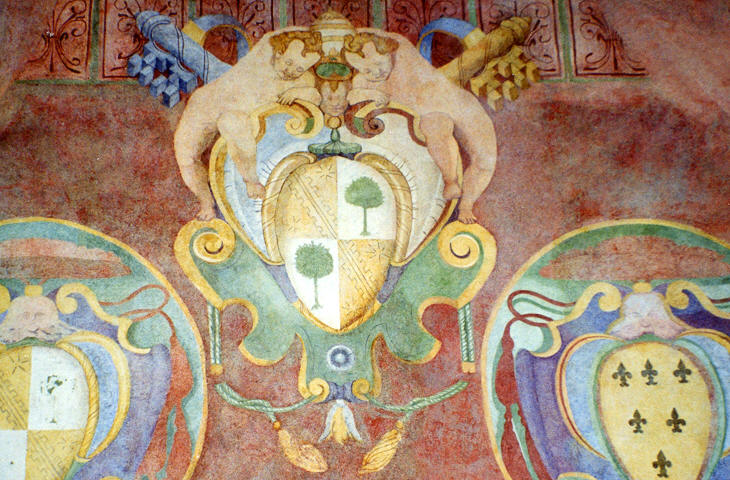 Fresco in the main hall

The main hall of the castle has a very large fresco which depicts the coat of arms of Pope Gregory XIV. That's very surprising, as he was Pope for a very short period.

Return to Spoleto or move to Trevi.