- Marcellina and S. Polo dei Cavalieri
(a terrace in Palombara with a telescope to see Rome)

If you came directly to this page you may wish to see a map of this section first.

Marcellina, unlike the other small towns covered in this section, is not situated in an easily defensible position. Its inhabitants in case of raids by the Saracens sought refuge inside a castle, known as Castrum Marcellini after the De Marcellinis, who owned it. The location of this castle is not entirely sure, because it was destroyed in 1220 by troops sent by the abbots of S. Paolo fuori le Mura to whom the Popes had assigned the fiefdom. Some walls in the olive groves along the road to Palombara are said to belong to that castle. After the destruction of Castrum Marcellini the inhabitants grouped around a Xth century abbey which was surrounded by walls. According to a census of 1804, when the parish of Marcellina was created, only 73 families lived there. The abbey is therefore the only historical monument of the town. 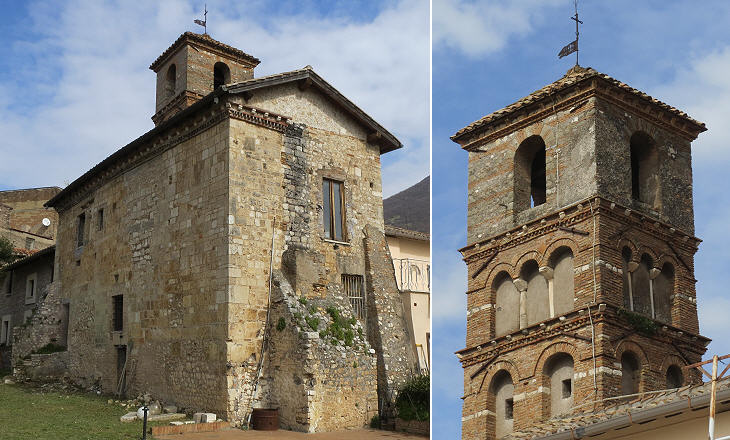 The abbey was founded on previous buildings dating from the Roman and Longobard periods. It is likely that the Longobards had a small garrison there as they did at Fara, a town north of Marcellina. In its heyday the abbey had several possessions, but probably it lost them when the area was assigned to S. Paolo fuori le Mura. 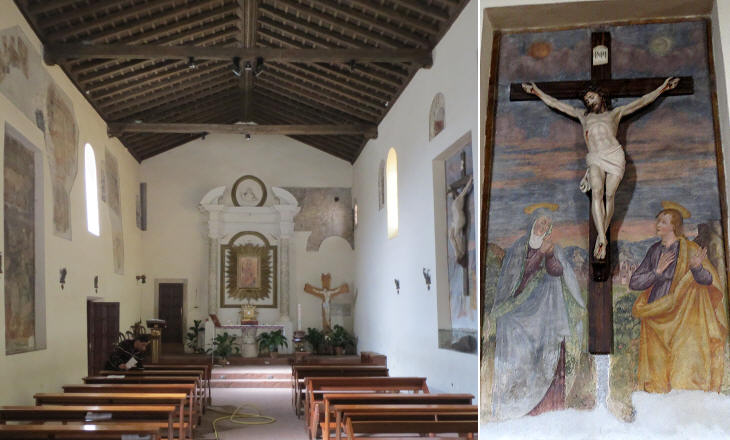 The original church had its entrance where the altar is now located, because its orientation was modified in the XVth or XVIth century. In recent years it has been restored and some old frescoes have come to light. The church was under the patronage of the feudal lords of S. Polo dei Cavalieri and on February 2 the inhabitants of that town made a pilgrimage to S. Maria delle Grazie to commemorate a miraculous vision which occurred there. Marcellina was part of S. Polo until 1909 when it became a separate municipality. 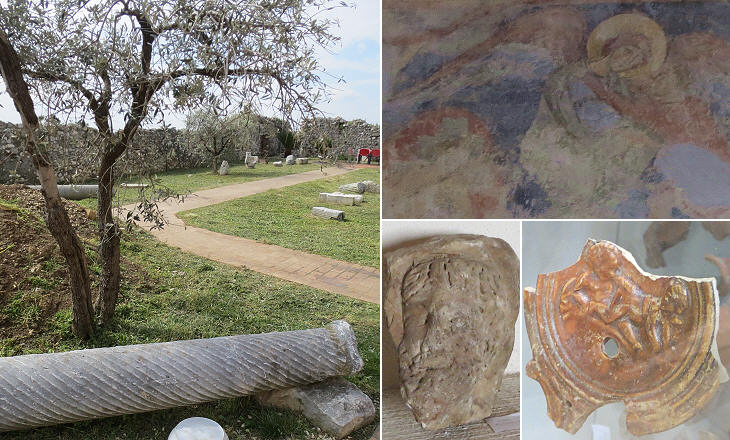 Western (above) and eastern (below) views. You may wish to see S. Polo from S. Angelo Romano

Similar to Civitella S. Paolo S. Polo owes its name to having been a possession of S. Paolo fuori le Mura. It is unclear why a reference was added to knights (It. cavalieri) in the XVIIIth century, but after 1871 it became necessary to distinguish it from three other Italian towns by the same name. The oldest record mentioning Castrum Sancti Pauli is dated 1081. It officially became a fiefdom of the Orsini of Vicovaro in 1429, but by that date it was already controlled by them. 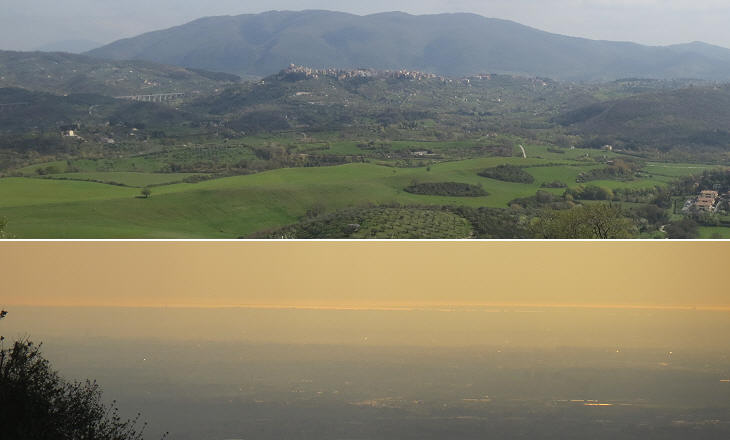 S. Polo is situated at 650m/2000ft on a ridge which separates the valleys of the Tiber and Aniene Rivers. By acquiring S. Polo the Orsini could move from their fiefdoms in the Aniene valley to those north of Rome (e.g. Bracciano) without having to pass through Tivoli, a town which was often hostile to them. The Orsini strengthened the medieval castle by adding four round towers in 1438, but they eventually lost interest in it and sold S. Polo to the Cesi in the XVIth century. Federico II Cesi, Duke of Acquasparta, a town in Umbria from where his family came, modified the castle to use it as a summer residence and had Galileo Galilei among his guests. The castle was restored in the 1960s and is a private property. A chapel dedicated to St. Roch, a saint specially invoked against the plague, near the only gate of the town indicates that S. Polo was affected by the major pestilence which hit the region in 1656. At Arsoli and S. Gregorio the local feudal lords promoted the repopulation of the towns, but this did not occur at S. Polo. Eventually the town was sold to the Borghese who did not show much interest in their new fiefdom which they leased to a local family. In the streets of S. Polo: (left/centre) small palaces with some decorative elements; (right) ancient reliefs and fragments of pavonazzetto and cipollino on the walls of houses

Return to Mentana, Monterotondo and Palombara or to S. Angelo Romano and Montecelio or to the Archaeological Museum of Montecelio.