Today's Vienna shows to the traveller an unusual layout: the relatively small city centre which is grouped around the old cathedral is surrounded by a wide ring of XIXth century large buildings and gardens and beyond that ring there are many palaces and churches of the XVIIIth century. 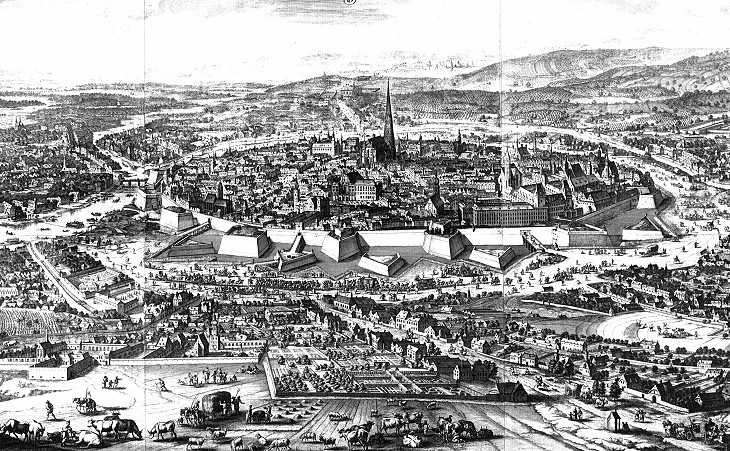 Within the walls it is not three English miles in circumference, but the suburbs like those of London and other great towns, are much larger than the city. It is now fortified after the modern way being divided by twelve bastions, ten of which are towards the land and two on the north side towards the river. By its fortifications it has been enabled to maintain two vigorous sieges against the Turks; the last was in the year 1683 when the town, being almost reduced to extremity, was luckily relieved by John Sobiesky King of Poland. Though others ascribe the defence it has made more to the goodness of the troops in the garrison and the bravery and skill of their commanders, than to the strength of the fortifications. (..) The city is divided from the suburbs by an esplanade descending in an open ground of 300 paces.
Thomas Nugent - The Grand Tour: A Journey Through the Netherlands, Germany, Italy and France - 1749
The fortifications were built in the XVIth century following Venetian patterns set by Michele Sammicheli. The image used as a background for this page shows a map of the Venetian fortifications of Candia (Iraklion) which were designed by that architect. 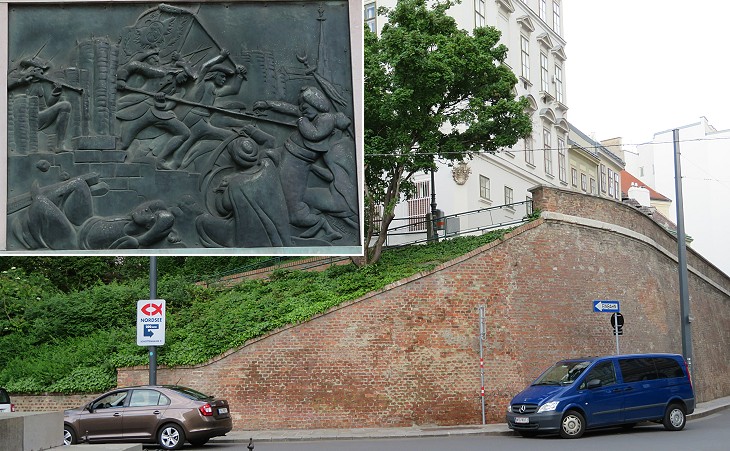 Molkerbastei, a bastion of the old walls which was not demolished in order to preserve Pasqualatihaus, where Ludwig van Beethoven lived for eight years; (inset) a relief celebrating the 1683 fights at Molkerbastei

In the early XVIIIth century, due to the 1683 defeat of the Ottomans and to the ensuing expansion eastwards of the Habsburg dominions, the population of Vienna greatly increased and its inhabitants could no longer all live within the walls. A new system of fortifications was therefore built to protect the enlarged city, but the old one was not dismantled (see a map of 1730 Vienna).
(September 1716) I was yesterday at Count Schoonbourn, the vice-chancellor's garden, where I was invited to dinner. I must own, I never saw a place so perfectly delightful as the Fauxburg (suburbs) of Vienna. It is very large, and almost wholly composed of delicious palaces. If the emperor found it proper to permit the gates of the town to be laid open, that the Fauxburg might be joined to it, he would have one of the largest and best built cities in Europe.
Letters of the Right Honourable Lady Mary Wortley Montague: Written during Her Travels in Europe, Asia and Africa to Persons of Distinction, Men of Letters, &c. in Different Parts of Europe
Vienna is no longer a fortified city; promenading is the only purpose to which the fortifications are now applied and from their breadth and elevation they are excellently adapted for it.
John Russell - A Tour in Germany, and Some of the Southern Provinces of the Austrian Empire - 1825 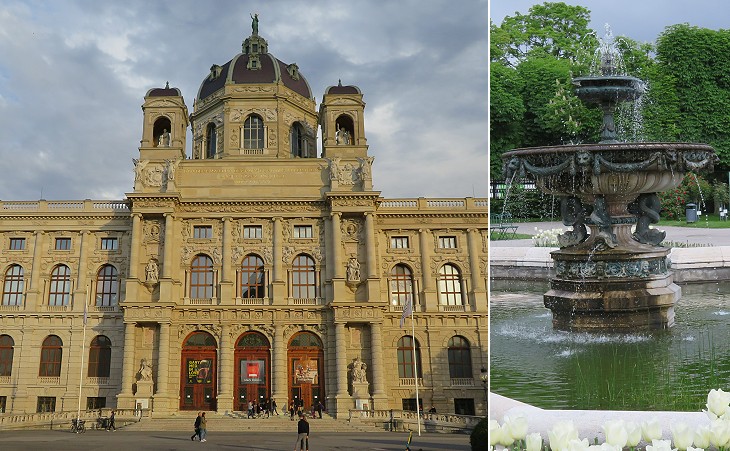 In 1857 Emperor Franz Joseph approved a plan to merge the two parts of Vienna by pulling down the old walls and by replacing them with modern buildings and large gardens. The sites of the old bastions are sometimes noticeable because of flights of steps linking different ground levels or of very short stretches of walls. It took more than thirty years to complete the large building program associated with the pulling down of the walls. It was a bonanza for the architects who designed all sorts of "neo" gigantic buildings with a preference for Neo Renaissance, Neo Gothic and Neoclassic architecture (but there was also room for an imposing Neo Tudor palace). 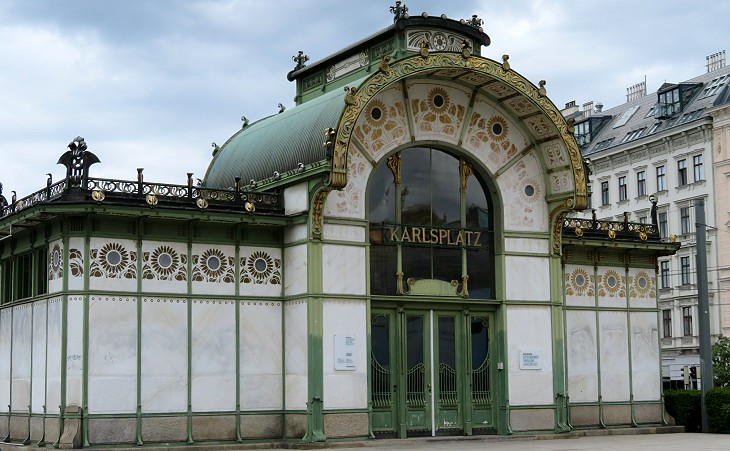 Some architects eventually took objection to this sort of catalogue of past architectural styles and Vienna saw the development of two very new trends, usually known as Secession and Modernism.
Secession (or Art Nouveau) architects created highly decorated buildings with many floral patterns. Otto Wagner designed two entrances to the underground station near Karlskirche which are regarded as one of the finest achievements of this style. You may wish to see Villino Cagiati in Rome, an Italian example of Art Nouveau. 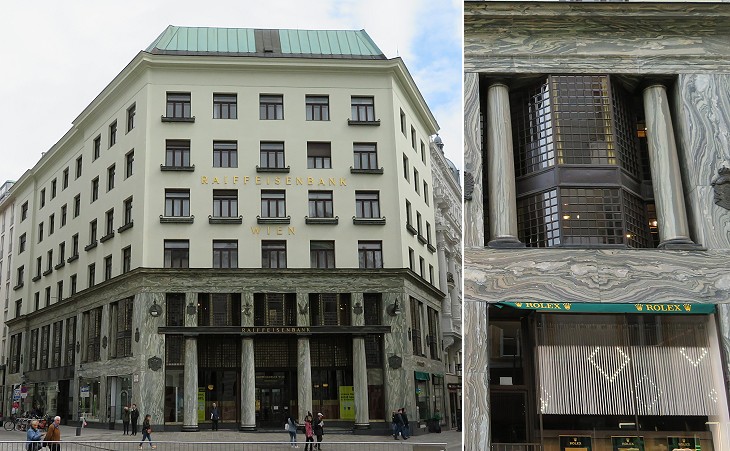 (left) Looshaus (1910-1912); (right) detail showing the use of a cipollino-like marble, similar to that which was popular in the IInd century AD

Adolf Loos designed a definitely no-frills façade for a building in Michaelerplatz, right opposite the elaborate XIXth century entrance to Hofburg, the Imperial Palace, to the great distaste of the Emperor himself. Loos is regarded as a pioneer of modern architecture. The use of stones which were popular in antiquity can be noticed also in the pavilion designed by Mies van der Rohe, another modernist architect, for the 1929 International Fair of Barcelona.