Oea, was the least important of the three ports which made up Roman Tripolis (see introductory page), but when the region declined, its harbour was not affected by silting as that of Leptis Magna and the Arab invasion of the VIIth century was not as destructive as in Sabratha. For these reasons Oea remained the only port of the region and it survived the other sister towns; eventually Tripolis, the name of the region, designated Oea. 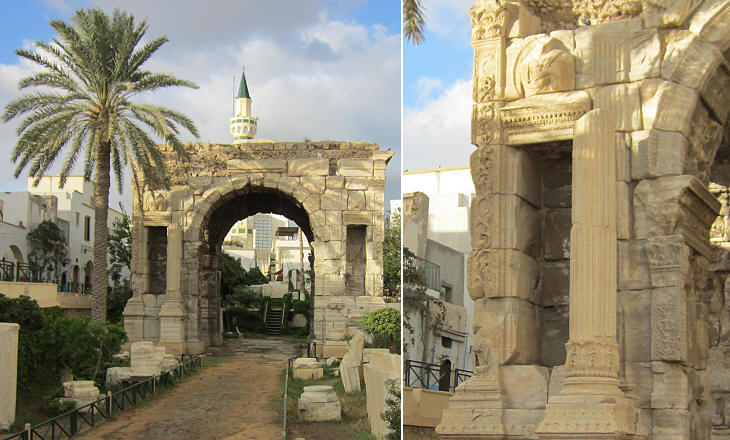 A triumphal arch in honour of Emperors Marcus Aurelius and Lucius Verus is the only remaining monument of Roman Oea; it was erected in 163 AD near the harbour by Caius Calpurnius Celsius, a local magistrate; he was the flamen perpetuus (the keeper of the imperial flame) and he was in charge of supporting the cult of the emperors. 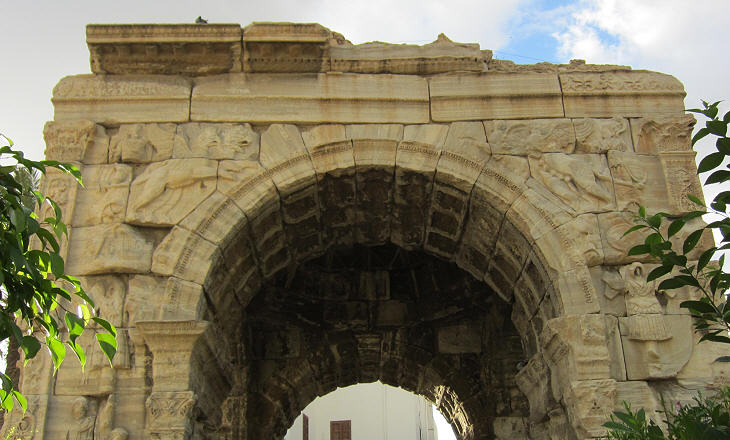 Arch of Marcus Aurelius: northern front with reliefs portraying chariots carried by griffins; the image used as background for this page shows another detail of the decoration

The arch (of Greek marble) was built at the crossing of two perpendicular streets and it had therefore four entrances; similar to Arco di Giano in Rome, most likely it was a meeting point for the businessmen of the time, so it had also a practical purpose. A few years later another arch with four entrances was dedicated to Emperor Septimius Severus at Leptis Magna. You may wish to see one of the last Roman triumphal arches (also with four entrances) at Carnuntum in Austria. 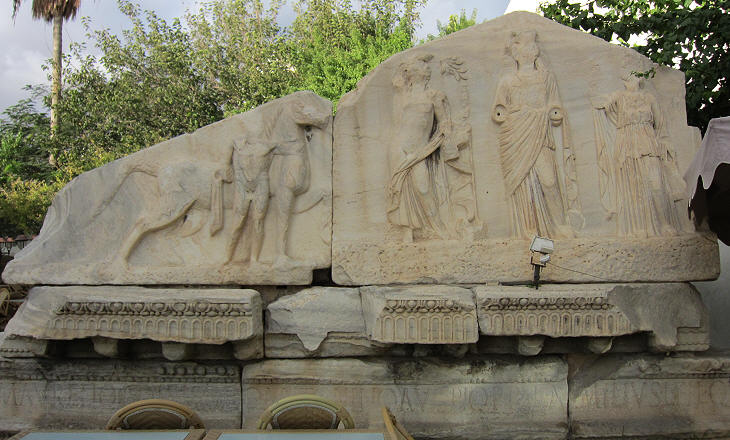 Arch of Marcus Aurelius: relief portraying a religious ceremony with Minerva and Apollo and below it parts of the dedicatory inscription

Oea was founded by the Phoenicians but eventually it acquired a typical Roman layout; it had the approximate shape of a rectangle, two sides of which were along the sea and it was protected by walls; the net of perpendicular streets can be still noticed today. 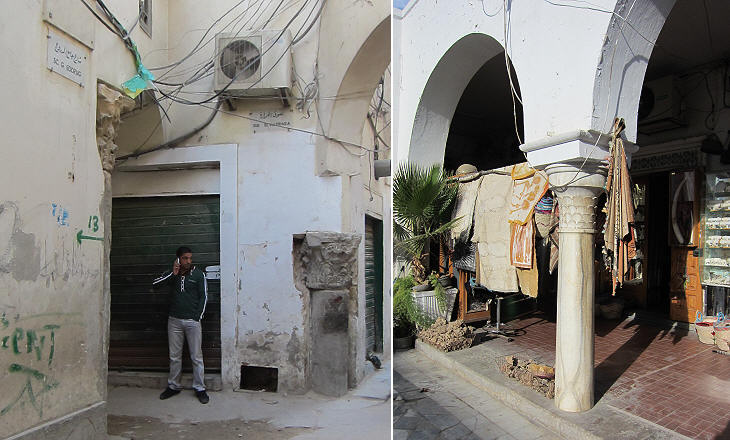 Ancient columns in the streets of the walled town

Until the Italian conquest of the town in 1911, all the inhabitants of Tripoli lived in the walled town where columns, capitals and pieces of worked marble can still be seen here and there; after a period of neglect during which the poorest migrants went to live in the old town, Libyan authorities have recently started a slow process of restoration and sanitization of the crumbling buildings. 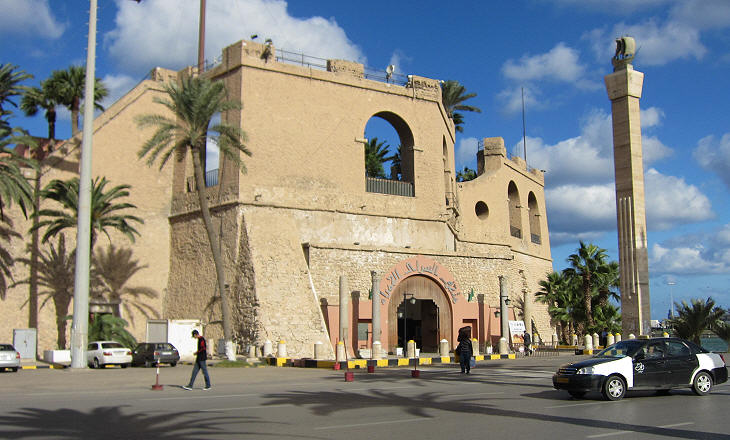 For long periods Tripoli, in addition to being a terminal of trade routes across the Sahara, was a pirates' hideaway. In 1510 the Spanish conquered the town and fortified its defences by rebuilding a small fortress between the harbour and the main gate of the town; in 1522 the Knights of St. John surrendered Rhodes to Sultan Suleyman; in 1530 Emperor Charles V gave them Malta and Tripoli, but the Ottomans conquered the latter in 1551. 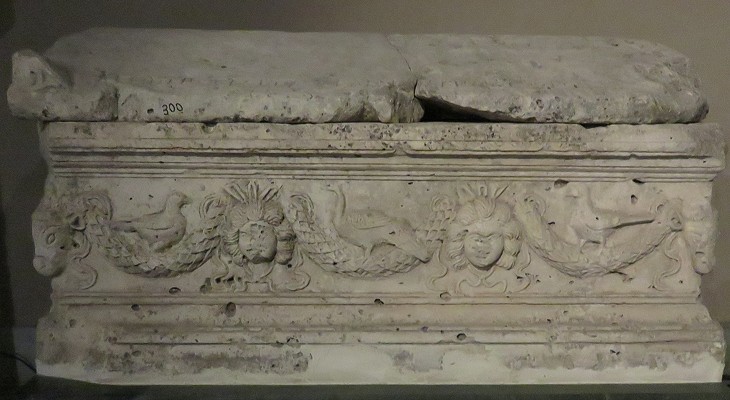 Archaeological Museum of Istanbul: Early Christian sarcophagus donated in 1869 by the Ottoman governor of Tripoli to the Sultan; you may wish to see a page on the manufacturing and trading of sarcophagi and a list of sarcophagi which are shown in this website