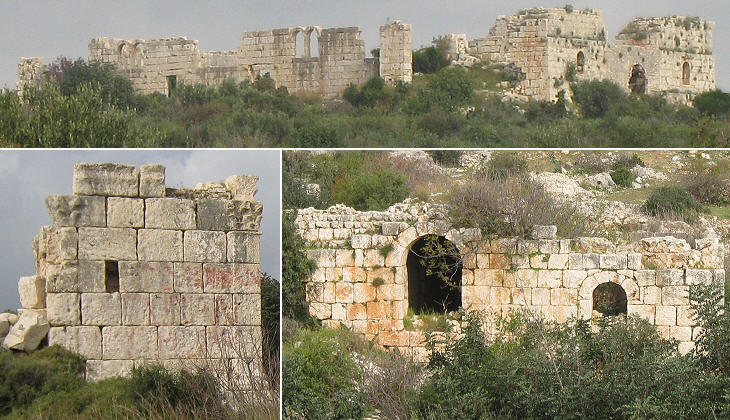 Ancient buildings along the coast east of Korykos

From Korghos the shore presents a continued scene of ruins, all of which being white, and relieved by the dark wooded hills behind them, give to the country an appearance of splendour and populousness; that serves only, on a nearer approach, to heighten the contrast with its real poverty and degradation.
Francis Beaufort, Captain of HMS Frederikssteen, a frigate of 32 guns: Karamania; or a brief description of the South Coast of Asia Minor, and of the Remains of Antiquity collected during a survey of that coast, under the orders of the Lords Commissioners of the Admiralty, in the years 1811 & 1812 - Published in 1817
The section of the large coastal road east of Korykos is flanked by the ruins of many buildings of the Roman and Byzantine periods; they are scattered in the fields and they indicate that the region enjoyed a period of economic development and security between the Ist and the VIth centuries AD. 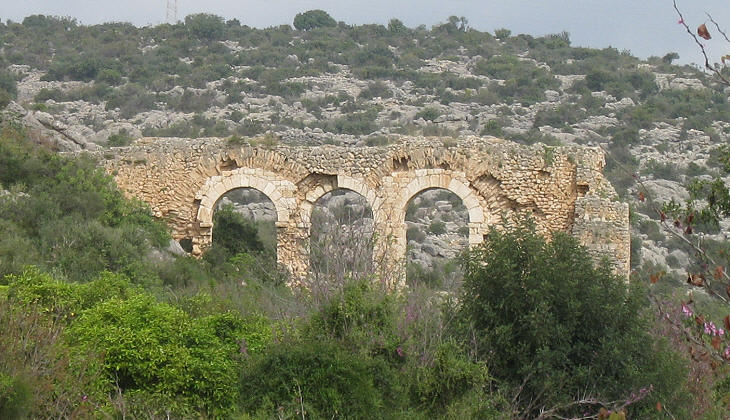 The most striking proof of the former opulence and grandeur of this place, appears in the elaborate pains that were bestowed on providing it with a supply of water. (..) An aqueduct, winding round the hills so as to preserve a regular inclination and crossing the intervening valleys on single or double tiers of arches, communicates with the river Lamas, a distance of not less than six miles in a direct line. Beaufort
The first evidence of a Roman town can be noticed in a side valley which is crossed by the arches of an aqueduct which provided fresh water to it. 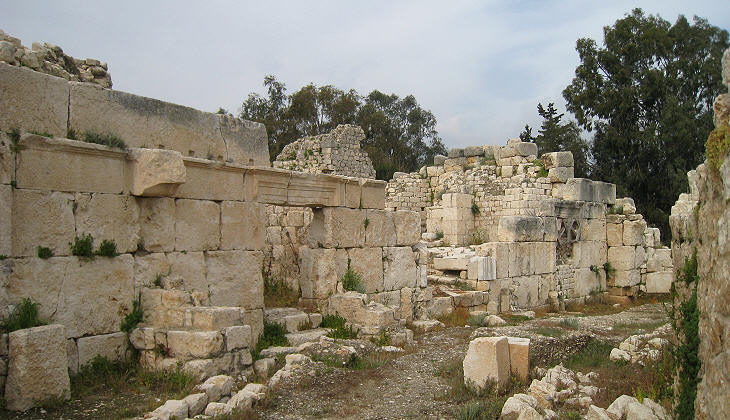 Roman portico along the northern harbour

Ayash is the name given by the present inhabitants, to a collection of miserable huts, which are surrounded by the ruins of a town that formerly occupied a considerable space of ground. (..) Strabo places a city on the island Eleusa, and he particularly specifies that it was close to the shore. No island is to be found, at present, on this part of the coast, but there is a little peninsula opposite the town, covered with ruins, and connected with the beach by a low isthmus of drift sand; from whence it may be concluded that this peninsula was once the island Eleusa, and that the isthmus has been of recent formation. Beaufort
The ruins of Elaiussa, a very ancient port, are located just a few miles to the east of Korykos; Hittite records found at Hattusa name the port as Vilhousa; in Roman time Sebaste, the Greek word for Augustus, was added to form Elaiussa Sebaste.
In Roman time a circular portico was built along a section of the harbour; later on it was turned into the residence of the Byzantine governor of Elaiussa; the town retained some importance until the beginning of the VIIth century.

The coastal road separates the archaeological area of the harbour from a series of important buildings and from the necropolis which are located inland. Here archaeologists have recently unearthed a very interesting complex, which can be regarded as a historical summary of the development of Elaiussa Sebaste.
The lowest layers of the complex are decorated with mosaics portraying marine subjects; they belonged to a Roman villa of the Early Imperial period. In the IInd century AD, the expansion of Elaiussa led to building a small agora above the villa: it consisted of a quadrangular portico with fountains: a tholos, a small circular temple, stood at its centre. 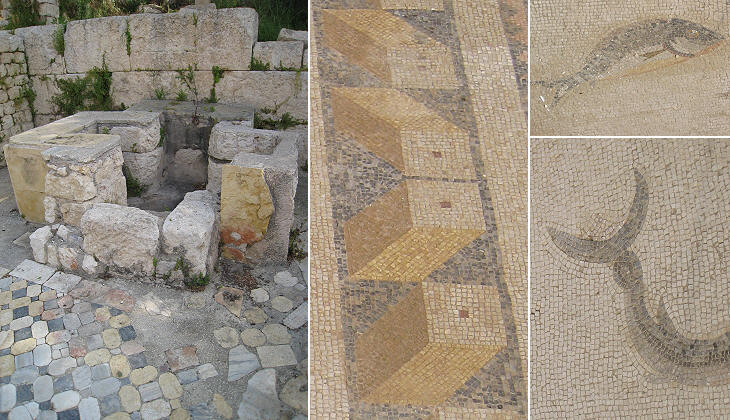 Agora: (left) baptistery; (centre/right) mosaics, also in the image used as background for this page

In Byzantine time a large basilica replaced the agora: it had two apses, one of which most likely was used for displaying relics; archaeologists have found the facility for providing baptism by immersion near one of the apses. 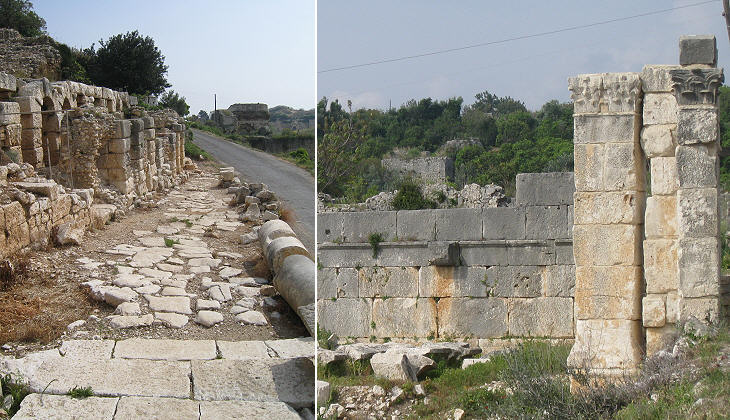 (left) Street leading to the theatre; (right) walls and pillars near the the theatre and behind them the hill where some tombs and small temples have been identified

The complete excavation of Elaiussa Sebaste meets significant obstacles, because the area is farmed and the object of touristic development, yet the unearthing of the agora has given archaeologists more leverage for convincing authorities to let them expand the excavated area. 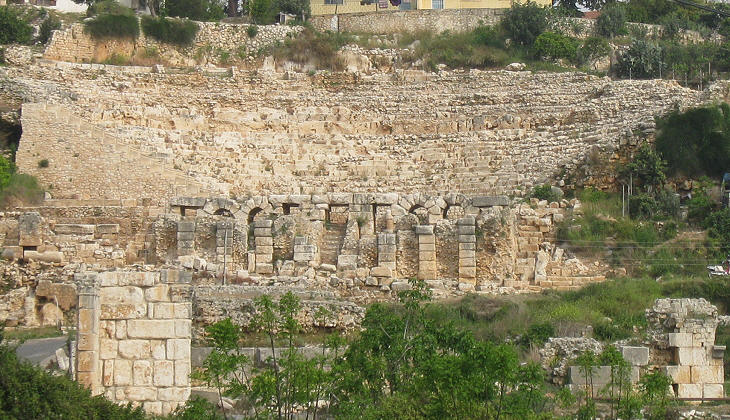 The remains of a theatre were found, and a multitude of other ruins too numerous to detail. Beaufort
The theatre of Elaiussa was located on a commanding position facing the sea; the audience, in case of boring performances, could always listen to the distant sound made by the waves.