- Tarsus
(Detail of a relief at Karatepe)

Kazalu is the Scala, or port, to Tersoos, the present name of the antient city of Tarsus, and several small vessels were at anchor there loading corn.
Francis Beaufort, Captain of HMS Frederikssteen, a frigate of 32 guns: Karamania; or a brief description of the South Coast of Asia Minor, and of the Remains of Antiquity collected during a survey of that coast, under the orders of the Lords Commissioners of the Admiralty, in the years 1811 & 1812 - Published in 1817
Tarsus is located a few miles from the Mediterranean Sea to which in the past it had direct access through the Cydnus River (Tarsus Cay). This favoured its development which was helped also by the town being near the Cilician Gates, the only pass through the Taurus Mountains which divide the Anatolian tableland from Cilicia. 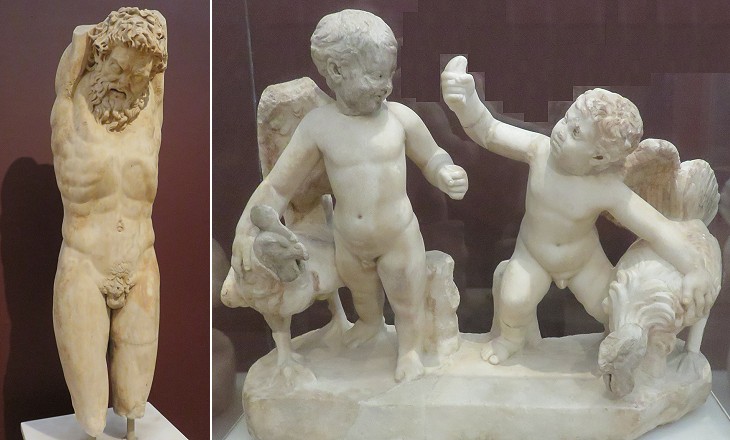 Tarsus was conquered by Pompey during his 67 BC campaign to eradicate the pirates from the Eastern Mediterranean. The Roman conquest was beneficial to the economy of Tarsus, because it became the capital of the province of Cilicia. 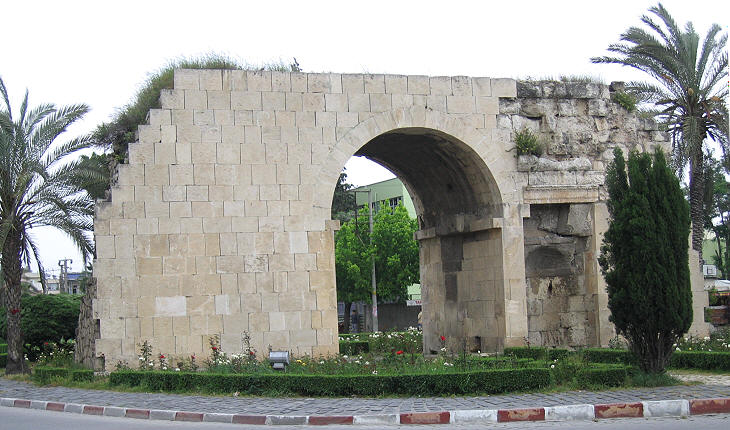 Cleopatra's Gate, also in the image used as background for this page

At the north-west extremity of the town, there are the remains of an antient gate. (..) The river Cydnus which once received the stately galleys of Cleopatra is now inaccessible to any but the smallest boat. Beaufort
In 42 BC Mark Antony was assigned the "supervision" of the eastern Roman provinces. The following year he summoned Cleopatra, Queen of Egypt and mother of Caesarion, a child she had borne to Caesar, to Tarsus. The purpose of the meeting was to verify the Queen's loyalty to Rome; it ended with Mark Antony following Cleopatra at Alexandria, marrying her and eventually going to an open confrontation with his rival Octavian.
The only remaining ancient gate of Tarsus is named after Cleopatra, but it is likely to have been rebuilt by the Byzantines. 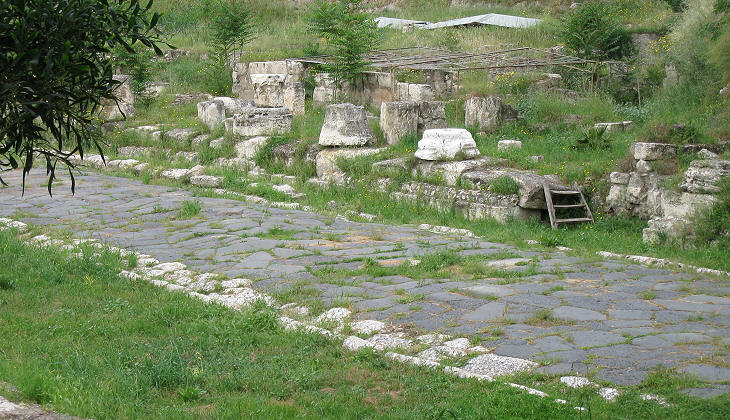 We were assured by an Armenian that all the remains of antiquity had been destroyed, or converted into modern buildings, except a theatre, which lay near the river, buried in rubbish and bushes; but he dissuaded us from searching for it. Beaufort
The ancient town lies under the modern one; when a site is excavated to replace the old buildings with new ones or to open new roads it often happens that some traces of the past are found. A few years ago a section of a Roman road was found in the centre of Tarsus. 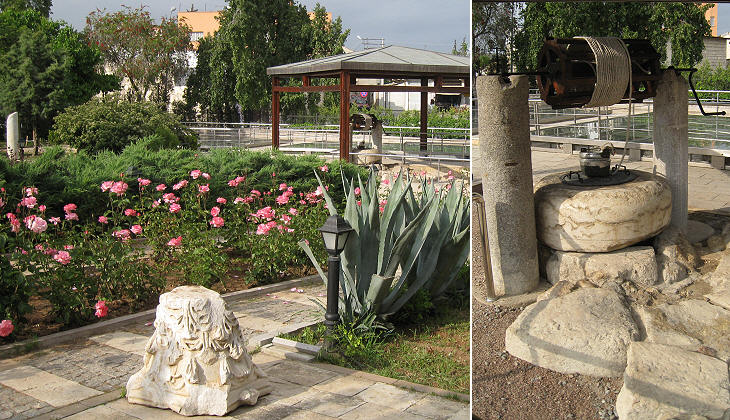 According to the Acts of the Apostles St. Paul was born in Tarsus: an ancient well is named after him and said to be located in the former courtyard of the saint's house. The well and a nearby small basin are regarded as a holy place; they are surrounded by a garden which is embellished with Roman columns and reliefs. Tarsus is not very far from Antioch, a cradle of Christianity. After the Byzantine power was weakened by the Seljuks in the XIth century Tarsus became part of the Kingdom of Lesser Armenia; after this was replaced by the Ramanazoglu Turkish Beylik many Armenians continued to live in Tarsus. One of their churches was turned into a mosque, but its Christian origin is very evident because the façade is not oriented towards Mecca (it should face north, while it faces west). Armenian buildings have very limited decoration (if any), but their design is neat and they were strongly built.
The thick walls of Roman baths were incorporated into later buildings; their massive structures have been freed from additions. 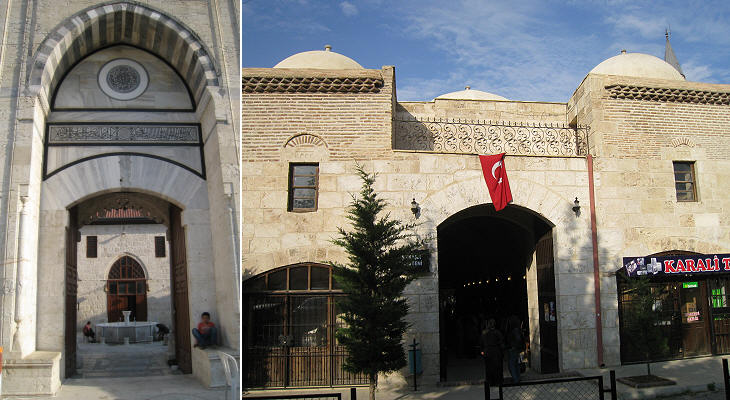 There are many respectable looking moskes, and some lofty minarets, of which, one was distinctly seen from on board: all the houses are small and wretched, except that of the Moossellim; but the Bazaars were well stocked, and the inhabitants had a look of business. Beaufort
The Ramanazoglu were a Turkish dynasty, but they acted as proxies for the Mamelukes who ruled Egypt; in the confrontation of powers which took place in the Near East after the fall of Constantinople in 1453, the Mamelukes were financially supported by Venice to help them contain the Ottoman expansion. Eventually in 1515 Sultan Selim I declared an all out war on the Mamelukes: he invaded Cilicia and then Syria and Egypt until he captured Cairo on January 20, 1517.
The Ottoman conquest coincided with a general decline of Tarsus; the Ramazanoglu remained a powerful family and in 1579 a member of this family built Ulu Camii above an ancient church dedicated to St. Paul. A covered market near the mosque belongs to the same period, but they are almost the only monuments of the Ottoman period.

In the XIXth century the introduction of cotton growing brought new life to the economy of Cilicia and Tarsus. The wealthiest families built large houses which have been preserved in Tarsus Evleri, a district at the centre of the modern city.