- Silvan and Malabadi Koprusu
(Detail of a relief at Karatepe)

Silvan is located some thirty miles east of Diyarbakir on the road leading to Lake Van and beyond it to Eastern Armenia and Iranian Azerbaijan. Some archaeologists and historians locate the ancient city of Tigranakert in the vicinity of Silvan.
Tigranakert was founded by King Tigranes of Armenia in ca 80 BC as the new capital of his kingdom. In 69 BC the town was conquered by the Romans and many of its inhabitants were sent back to their places of origin; the town was given back to Tigranes in return for an indemnity, but in 64 AD it was again taken by the Romans. The memory of Tigranakert survived only because it was mentioned by Roman historians when describing the arrival to Rome of King Tiridates at the time of Emperor Nero. 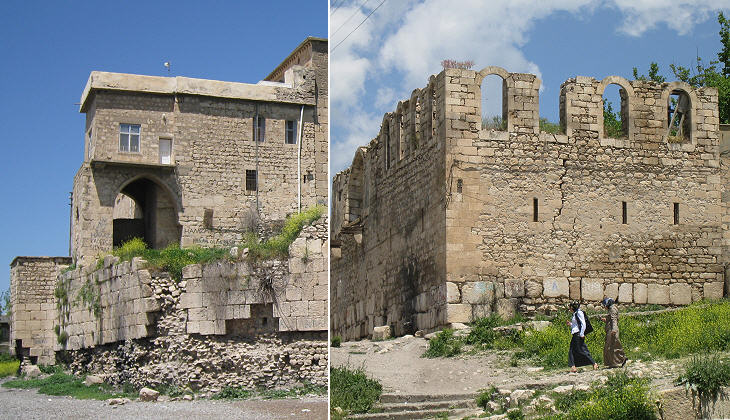 Houses built above the southern (left) and western (right) walls

The foundation of Silvan on a previous Armenian village called Maypherqat is attributed to St. Marutha, bishop of Tagrit (today's Tikrit in Iraq) and it is thought to have occurred in the early years of the reign of the Sassanid (Persian) King Yazdegerd I (399-421). St. Marutha brought to the new town many relics of Persian Christian martyrs and for this reason he changed the name of the village into Martyropolis; the town was located in Byzantine territory, but it was repeatedly occupied by the Sassanids.
In 639 the Arabs conquered Martyropolis; the walls of the town were initially built by the Byzantines, but their current appearance is the result of several later modifications. 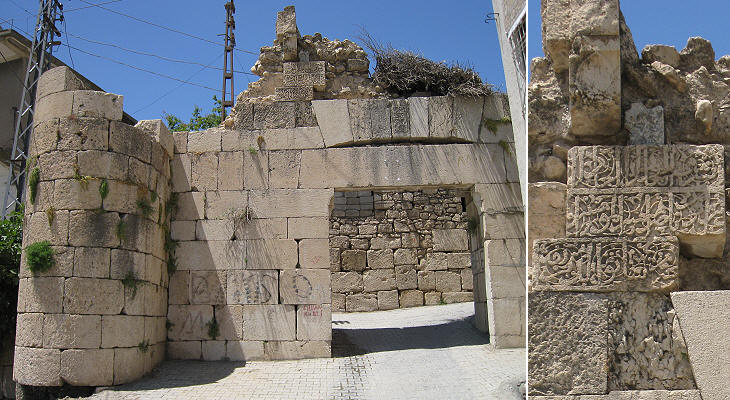 After the Arab occupation the town became known as Mayyafariqin, a name derived from its Armenian origin; it acquired importance at the end of the Xth century when it became the capital of a local emirate ruled by the Marwanid dynasty which included Mardin; this emirate lasted for almost a century until it was conquered by Malik Shah, the founder of a short-lived Seljuk Empire. 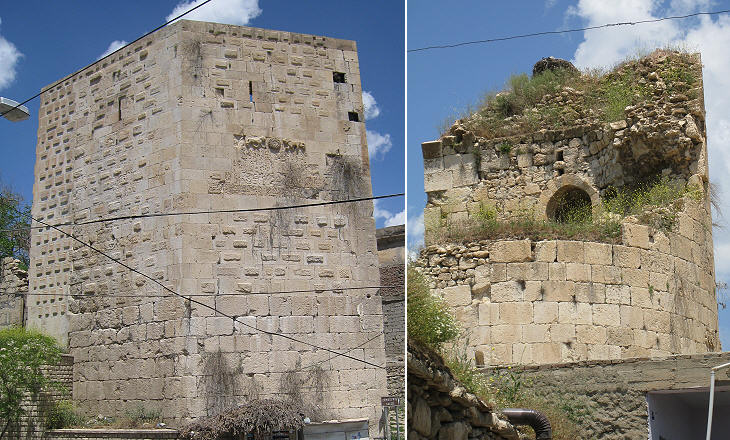 (left) Aslanli Burcu (Lions' Tower); (right) a tower on the eastern section of the walls

The main monuments of Silvan (the modern Turkish name of the town) were built by its Artukid rulers, who conquered the town in 1118. The Artukids founded three adjoining emirates which included the most important towns of the region: Diyarbakir, Mardin and Harput; they strengthened the eastern fortifications of Silvan by building new towers. 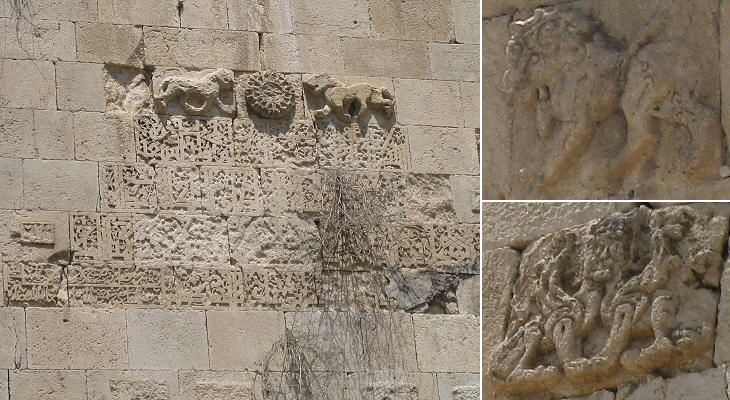 (left) Aslanli Burcu reliefs and inscriptions; (right) other reliefs on the eastern section of the walls

Aslanli Burcu, the well preserved diamond shaped tower at the eastern entrance of Silvan is decorated with two lions placed above a lengthy inscriptions; they can be seen also in the decoration of the Artukid Palace at Diyarbakir; other reliefs on nearby towers are more elaborate and may belong to a later period, when the Artukids were forced to become vassals of the Ayyubids, the governors of Aleppo. In 1260 Silvan became part of the Mongol Ilkhanate of Persia and it soon lost importance. 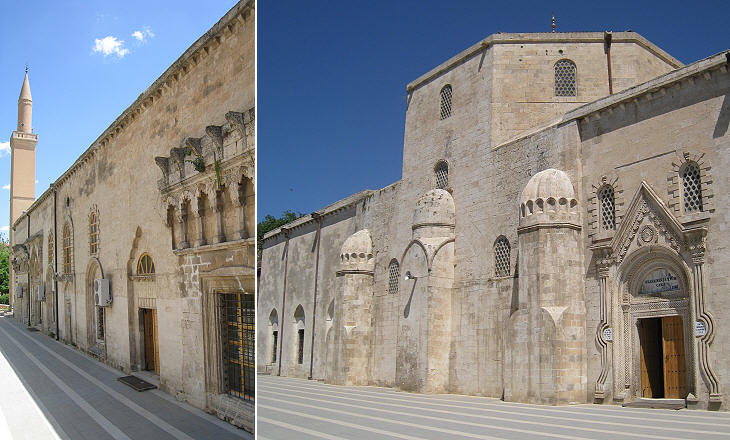 The Great Mosque of Silvan was built by the Artukid ruler of the town in ca 1157; the presence of three apses on its southern side could derive from the existence of a previous Christian church; the apses indicate the direction towards Mecca (see also Melik Mahmut Camii at Mardin); the main entrance is located on the northern façade. 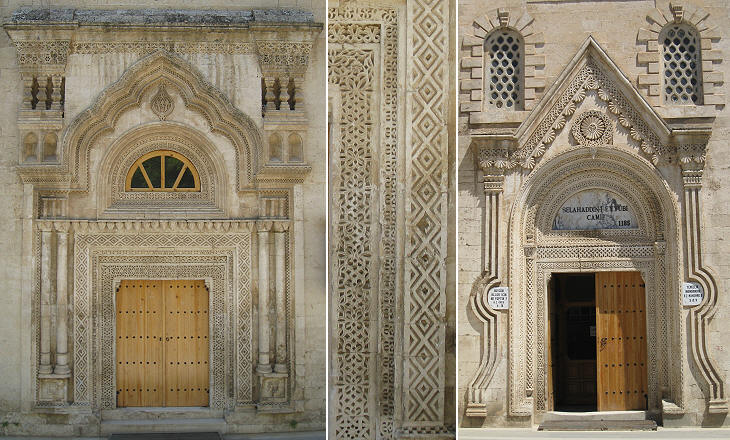 The main portal has a very elaborate design; some features of the building reflect Syrian architecture, others follow Persian patterns. The southern entrance has a modern appearance: it bears a modern inscription with the name of the mosque and the date 1185; in that year the Ayyubid leader Saladin imposed his sovereignty on the Artukids and the mosque was dedicated to him, hence Selahaddin Eyyubi Camii. 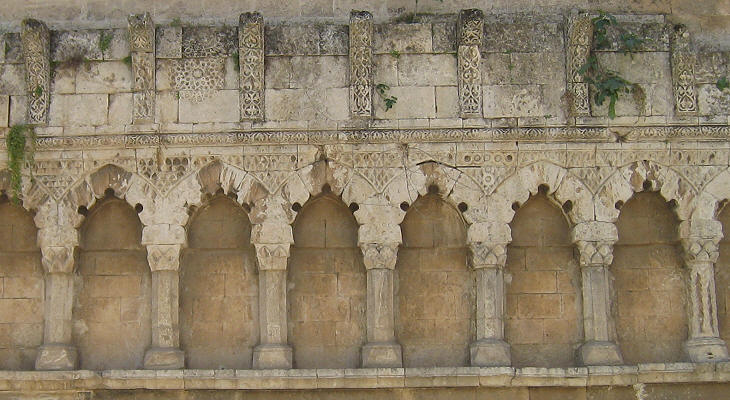 The northern façade is decorated by an elegant gallery of the Artukid period; in origin this gallery covered the entire length of the building. 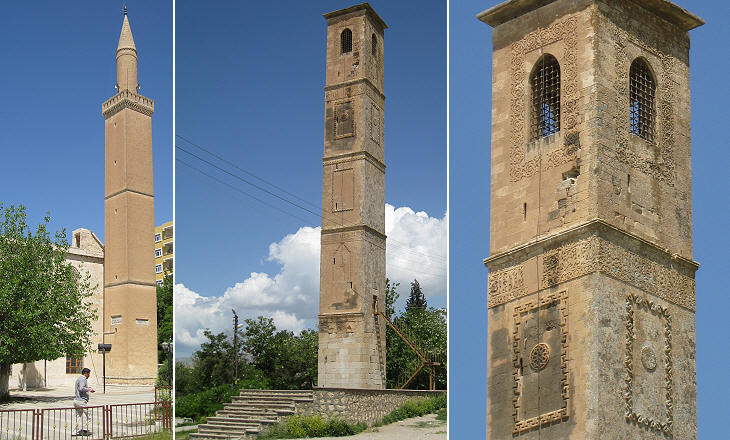 The minaret of Ulu Cami is the result of many modifications and restorations. Its design is similar to another minaret in the outskirts of Silvan. It was built between 1199 and 1212, when the Artukids were vassals of the Ayyubids; there is no trace of the mosque to which it belonged. Part of the highest section of the minaret is a modern reconstruction. It is similar to the lonely minaret of the Great Mosque of Harran.

Ayyubid Minaret: detail of the decoration

The Batman River is an important tributary of the Tigris; the bridge across it was built to facilitate trade between Upper Mesopotamia and Persia and Central Asia. It was built by the Artukids in 1146-1147 and it was restored at the end of that century. 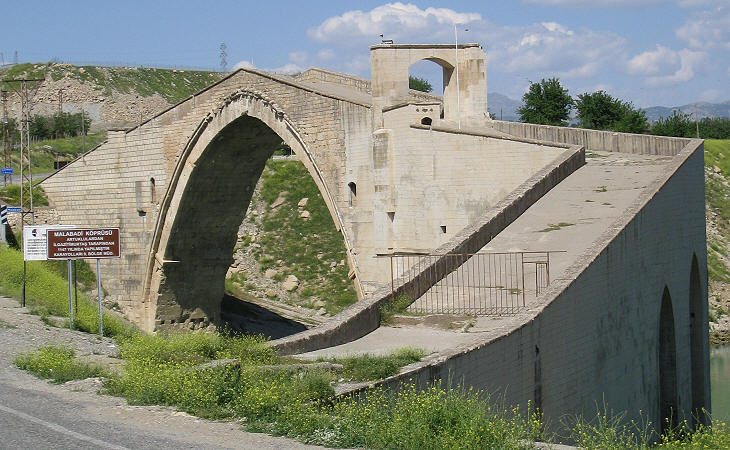 The span of the bridge crosses perpendicular to the river, but the approaches to the main arch are placed at an angle to it; two arches indicated the points where a toll was collected. The span of the central arch is the second longest one among historical bridges in Turkey. Malabadi Koprusu was the only bridge across the Batman River in the region until the 1950s when a new bridge was built. 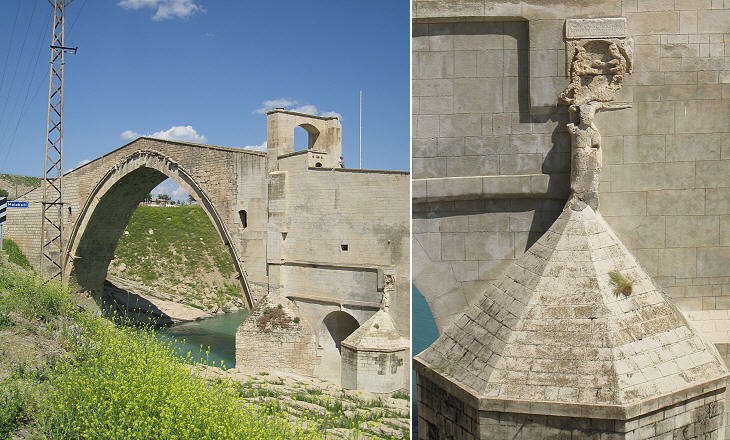 Malabadi Koprusu: (left) view of the side pillars; (right) relief above one of them

The image shown in the background of this page shows the label from a bottle of spring water named after the bridge.