- Città Cospicua (Bormla)
(detail of a statue of St. Catherine of the Wheel in the parish church of Zejtun) 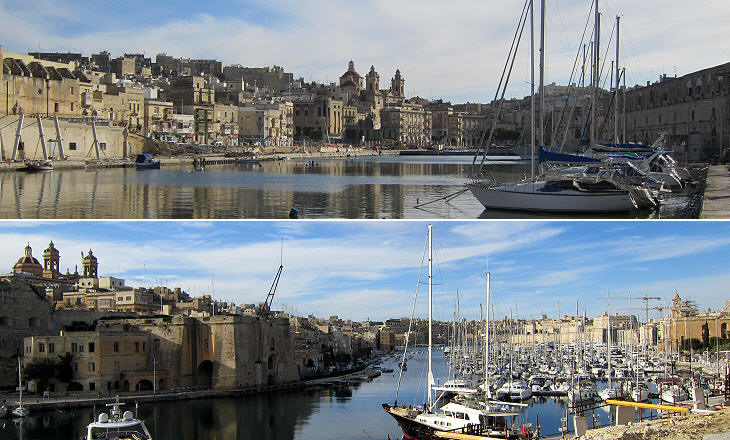 Porto delle Galere was a natural harbour between the peninsula of Borgo and that of Senglea. During the 1565 Siege of Malta the Ottomans fired on the ships of the Knights from the unprotected land between the two peninsulas. In the years which followed the siege this land started to be populated and a church was built there in 1584. The borough was called Bormla, from burmula, an old local word meaning high place. 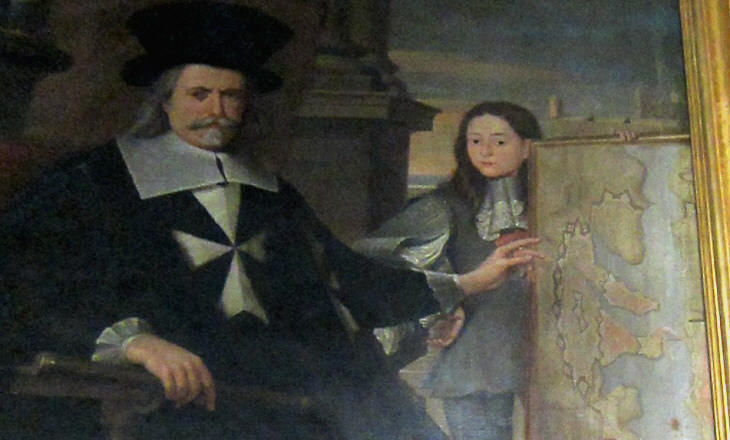 In 1587 the new settlement became a parish and in 1638 Grand Master Lascaris started the construction of walls meant to protect Bormla and to link the fortifications of Borgo with those of Senglea. These walls are known as St. Margaret Lines, after a bastion dedicated to that saint on the small hill from which the Ottomans fired into the harbour. The fortifications were designed by Cardinal Vincenzo Maculani da Firenzuola, who in addition to being an eminent member of the Dominican Order and a diplomat, was praised by Pope Urban VIII as a military architect.
St. Margaret Lines were yet to be completed when in 1670 Grand Master Nicolas Cotoner decided to build new larger walls (Cottonera Lines) surrounding the Three Cities, as Borgo, Senglea and Bormla were collectively known. 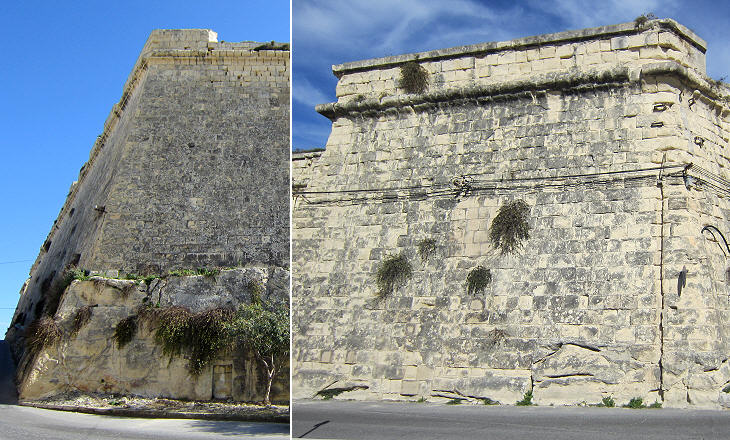 Grand Master Cotoner decided to build new fortifications after the Venetians surrendered Candia to the Ottomans in 1669. He feared that the latter would turn their attention to Malta and he decided to protect a very large area with walls where the whole population of the island could seek refuge in case of Ottoman invasion and withstand a very long siege (that of Candia had lasted more than twenty years). 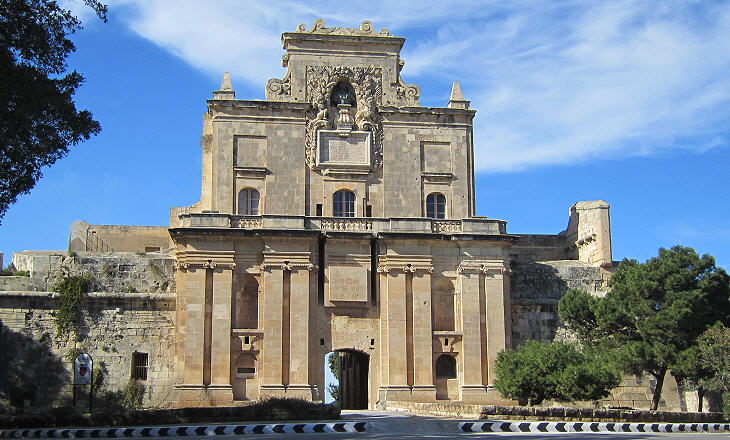 The new walls were designed by Maurizio Antonio Valperga, an Italian military engineer who had worked for Cardinal Jules Mazarin in France and for the Duke of Savoy in Turin. The planned fortifications were never completed and in particular the walls were not protected by a ditch and by much needed outer works. Cotoner exhausted the Treasury of the Order and his own funds and eventually he had to suspend the construction of the new fortifications. 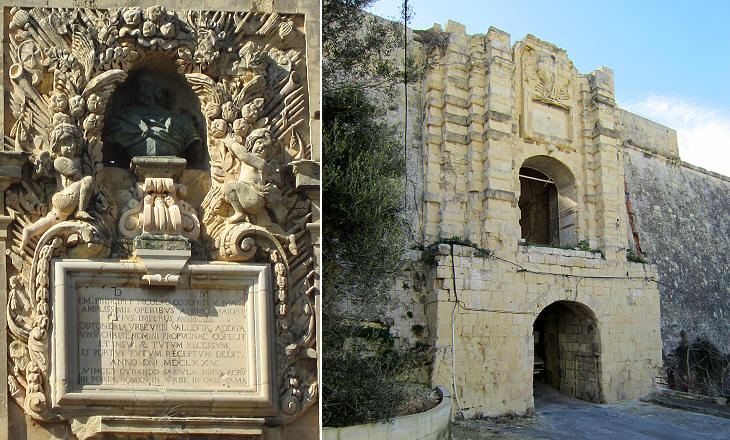 In 1675 Cotoner commissioned Carlo Fontana, a leading Roman architect, a monument to celebrate the new walls, although they were yet to be completed. Its design influenced similar decorations at Auberge of Italy and at Our Lady of Victories at Valletta. The inscription indicates (INSULAE TUTUM RECESSUM) the purpose of the new walls to protect the whole population of the island and the wish to rename Cotoneria the Three Cities. 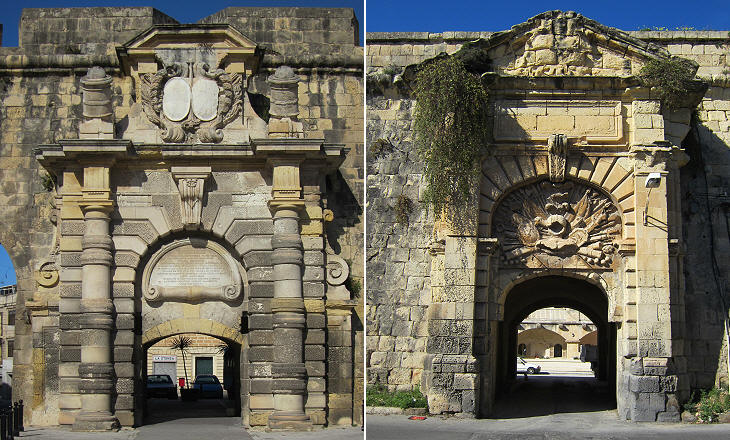 During the XVIIIth century the Grand Masters tried to complete a simplified version of the fortifications designed by Valperga, but they focused more on building celebratory gates, than on actually making the fortifications effective. In the XIXth century British military experts came to the conclusion that notwithstanding their imposing bastions and elegant gates, the two lines had several pitfalls and built new fortifications (Corradino Lines) to protect the dockyard area at Senglea. 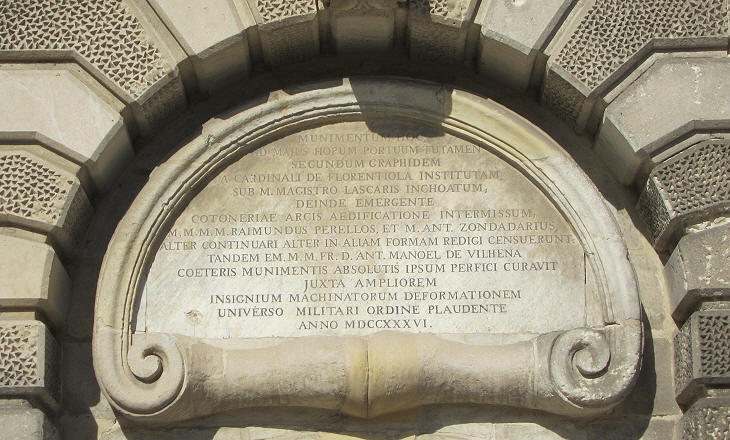 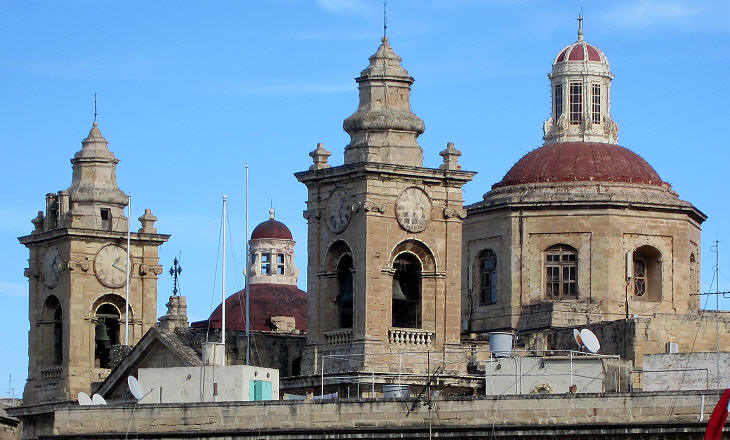 The parish church of Bormla was enlarged in 1680 and 1730 and again modified in the XIXth century; its design is consistent with that of many other churches of Malta and it is characterized by a large red dome and two bell towers at the sides of the façade. In particular it resembles Our Lady of Victories at Senglea (see first images of this page). 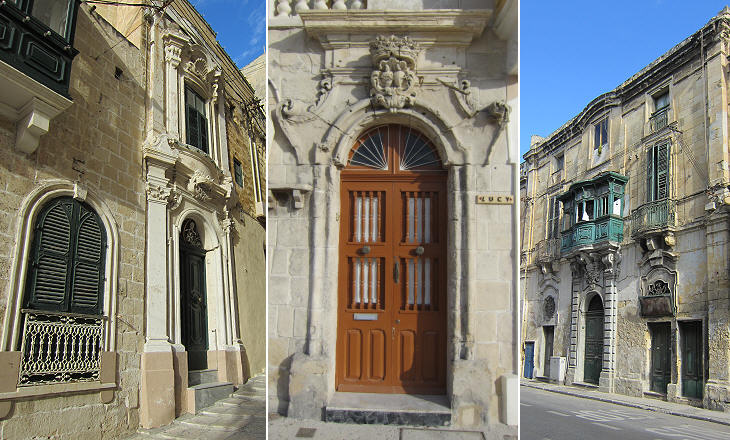 In the streets of Bormla/Città Cospicua

Notwithstanding the impact of bombings during WWII, Bormla retains some interesting XVIIIth century buildings including a tabernacle with the statue of Our Lady of Seven Sorrows which you can see in the image used as background for this page.