and of Pope Urban VIII
(Relief at Università della Sapienza)

The Bees and the Sun 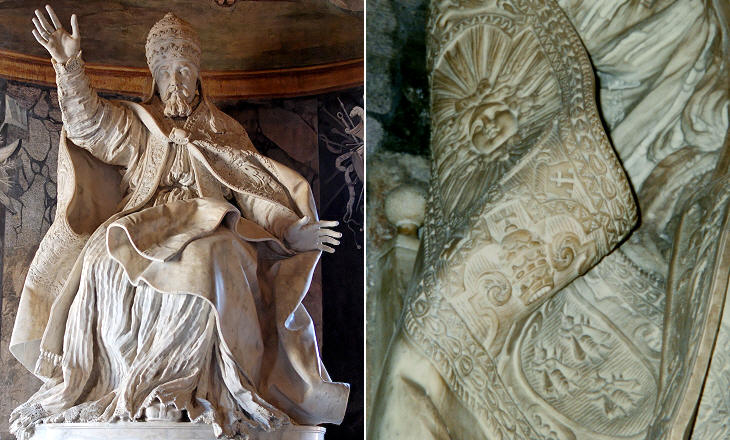 Pope Urban VIII (Maffeo Barberini 1568-1644) from a Florentine family is known for the many initiatives he took to embellish Rome during his long pontificate (1623-1644). The young Gian Lorenzo Bernini was his favourite artist and the two created over a period of twenty years some of the Baroque masterpieces one can see in Rome, although at the expenses of ancient Roman buildings, e.g. the Pantheon.
Three bees are the symbol of this Pope and can be seen on many monuments of Rome. But the Barberini had another symbol which does not show on their coat of arms: the Sun, as you can see on the statue of the Pope by Bernini once in Palazzo Senatorio, now in Palazzo dei Conservatori.
Sometimes the bees were destroyed by enemies of the Barberini family or in general of the Pope, while the Sun was spared. So when going around in Rome, remember that the suns you see do not represent Helios and have no pagan origin! 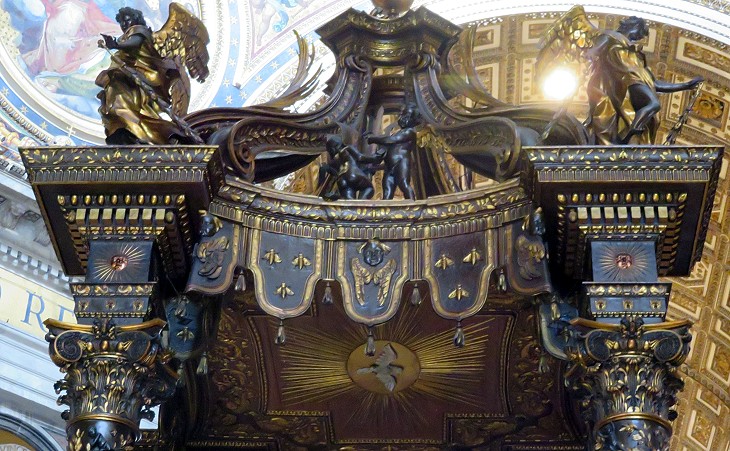 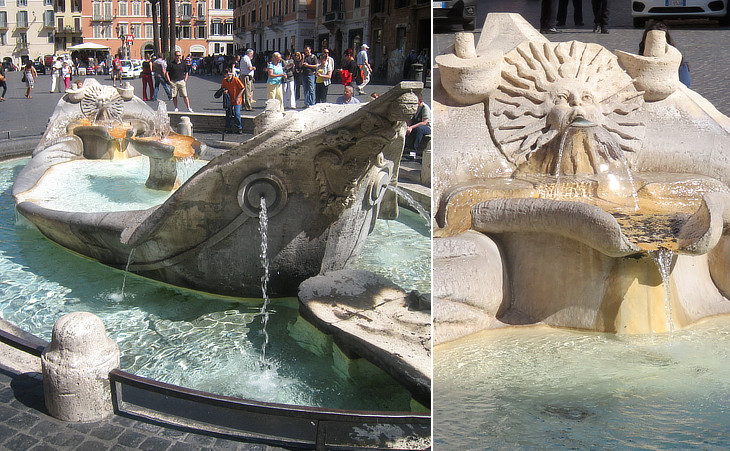 The fountain in Piazza di Spagna

Pietro Bernini the father of Gian Lorenzo found the way to please his master and to not sacrifice art in La Barcaccia (the Boat), one of the nicest fountains in Rome in the centre of Piazza di Spagna (the Spanish Steps). The sun is shining: the sunbeams are very long and neatly sculpted. This representation of the Barberini symbol became the pattern for many other suns. 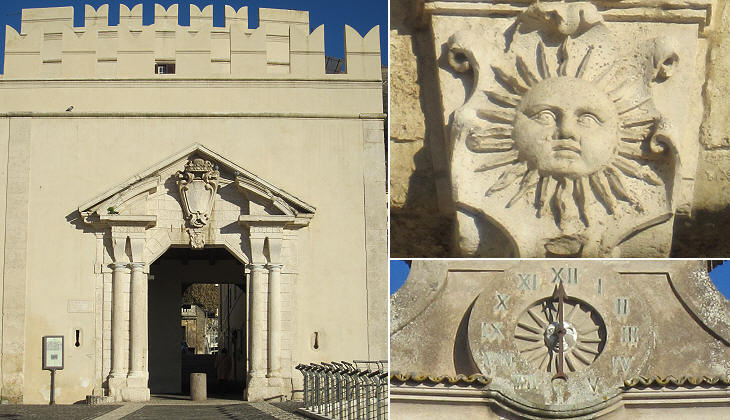 Palestrina, the ancient Preneste, became a fiefdom of the Barberini family, who built here their country residence on top of a Roman Temple.
They rebuilt the walls of the little town and they put their coat of arms on the main gate, but the bees did not survive, while the sun stayed on to the point that today the gate is called Porta del Sole (Sun Gate). The sun is also at the center of the clock at the top of Palazzo Barberini in Palestrina.

The University of Rome is called "La Sapienza" (the Wisdom) after a plate on its façade with the saying "initium sapientiae timor Domini" (the beginning of wisdom is the fear of God). Urban VIII nearly completed a large renovation of the building and the Barberini sun shines on the walls. Monastero Dominicano della Minerva near the church of S. Ignazio was very close to the offices (bureaux hence the nearby Via de' burrò) of the French administration during the exile of the Pope (1807-1814). The bees did not survive, but the sun still shines. 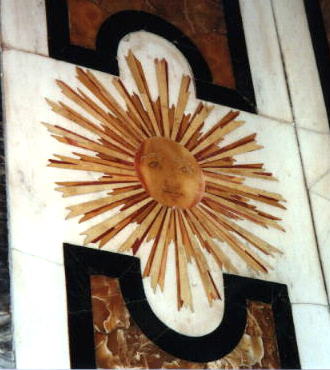 Decoration of the chapel

To close this page let's visit the very sophisticated little chapel in the Barberini Palace in Palestrina. The picture of my Guestbook comes from there!
The walls are covered by marble mosaics with the bees and obviously the sun. It's definitely worth the journey.