You may wish to see an introductory page to this section or a page on Xian first.

Rites of passage are rituals which mark a significant change in a person's life. All cultures have developed ceremonies surrounding events such as childbirth, coming of age, marriages and above all death. The dead were accompanied on their last journey by what was thought to be useful in the afterlife; ancient Greeks placed a coin in the mouth of a dead person, so that he could pay Charon, the ferryman who carried the souls across the river that divided the world of the living from the world of the dead.
Qin Shi Huang, the first emperor of a united China, decided to cross the fatal threshold accompanied by his whole army. 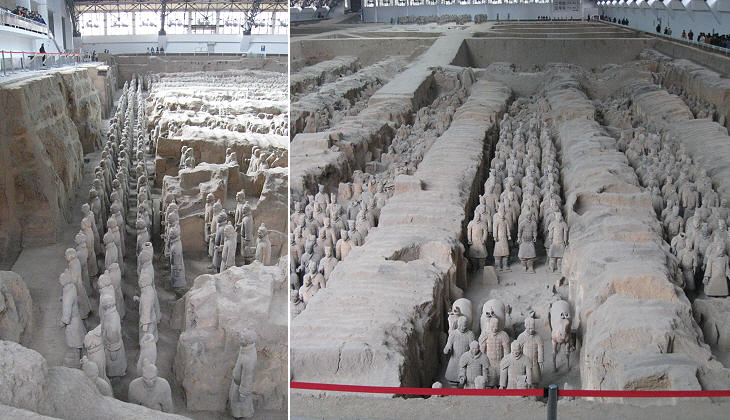 Qin Shi Huang was obsessed with the idea of death and he was determined to escape it or otherwise to retain its immense power notwithstanding it. He started the construction of his tomb when he was in his early forties while at the same time he was trying to achieve immortality; as a matter of fact he shortened his life by ingesting too many pills of mercury which his doctors recommended as an elixir for long life.
His tomb covers a vast area some twenty miles away from today's Xian; archaeologists have yet to excavate the actual site where the emperor was buried, but they already know that the ground covering it contains high levels of mercury.
In 1974 the digging of some wells in the area led to the discovery of underground corridors containing what is today known as the Terracotta Army. 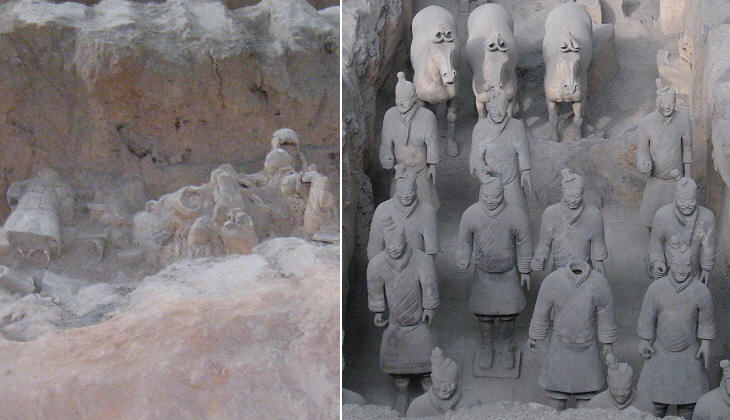 Qin Shi Huang tomb - Pit 1: (left) how the soldiers were found; (right) how they have been arranged

The death of Qin Shi Huang was followed by a period of unrest; the dynasty he founded lasted only three years after his death; it is thought that soon after the corridors containing the terracotta army were penetrated by robbers searching for the bronze weapons carried by the life-sized soldiers; this led to the smashing of most of them. 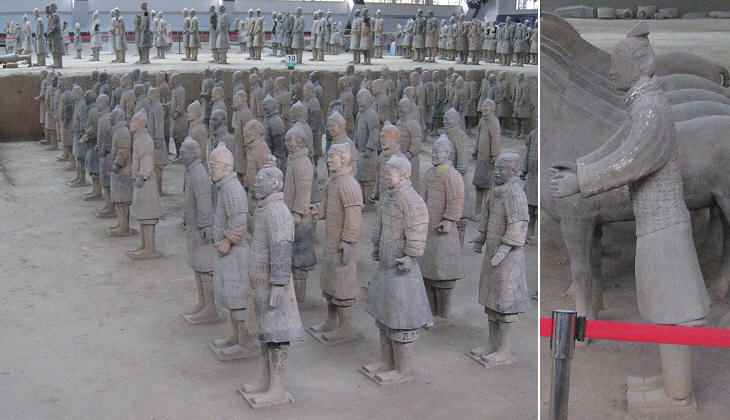 Chinese authorities have built a container to safeguard the Terracotta Army which is as impressive as its contents; it allows millions of visitors every year to have a panoramic view of the army which is heralded as the eighth Wonder of the World. 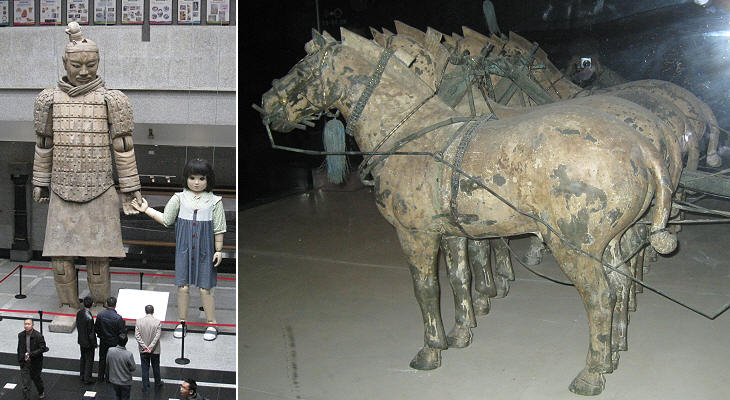 A museum attached to the pits contains a limited number of very well displayed exhibits. 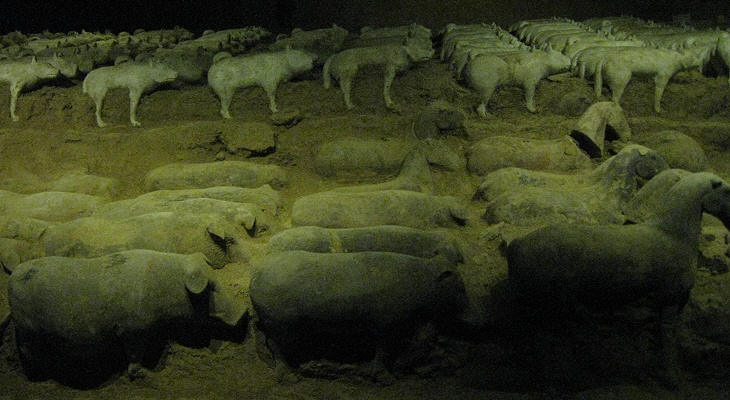 In 1990 during the construction of a road between Xian and its new airport a second terracotta army was found. The burial site has been identified with the tomb of Emperor Jing Di of the Han Dynasty (156 - 141 BC). Whereas Emperor Qin Shi Huang wanted to be followed in the underworld by his army, Jing Di decided to be accompanied by his whole nation. For this reason he ordered that terracotta figurines representing herdsmen and their varied flocks were to be placed next to his tomb in addition to soldiers.

By expanding enormously his burial cortège, Emperor Jang Di had to accept a reduction of the dimension of each figurine. Those representing men have the size of a doll and are without arms; these were made of wood and have been lost. 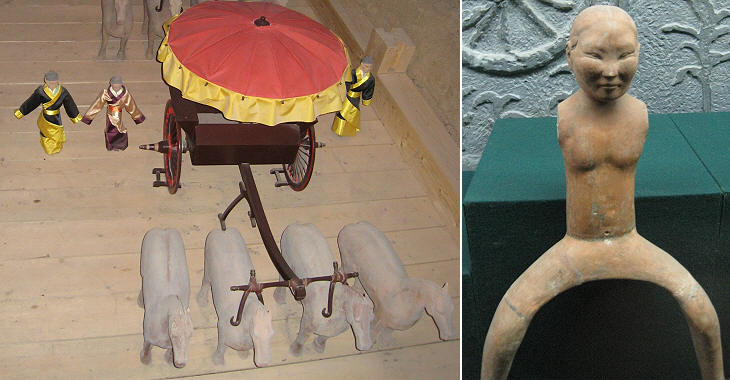