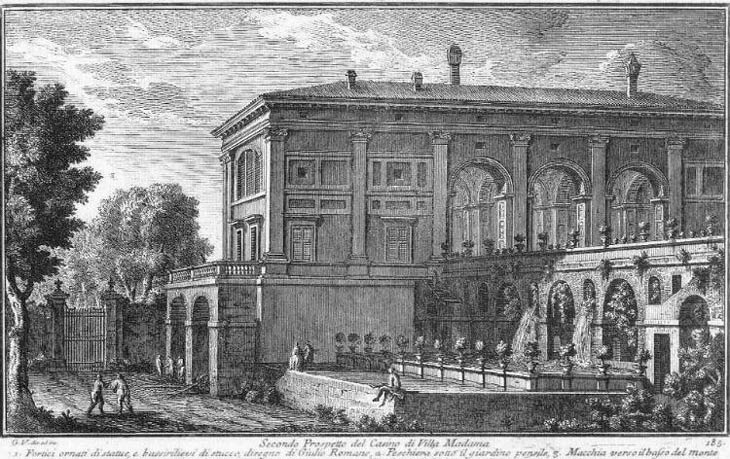 Giuseppe Vasi dedicated two plates to Villa Madama in his 1761 book of etchings showing the most beautiful villas of Rome. He did so because he found the site in such poor condition that he decided to leave a detailed record of the casino which was designed by Raphael. The villa is named after Margaret of Parma, natural daughter of Emperor Charles V and wife of Ottavio Farnese, grandson of Pope Paul III. In the first plate Vasi showed the southern side of the casino which faces Rome, while the second one was dedicated to the elegant loggia facing north and having a view over the countryside and Ponte Milvio.
In the description below the plate Vasi made reference to: 1) Loggia decorated by Giulio Romano; 2) peschiera (a fountain with fish); 3) side towards the hill (Monte Mario). The small late XIXth century map here below shows: 1) Villa Madama; 2) Site of today's Foro Italico; 3) Ponte Molle (Milvio). 3) is shown in another page. 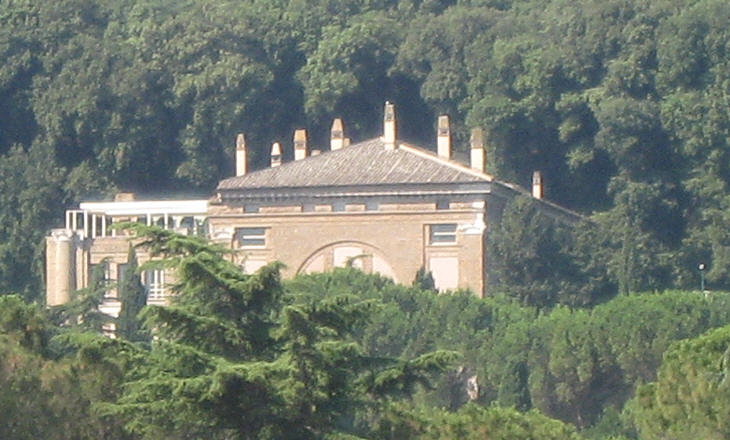 The view is taken from a distance because Villa Madama is currently used as a location for political meetings by the Italian Foreign Office and security measures are in place to prevent access to the site (more on the history and current status of Villa Madama in the page covering the first plate). Official photo of a meeting between members of the German and the Italian cabinets in July 2012. It shows a niche of the fountain. The German delegation included Mrs. Ursula von der Leyen, the president of the European Commission since 1 December 2019 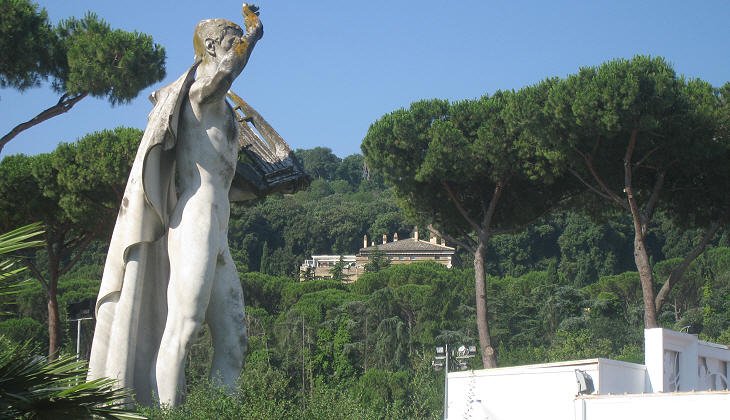 The photo of Villa Madama was taken from Foro Italico, a complex of sport facilities which was built in the 1930s in the plain between Monte Mario and Ponte Milvio; it is characterized by gigantic statues of naked athletes, often portrayed with a raised hand in a gesture similar to the Roman salute introduced by the Fascist regime of the time. The image used as background for this page shows one of these statues.
Vasi showed an ancient ruined church (Chiesa diruta) in a vineyard in this area in his 1761 Grand View of Rome, but Mariano Armellini in his 1891 detailed description of the churches of Rome came to the conclusion that it had been demolished during the first half of the XIXth century. 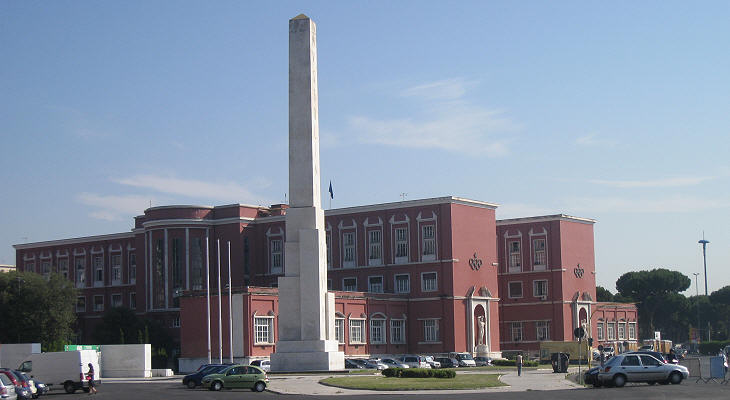 The original name of the complex was Foro Mussolini as it was dedicated to Benito Mussolini, the leader of the Fascist regime on the occasion of the tenth anniversary of his accession to power; the 1932 obelisk at the entrance to the complex bears his name and the word Dux, the title he gave himself as leader of the Fascist Party (Duce del Fascismo). 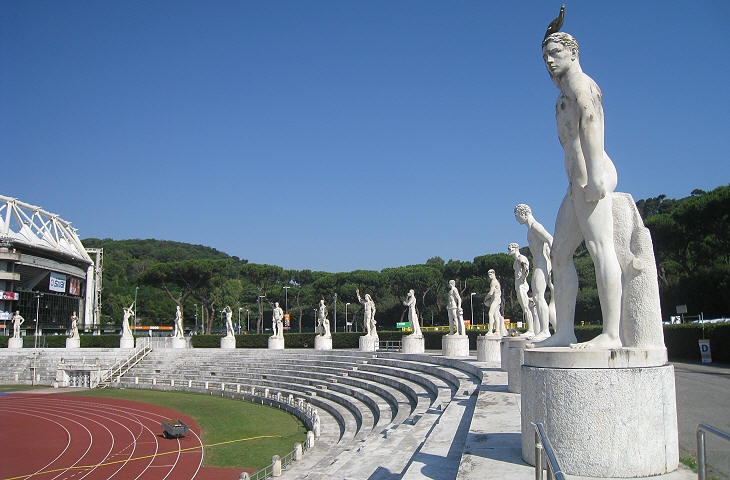 Stadio dei Marmi (to the left a small part of Stadio Olimpico, a large stadium which was built for the 1960 Olympic Games)

The construction of Foro Mussolini and in particular of Stadio dei Marmi (designed by Enrico Del Debbio) was a bonanza for Italian sculptors who were asked to portray athletes symbolizing Italian provinces. The facilities and buildings of the complex are of a relatively small dimension which fits well into the green background of the hill. Palazzo della Farnesina, a large building which you can see in the historical section of this website and other facilities were added or completed after WWII. 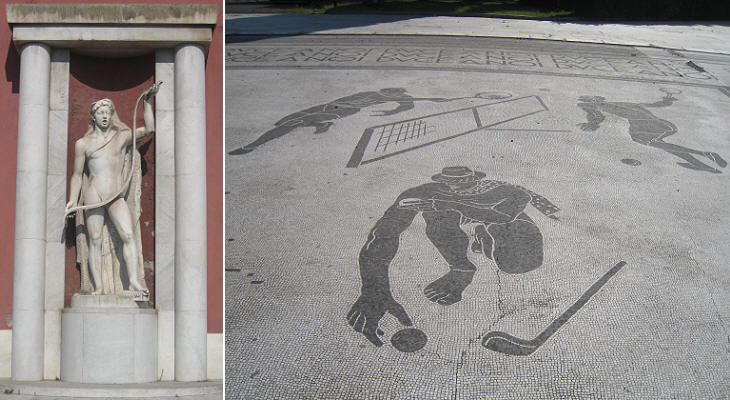 (left) Statue in a niche of Piscina Coperta (Covered Swimming Pool); (right) mosaic portraying naked golf and tennis players near Stadio Olimpico, it brings to mind that at Terme Marittime in Ostia

Next plate in Book 10: Casino della Vigna di Papa Giulio III.
You have completed Day 8 itinerary!
Start your tour of the Environs of Rome!