In the description accompanying his 1747 etching depicting Porta Portese Giuseppe Vasi wrote that the area near the gate was used as a burial ground from the time of Ancient Rome; Vasi accompanied Cardinal Domenico Silvio Passionei on a visit to a Jewish cemetery and he added a small etching to the text. It shows a tomb with a number of niches and an oil lamp which are both decorated with a menorah, the seven-branched candelabrum which is a symbol of Judaism and can be noticed also in the Synagogue of Ostia Antica.
The Jewish cemetery was affected by the construction of new walls and in 1645 the Jews were assigned a new cemetery near S. Prisca. 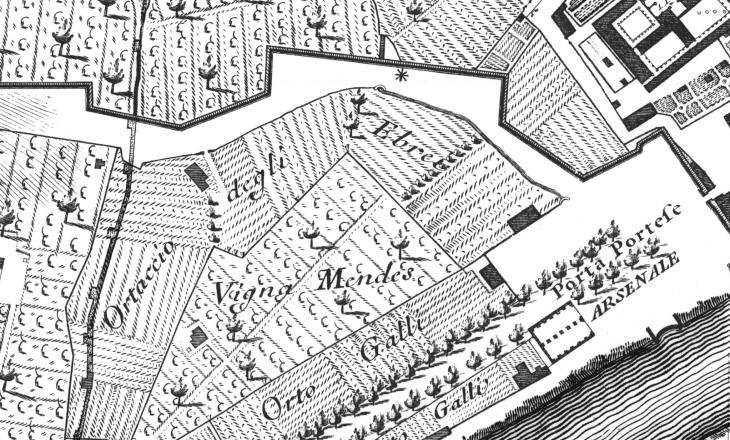 Section of the 1748 Map of Rome by Giovanni Battista Nolli

The map shows the new walls built by Pope Urban VIII and the remaining area of the Jewish cemetery (Ortaccio degli Ebrei). 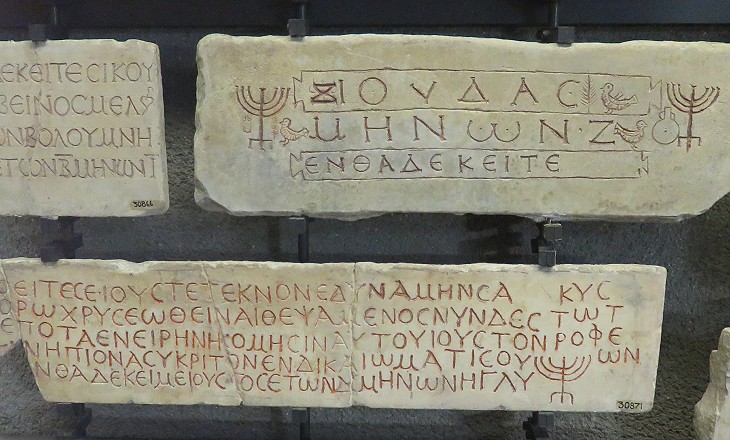 Musei Vaticani: Jewish tombstones with Greek inscriptions which were found in 1906 at Catacomba di Monteverde, not far from Porta Portese (ca IVth century) 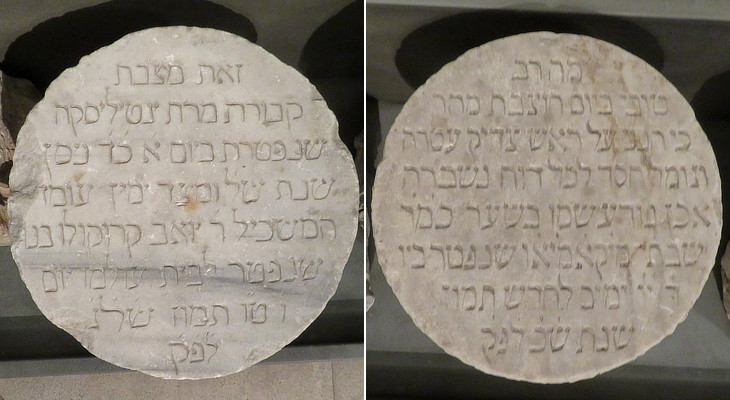 Musei Capitolini: sections of ancient columns which were used as Jewish tombstones in the XVIth century; they were found in 1889 when building a railway station not far from Porta Portese; the right one has an interesting inscription: "How great was my fortune the day I was quarried from the mountain! Thus, here I am, I am the crown upon the head of an honest man and I confer grace to every exhausted soul. It is for this reason his name is engraved on the door, the honorable Mr. Shabbatai Cammeo, who died the fourth day of the week (a Wednesday), the 16th of the month of Tammuz (July 20) in the year (5)320 (1560 AD)"