In this small plate of his 1747 book on the gates of Rome, Giuseppe Vasi showed (left) Porta S. Paolo from inside Rome and (right, based on old drawings) Porta Portese antica. The latter was pulled down by Pope Urban VIII in 1643 when the Pope redesigned the walls of Trastevere. 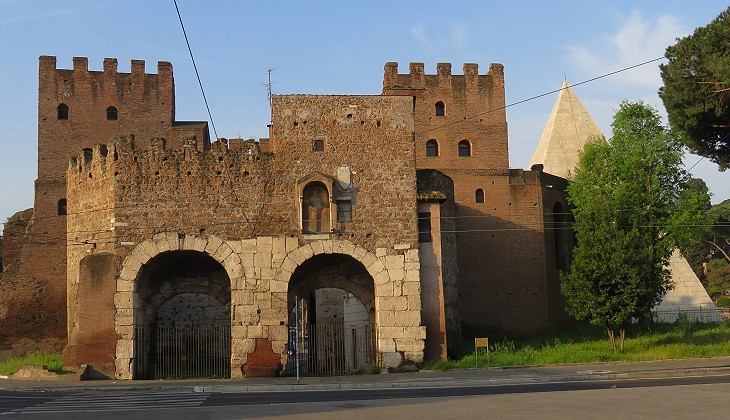 Today Porta S. Paolo can be called again Porta Trigemina (with three entrances) because the rear opening on the left which was closed at Vasi's time (see also another etching which Vasi made in 1771) has been reopened. In recent years the access to the interior of the gate was forbidden to protect it from vandalism. Due to its overall shape Porta S. Paolo is called il Castelletto (the small castle) by those who live in the area. A 1720 inscription stating the public use of the nearby meadows around Monte Testaccio is now affixed on the western wall of the gate. 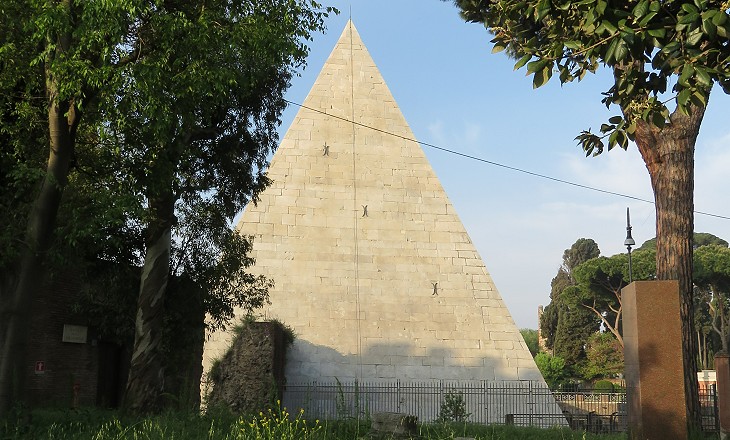 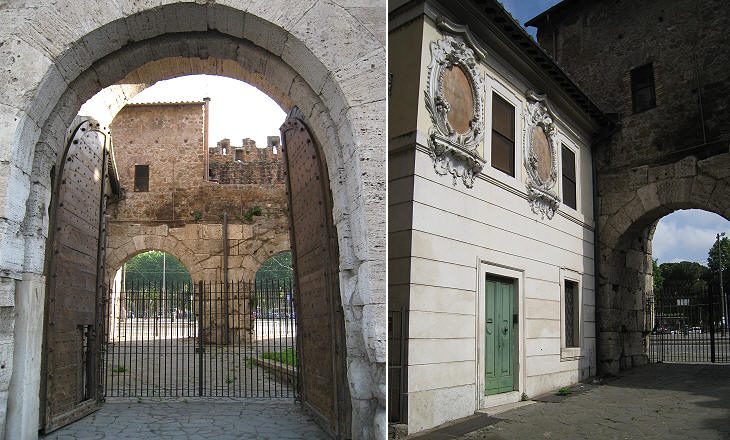 (left) The interior seen from the front entrance; (right) the customs house

In 1749 Pope Benedict XIV promoted a general restoration of the walls of Rome; the small building inside the gate was decorated at that time with two sacred images. Today it is part of a small museum covering the history of the gate and of Via Ostiense, the ancient road leading to Ostia. 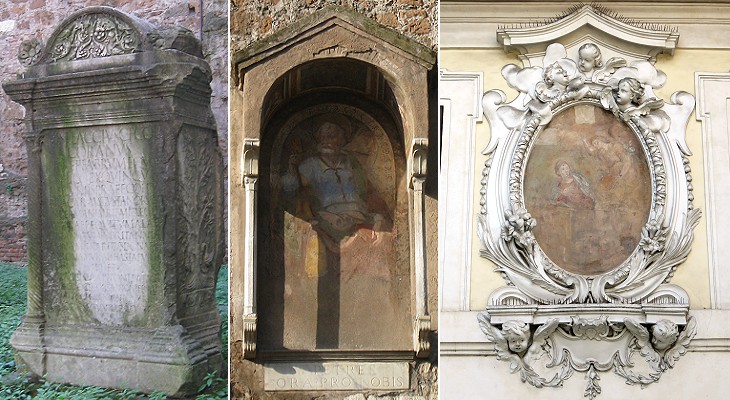 (left) Gravestone of Marcus Stlaccius Coranus, a military commander who fought in Germany and Britain in the small courtyard of the gate; (centre) painting portraying St. Peter above the rear entrance to the gate; (right) The Annunciation, sacred image on the customs house; a detail of its stucco frame is shown in the image used as background for this page (see other sacred images in the streets of Rome)

Maps from "Forma Urbis Romae" by Rodolfo Lanciani (1893): A) the locations of new Porta Portese (red) and ancient "Porta Portuensis" (black); 1) indicates the approximate location of Villa Della Porta Rodiani Sacripanti; B) plan of the ancient gate and of the nearby walls which included a large tower on the river; C) 1) Villa Della Porta Rodiani Sacripanti; 2) S. Maria del Buon Riposo; (inset) 1748 map by Giovanni Battista Nolli showing the entrance and initial section of the villa

Porta Portuensis, one of the three ancient gates of Trastevere was located close to the river and was strengthened by two towers. It had two entrances as did most of the other main gates, but one of them was closed in the Vth century; it was named after the road which from the gate led to Porto, the artificial harbour built by Emperor Claudius as an alternative to Ostia. It had an inscription similar to that placed by Emperor Honorius at Porta Maggiore. It was replaced by a new gate (Porta Portese) half a mile north of the old one. 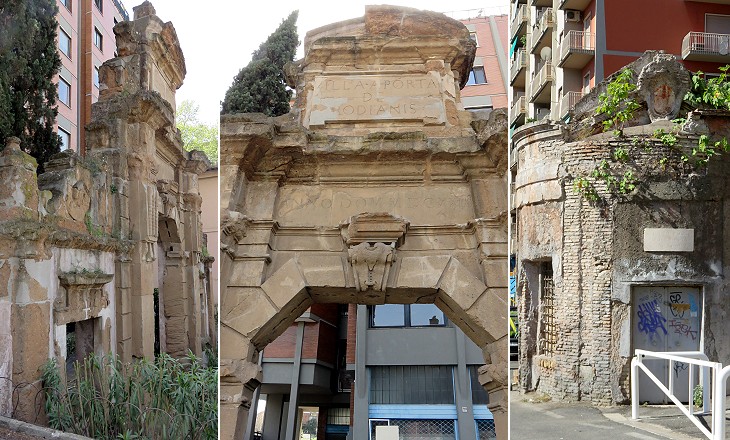 The area near the site of the ancient gate was developed after WWII by building very large apartment blocks; the small garden of one of them houses a 1629 portal; it was the entrance to a property of the Massimi which at a later time was acquired by the Della Porta Rodiani and eventually by the Sacripanti, a family from Narni.
The Massimi had a small chapel nearby for their servants and farmers; it was deconsecrated in the early XXth century and then deprived of all its decorations and used for various purposes. It is now in extremely poor condition in a large square where every Sunday the Porta Portese flea market takes place.

Next plate in Book 1: Porta Portese.