The Greek colonization of the Black Sea is associated with two mythological events: the War of Troy aimed at unblocking the passage to the straits (Dardanelles/Bosporus) which was controlled by that city and the expedition of the Argonauts led by Jason to conquer the Golden Fleece in Colchis (today's Georgia); in origin this second myth was referring to the western expansion of the Greeks into the Adriatic Sea up to the mouth of the River Po. 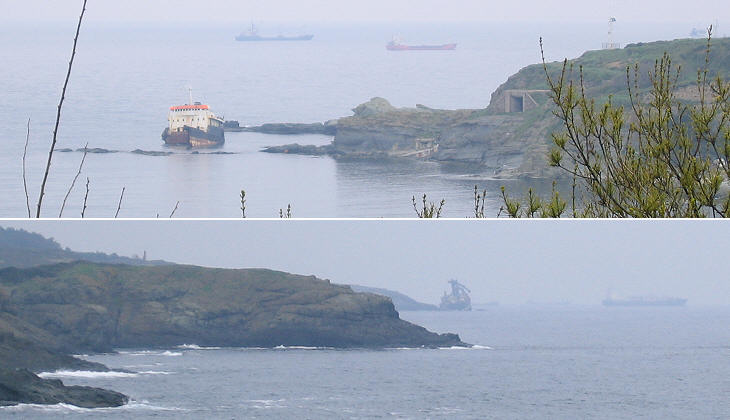 Shipwrecks between Kilyos and Rumeli Feneri

August 1794. Near the mouth, or rather the head, of the Bosphorus the shores are very wild. You go along under high, black rocks, against which the water dashes with great violence. There are no trees or verdure on them, and their appearance, if the sea was in a storm, must be most tremendous; the swell here is always violent, however, and the noise of the sea breaking amongst their different caverns is peculiarly awful and striking.
The letters of John B.S. Morritt of Rokeby descriptive of journeys in Europe and Asia Minor in the years 1794-1796.
Euxeinos Pontos, the Greek name for the Black Sea meant Hospitable Sea, but it most likely replaced Pontos Axeinos (Inhospitable Sea), a reference to the dangers of that sea; an aspect which struck the Greeks unfavourably was the absence of islands while the presence of many islands facilitated their navigation in the Aegean Sea (for this reason they built a temple to Mars on the only very small island they found).
In particular the transit through the Bosporus posed great risks; in the Argonauts' myth these are symbolized by the Symplegades, moving rocks which perpetually shrouded in the sea mist guarded its northern entrance. 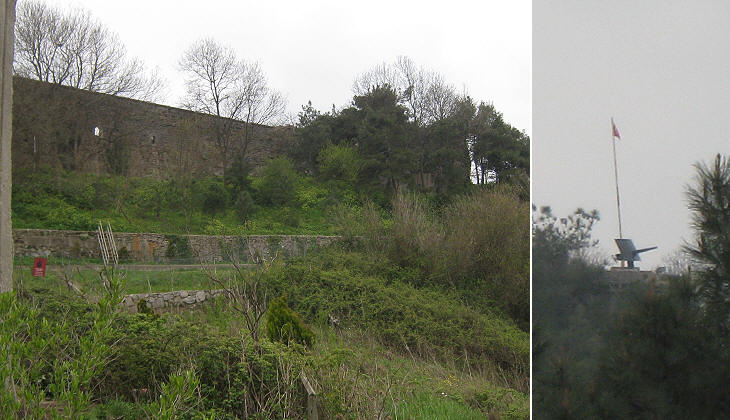 Fortress of Kilyos: the red poster in the left image contains a warning about taking photos

Genoese ships had to wait for favourable sea and weather conditions before approaching the Bosporus; for this reason a small bay which is located a few miles west of the entrance was fortified with a small castle; similar to other Genoese bases it was occupied by the Ottomans after they conquered Costantinople in 1453.
It is hard to understand why the Turkish Army still considers the castle a military zone, photographing of which is prohibited.

View of the fortress from the sandy beach

Kilia, the Greek name of the site, means sand and a very long beach is located to the west of the fortress; Kilia was also the name of an important Genoese base at the mouth of the Danube.

Rumeli Feneri (European Lighthouse, a detail is shown in the image used as background for this page)

Perhaps the myth of the Symplegades originated from two rocks which guard the point where the Bosporus opens up into the Black Sea; the site is named after a lighthouse built by the French during the Crimean War. Rumeli means European/western in line with the usual meaning of Rum (Rome) in the Levant. 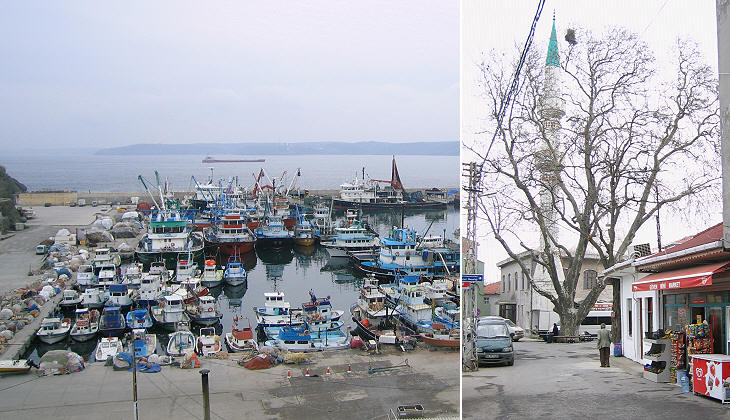 Rumeli Feneri was a Greek village until the exchanges of populations between Greece and Turkey in the 1920s; today it is badly modernized, but it retains the high plane (sycamore) tree under the shade of which the elderly used to spend their days. 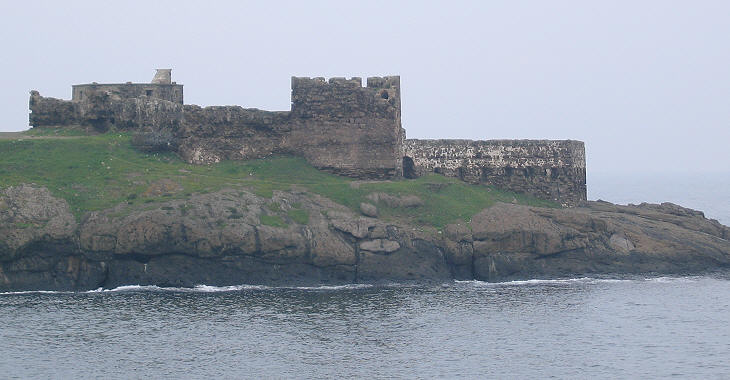 August 1794. Nearer the Euxine are some old towers which have served to guard the passage, and now ornament the banks they once defended, and two built as modern fortifications by Baron de Tott, which I am told would not be bad defences if the Turks understood them, but their strength remains to be proved by the Russian Empress's Euxine fleet. Morritt
The original medieval fortification at Rumeli Feneri was totally redesigned to place many cannon there. Because for many centuries the Black Sea was an Ottoman lake, the change must have occurred in the XVIIIth century. 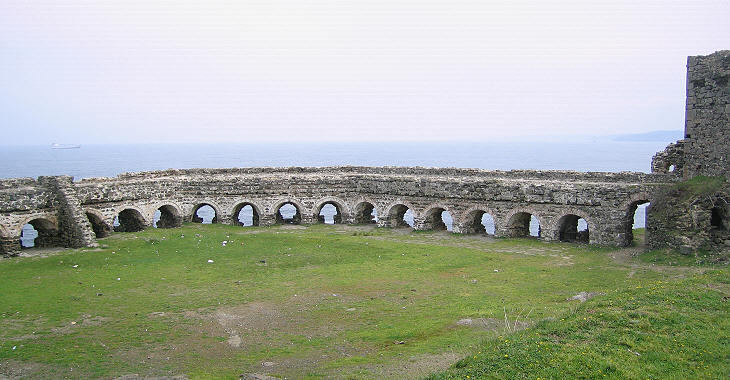