in the Canopy of S. Pietro 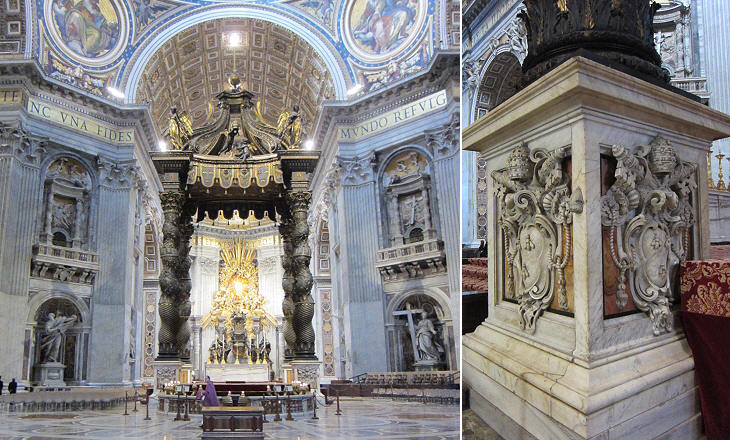 The eight coats of arms are all slightly different. Below the intersection of the keys Bernini sculptured the face of a young woman who sometimes looks very distressed.
There are several interpretations of the meaning of these faces. 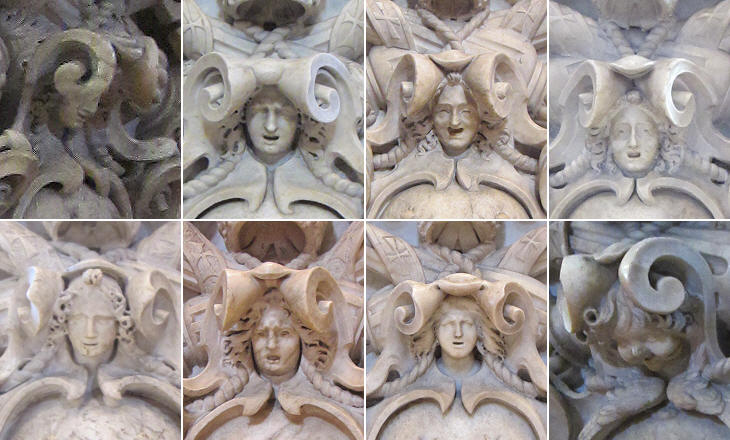 The following is the story I prefer.
The young woman is Giulia Barberini, a niece of Pope Urban VIII. The Pope loved her very much and he was worried about her difficult pregnancy. Urban VIII and Bernini were on very friendly terms and Bernini represented Giulia's laborious delivery. That's why the young woman's hair gets ruffled and her face shows a growing pain. The faces are taken starting with the coat of arms on the SE corner and then moving clockwise to finish with the NE corner. The last face shows a little angel: Giulia's delivery ended well! 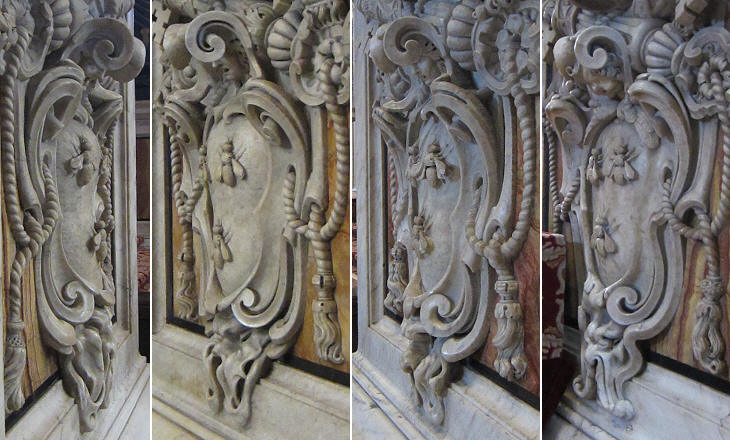 The side views show the curved lines of a female body and the almost unsurpassed mastery of the sculptor.
The eight coats of arms are different in many other details, but the masks in the lower part are very intriguing and deserve some attention. 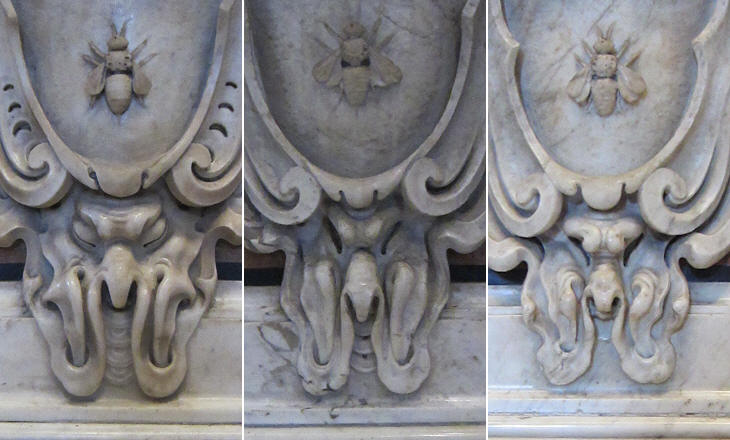